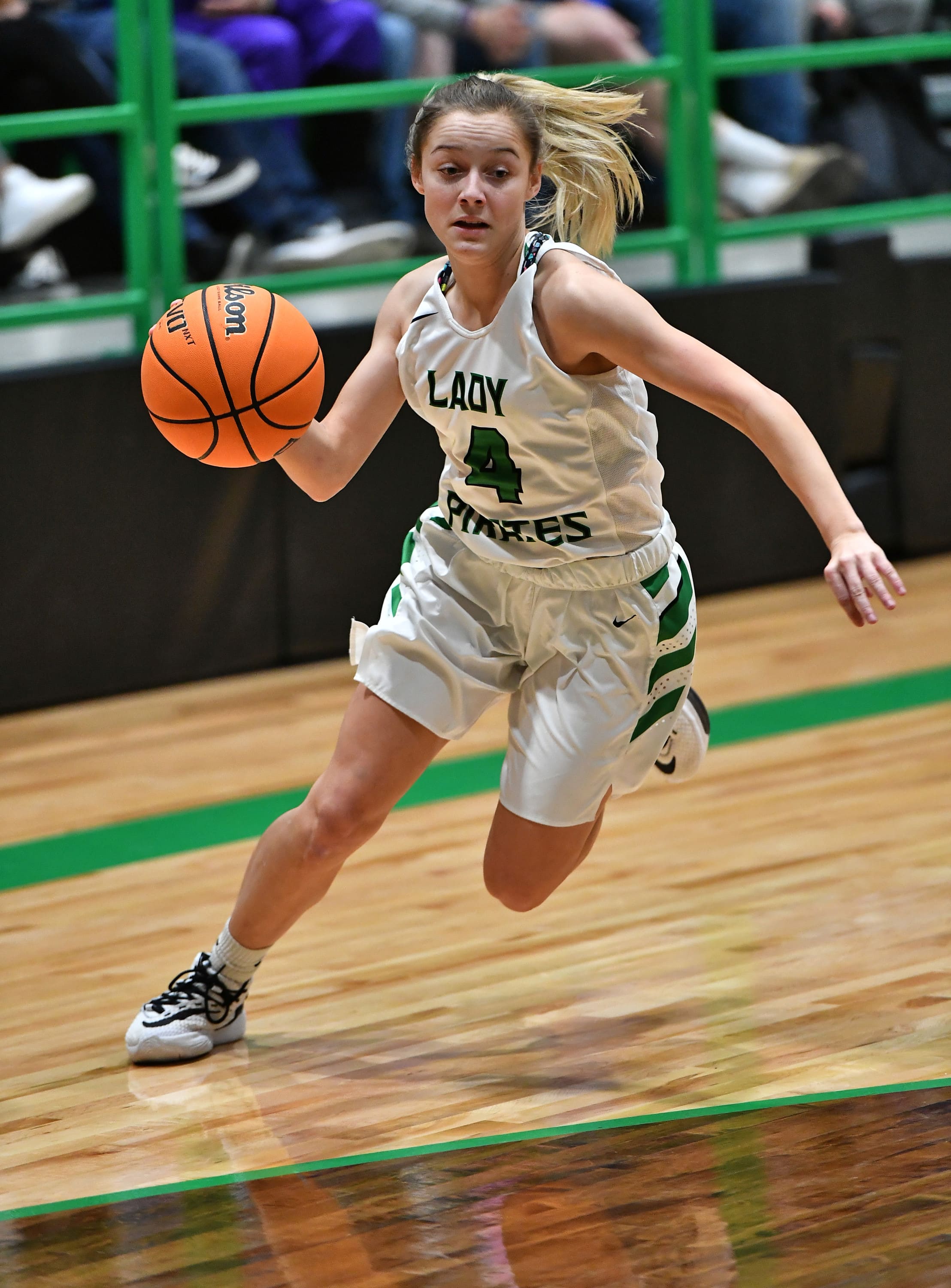 View/Purchase Game Photos
Sign-Up CSSN Subscription
GORE – The underdog Pirates (1-1) were facing the number eleven ranked Central Sallisaw Tigers (1-0) at home Friday night. The Gore ladies showed a bit of the nerves early but settled down to give Central a good run in the Tigers first contest of the season.

The Pirates were down by 12 after the first and 18 by halftime and it looked as if the rout was on, but the Lady Pirates had other ideas.

After the break it was a different group of Lady Pirates that took the court. In fact, Gore went on a 12-point run allowing the Tigers just 4 points in the third quarter. They went on to get the score within 3 early in the fourth but that’s as close at it would get.

Central pulled away late in the final period to finish the 10-point victory 43-33 and give the Lady Pirates their first loss of the season.

Sky Brookshire was top scorer for Gore with 11 points followed closely by Taylor Short with 10. Katelyn Boggs led Central’s point getters with 15 points, 9 of which came in the Tigers 22-point opening period.

It doesn’t get any easier for Gore next week as they will host cross-town rival and 10th ranked Warner Eagles Tuesday and then face a tough Okay squad to end the week Friday night. Central will remain on the road to play at Stigler Monday evening.