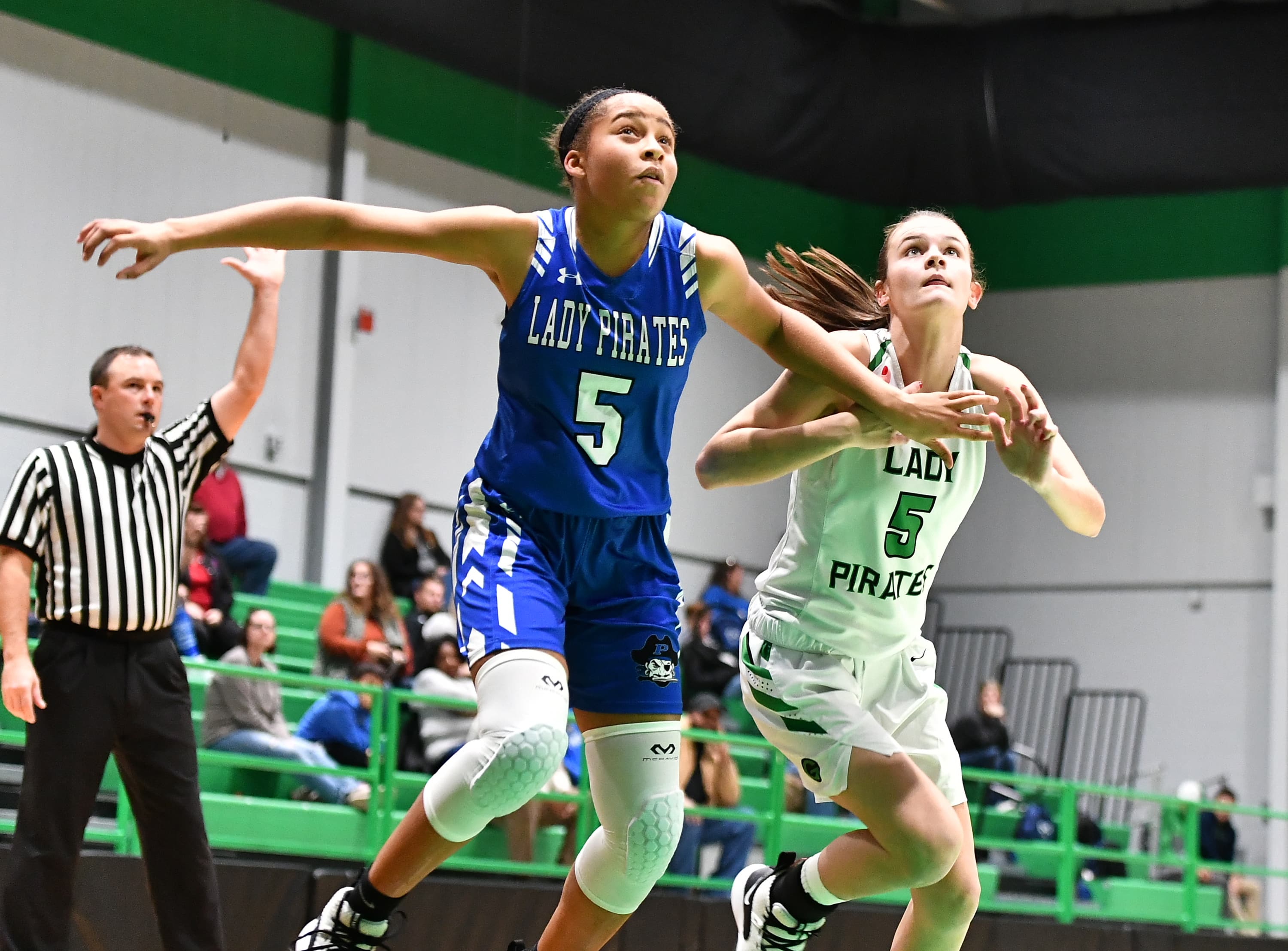 View/Purchase Game Photos
Sign-Up CSSN Subscription
GORE – Thursday night it took overtime to decide the winner in the battle of the Pirates. The green Pirates from Gore (1-0) narrowly got past the blue Pirates of Porter (0-2), 45-43 in a thriller with just seconds remaining in the extra frame.

The battle started as a defensive contest with both teams having trouble penetrating the perimeter. With the score just 9-3 in favor of Gore after the first period and 18-9 at the half the fireworks started as the second half began.

Taylor Short put up 7 points in the third and Skye Booker added a three-pointer for Gore, but Charmayne Marshall answered with 7 for the blue Pirates and Bailey Robertson and Hannah Walker each added 3 points to close the gap to 8 points, 22-30 in favor of Gore.

In the final period of regulation Gore had foul troubles, allowing 7 points from the charity stripe by Porter while the Pirates from Gore could only muster 8 points in the period to end regulation all tied up at 38 each.

Short was the top scorer for Gore with 15 points and Marshall finished with 13 for Porter.

Gore will be back in action Friday against Sallisaw Central in their Homecoming game while Porter returns home to take on Okay on December 10th.