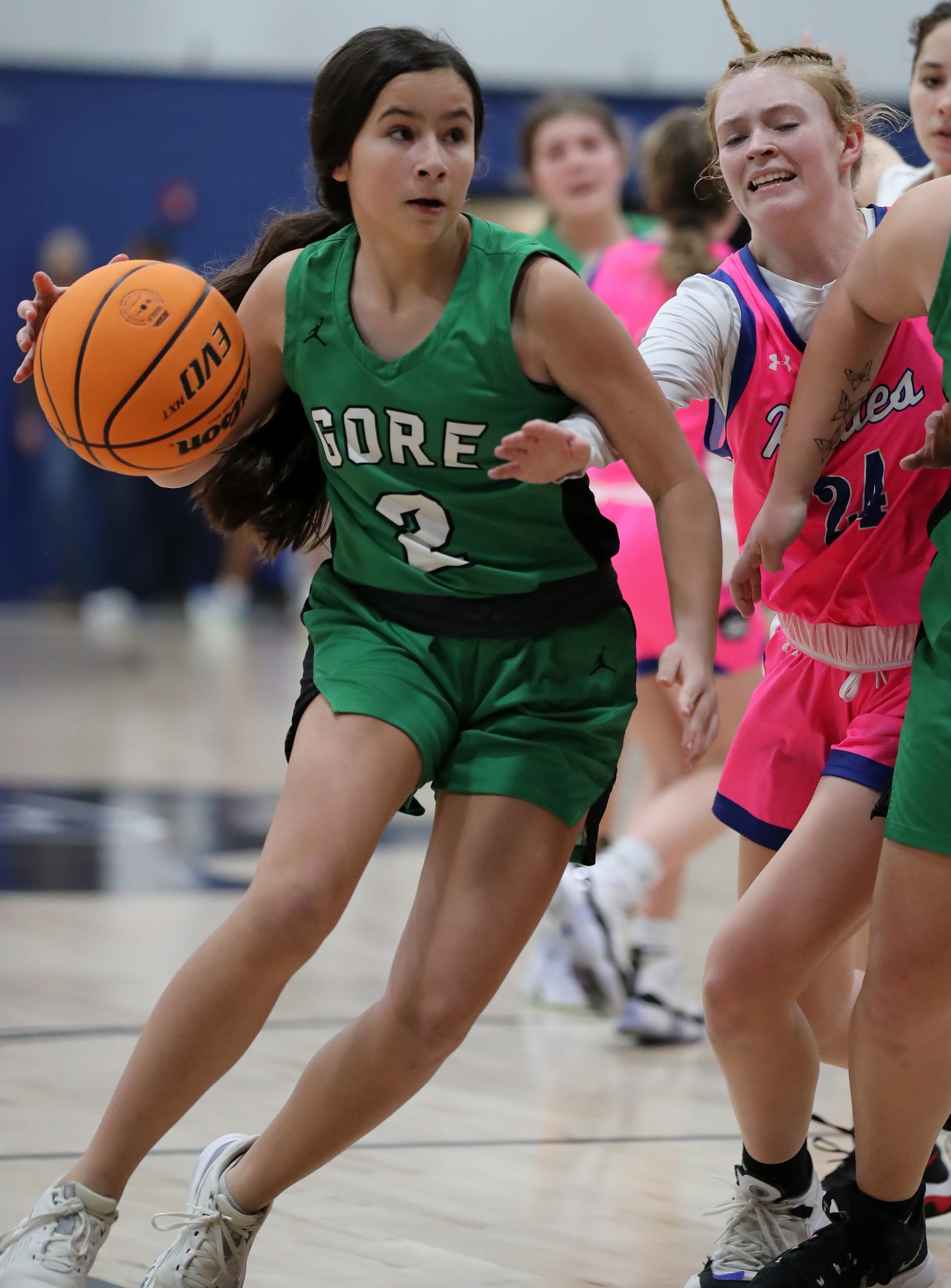 PORTER – The Gore Lady Pirates (2-7) fell just short of their season high point total by scoring 56 in a 56-45 road win over the Porter Pirates.

The win was the first road victory for Gore and second highest season point total behind a home win over Gans back in December when they put up 60 points.

Lindsey Pierce gets the star of the game for her 24-point performance. Pierce scored 12 of the 24 in the fourth quarter.

Porter trailed Gore by just two at the half but fell behind by 8 after three. The fourth was a scoring frenzy with The Pirates of Gore outscoring the Porter Pirates 16-15 for the 56-45 win.

Emily Daily and Kennedy Williams each had 9 points for Gore and Lauren Lindell hit double figures for Porter with 10 points.

The Pirates will get back in action Thursday at the Porum Tournament when they play Central, and Porter will face Chelsea in the Mounds tournament Thursday afternoon.