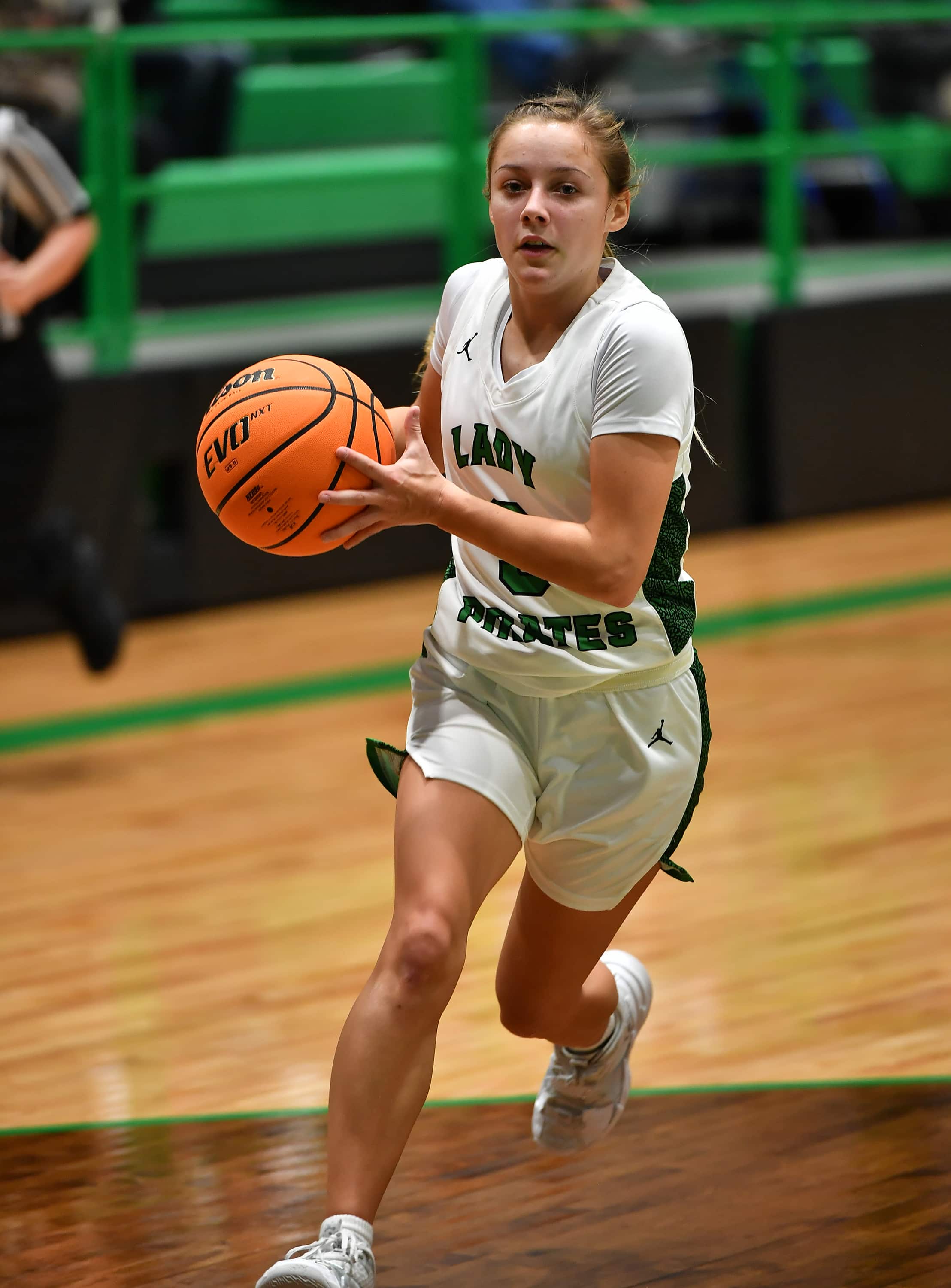 View/Purchase Game Photos
Sign-Up CSSN Subscription
GORE – The Gore Lady Pirates (1-1) jumped out in front of the Okay Mustangs (0-1) Tuesday night and never looked back dominating Okay with a 50-9 win.

Gore took control right from the tip off putting up 14 points in the opening period and not allowing a single point by the Lady Mustangs to open up a 14-0 advantage after the first eight minutes.

It was not until under a minute remained in the first half that Okay could get on the board thanks to a Hallee Walker two pointer. Walker accounted for all 9 of the Lady Mustang points.

The Pirates were led by Skye Brookshire with 10 points followed by Kaydance Moore with 8, Ralea Brookshire with 7 and Kara Brimm, Karli Springer and Andi Summerlin each netting 6 points.

The Lady Pirates will hit the hardwood again on the 14th in the Savanna Invitational tournament while the Mustangs will take on the 19th ranked Webbers Falls Warriors at home on the 15th.