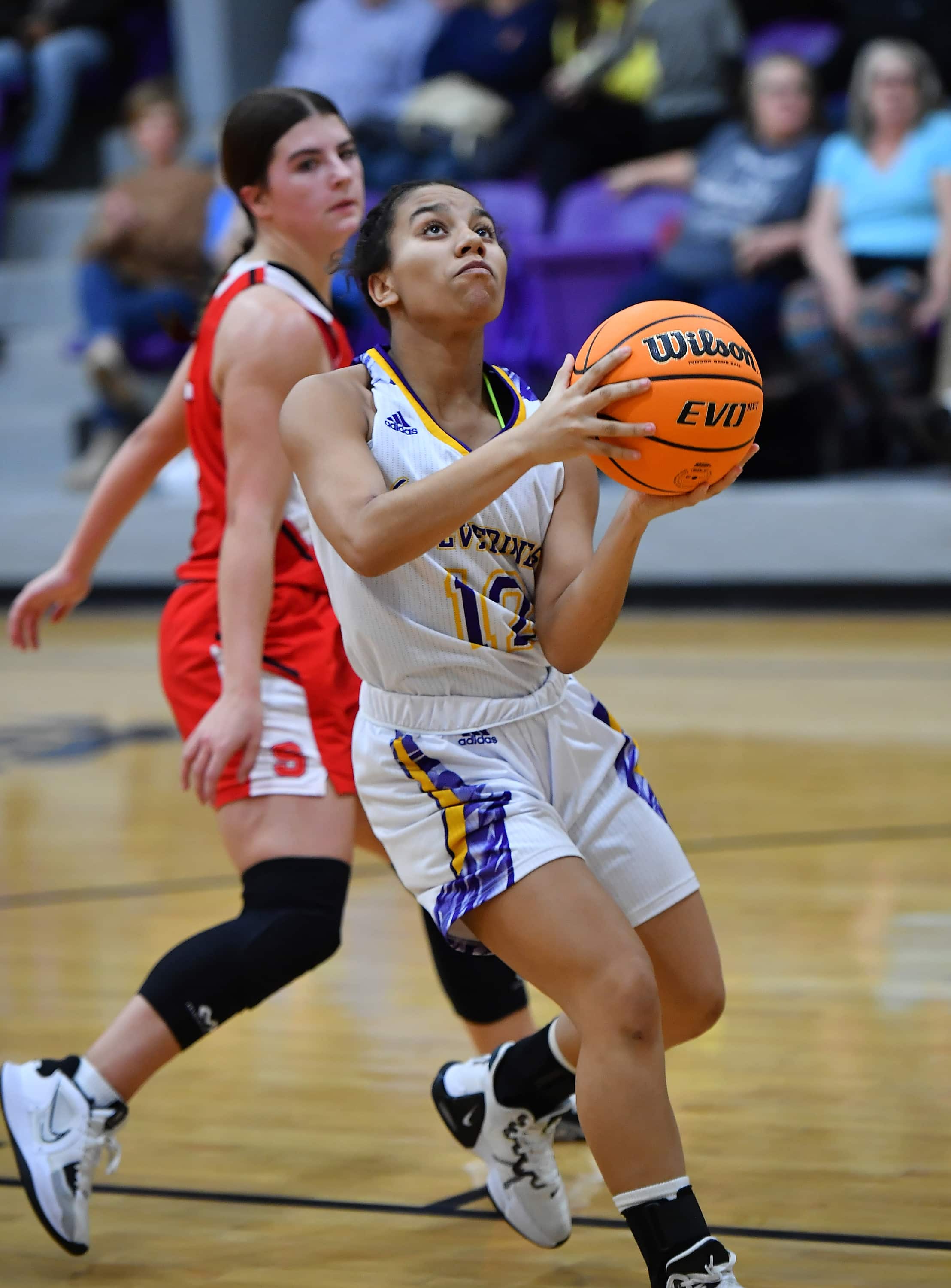 The opening eight minutes fairly well for Vian as they were ahead 8-4 after one, but the Panthers caught a gear in the second.

Trailing after one, the Stigler girls put on a defensive show forcing turnover after turnover to outscore the Wolverines 23-9 in the second to lead by 10 27-17 at the half.

To add to the strange night, the weather played a part at halftime as there was a tornado warning issued and the gym was evacuated to the safety of the fieldhouse. After the 45-minute delay the Panthers kept up their defensive play outscoring Vian 22-16 in the third.

Madi Jones (9), Gentry Powell (6) and Jordan Johnson (6) accounted for all the Panther points in the period.

On the night, it was Powell and Jones who topped the scoring for Stigler with 17 points each with Hiahni Howard also in double figures with 10 points.

The Lady Wolverines were led by Avery Wright with 17 points. Maci Smith followed with 10 points.

Vian was dropped to the losers bracket and will play next at 4:00 pm Wednesday at home against the loser of Gore – Roland, and Stigler will move on to Muldrow in the winners bracket to face the winner of that matchup also at 4:00 pm.