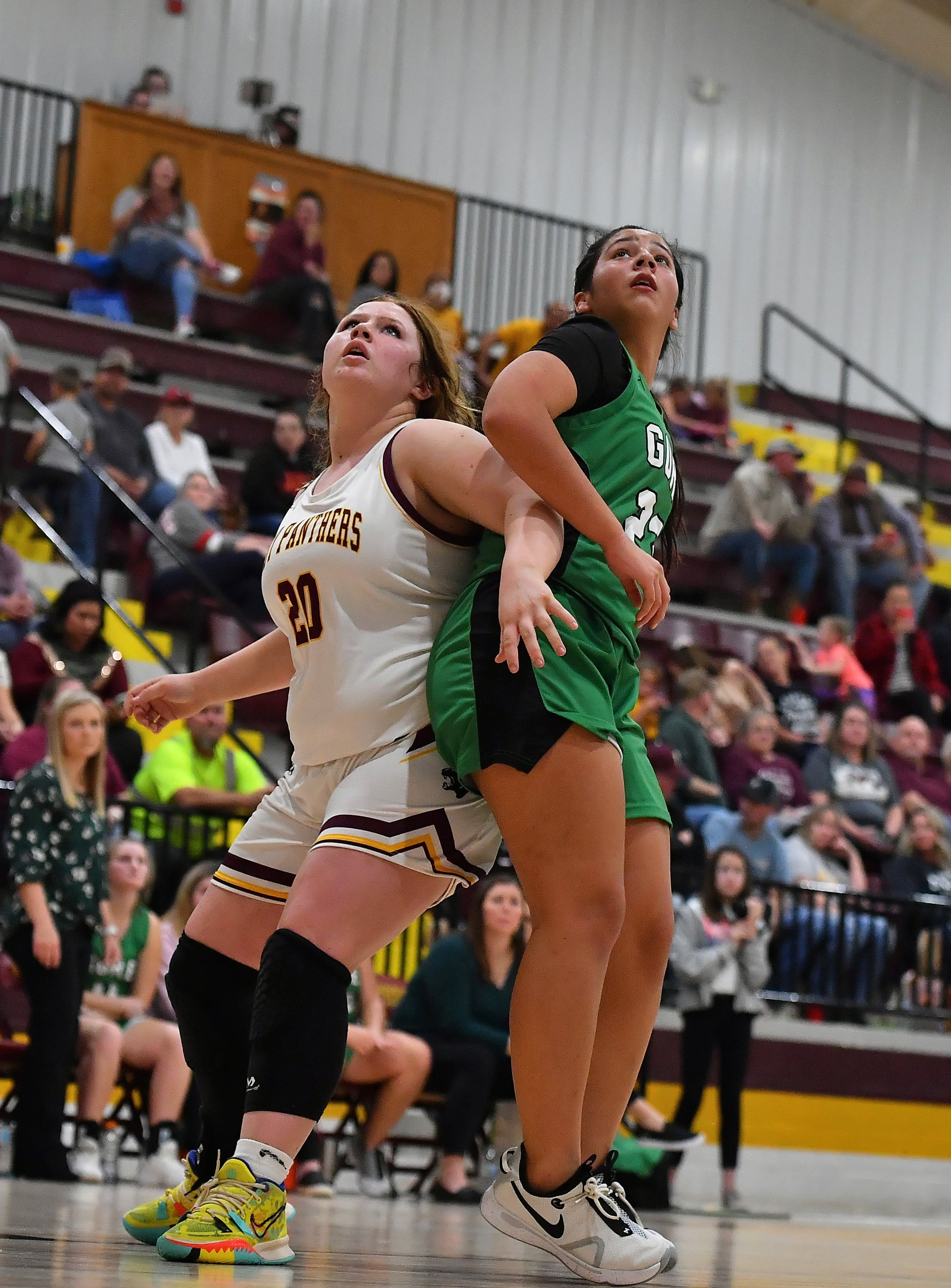 PORUM – The Lady Panthers came out swinging Tuesday night to take their opening home contest 64-20 over the Lady Pirates of Gore.

From the onset, The Panthers out hustled Gore forcing turnovers and dominating the offensive and defensive boards.

After the opening quarter Porum had a substantial lead of 23-6 that was led by Rilee Miller and Mallory Barrett who each posted 7 points in the opening session, each hitting once from beyond the 3-point line.

Miller finished with 10 points on the night. Barrett, who scored 7-points early left the game after an injury in the opening period.

Courtney Pease led the Panthers with 14 points followed by Kylie Smith with 11 and Miller and Kolby Pevehouse each scoring 10 points.

The Pirates Ralea Brooksher led the way for Gore with 7 points with Paige Curran and Kaydence Moore each netting 5 points. Aspyn Cearly accounted for the other 3-points for Gore with a shot from behind the bonus line in the opening period.

Porum (2-0) will take the court again Friday when they travel to Arkoma (0-1), with the Pirates (0-1) hitting the road to McCurtain to take on the #11 ranked, Class B Bulldogs who are 3-0 averaging 63 points over their first three contests.