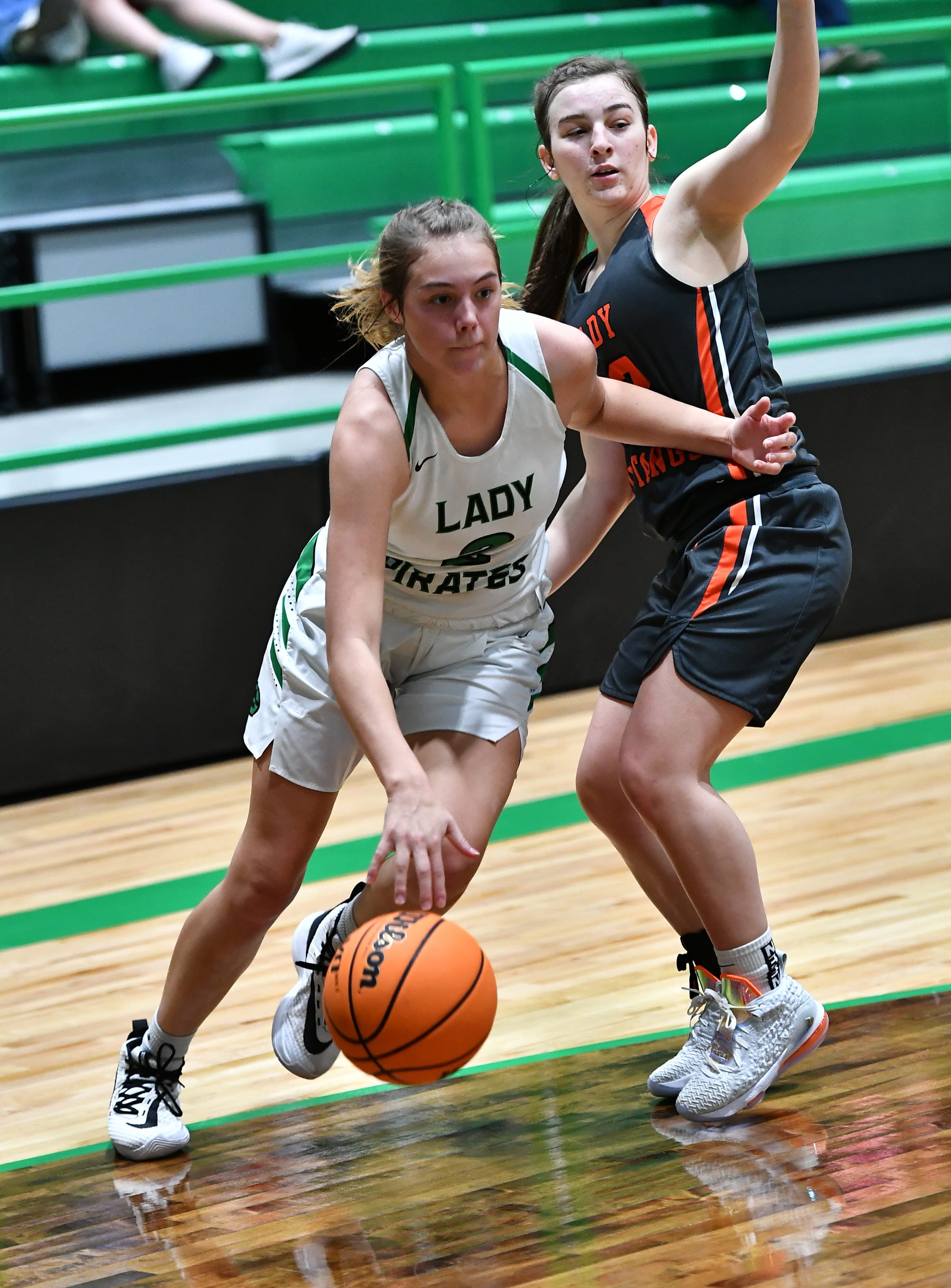 Both teams had trouble finding the range as the game opened and finished in single figures after the first eight minutes with the Mustangs holding a slim 5-2 lead.

The second period was a bit better for Okay scoring 12 points with Carman Parnell and Shyni Green each with 4 points in the period. Halftime found Gore down by eight points, 17-9 at the break.

It was the third period that opened up the game for the Mustangs. It was raining three-pointers on the OK side of the court with Parnell sinking three and Macy Anderson with another. Parnell had a total of four buckets from beyond the line and totaled 14 for the game. She was followed by Green with 7 and Anderson with 6 points.

No Pirates reached double figures for the contest. Taylor Short was the top point getter for Gore with 8 points.

The Pirates will take to the court again Friday night when they travel to 2A Gans (5-4), while the 7-1 Mustangs head to Hulbert (1-4) on Thursday