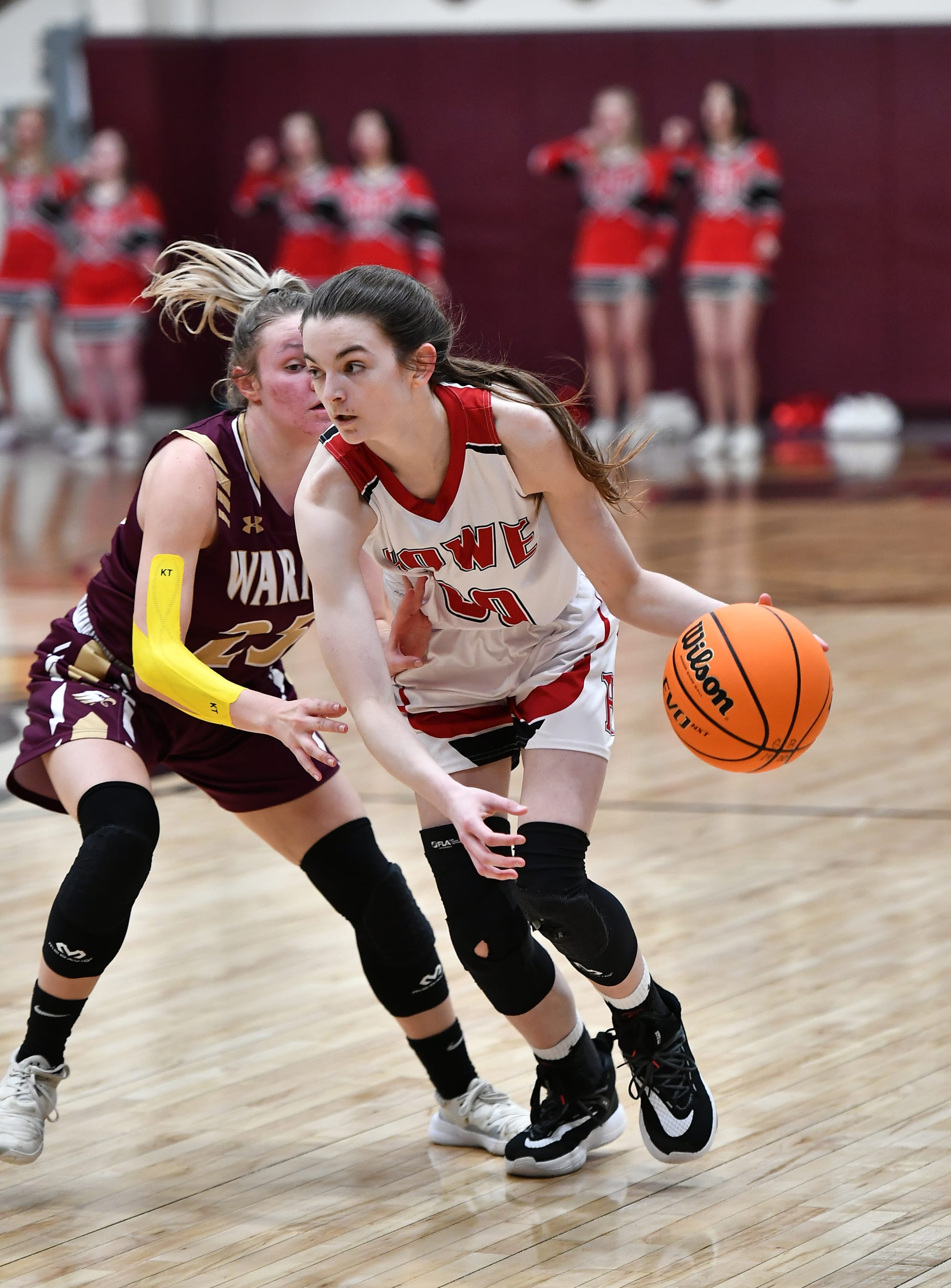 View/Purchase Game Photos
Sign-Up CSSN Subscription
WARNER – The Howe Lady Lions were simply too much for the Warner Lady Eagles in the final period Thursday night and finished strong to send Warner to the Consolation Bracket via a 66-49 convincing win.

The Lady Eagles who had a bit of trouble with Howe’s press defense all evening started strong with Jaylee Kindred controlling the boards on both ends of the court. Kindred muscled her way to the hoop in the opening period scoring 11 points in the opening quarter.

The Lions who led by 8 at the break, were matched by Warner in the third as the Eagles got within six points after three, but that’s as close as they would get.

The final period saw Howe’s defense and full court press get to Warner who could only muster 5 points in the final eight minutes while the Lions put up 16 to pull away for the win.

Raelyn Delt was high scorer for Howe with 13 points. The other two Lions in double figures were Kalon Nye and Makayla Twyman who each had 10.

Kindred topped the Eagles with 23 on the night and Kylea Terrell had 13 including two 3-pointers. Terrell also went 5-for-6 from the charity stripe.

Both teams will head for Okemah for the next round of Regionals with the Eagles taking the court in the consolation bracket tomorrow night at 6:30 and Howe getting a rest until Saturday in the Winners bracket.