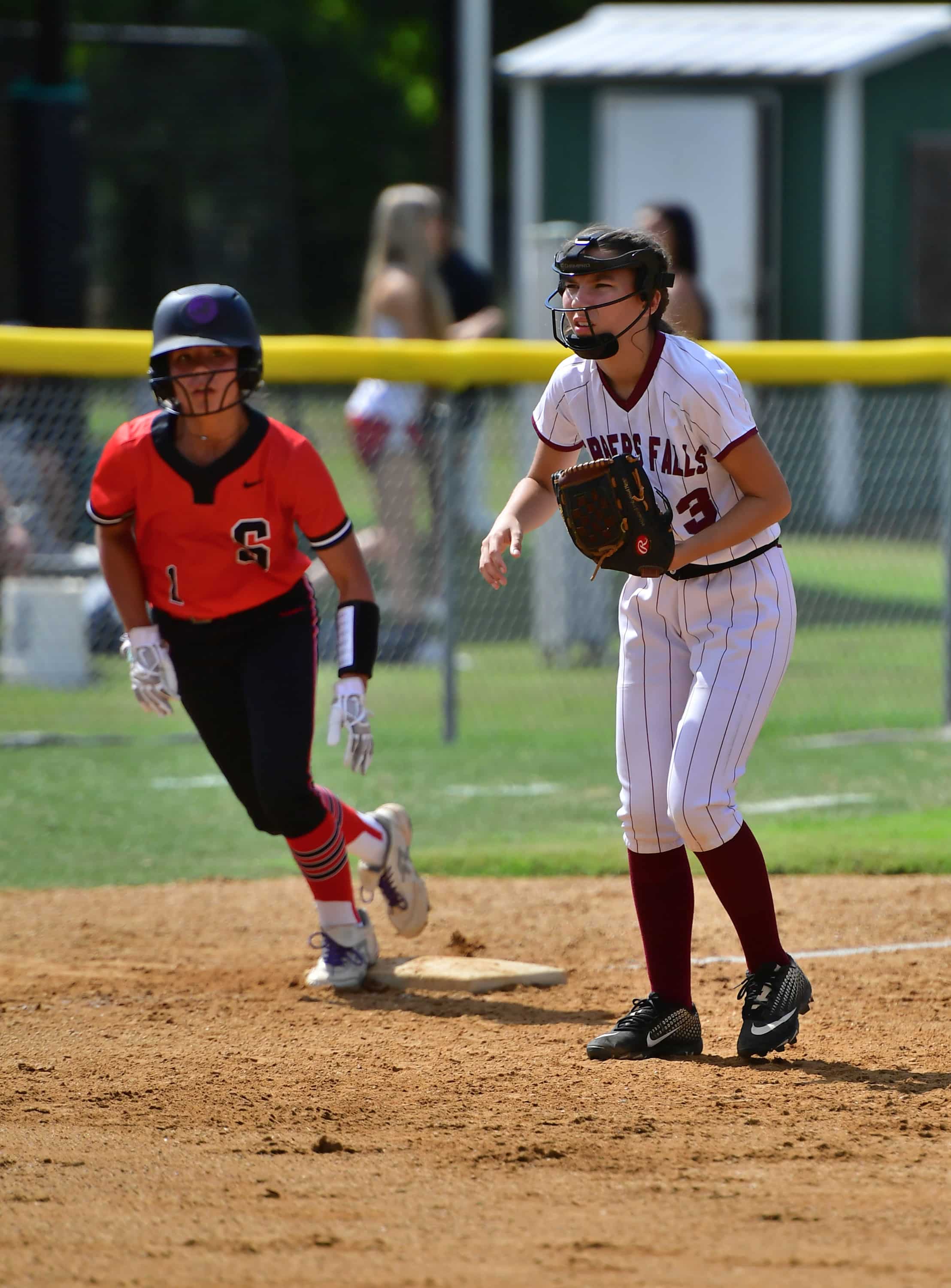 GORE– The Webbers Falls Lady Warriors drew a blank in their opening game of the 2022 Gore Tournament. The Lady Indians of Stilwell notched 7 runs in the first and another 10 in the second to shut out Webber 17-0 in the first round of the tournament.

A very young Webbers Falls team led by first year coach Kera Carter is in a building year with just two seniors on the roster. Maddy Raskey, a junior who switched from outfield to pitcher, started the game and had control problems leading to the 7-run opening inning for the Indians

Madison Ingram, Avery Knight, Taya Ross and Katelyn Wilson all doubled for the Lady Indians Ingram topped the RBI list with four and Wilson and Morgan Livers each delivered two.

On the Warriors side it was Samantha Griffith breaking up the no-hitter in the bottom of the second with a single to right field.

In the circle, Ingram did not allow a hit tossing a strike percentage of .696, striking out two and did not allow a base runner. The Warriors sole hit came in the second inning with Alena Vann pitching. Raskey for the Warriors allowed 8 hits and walked 11 Indians over an inning and one third.

The Indians went on to defeat Oktaha later in the day 9-1 to remain in the winners bracket in the tournament.