Lady Hornets Hang on for the Win over Cardinals. 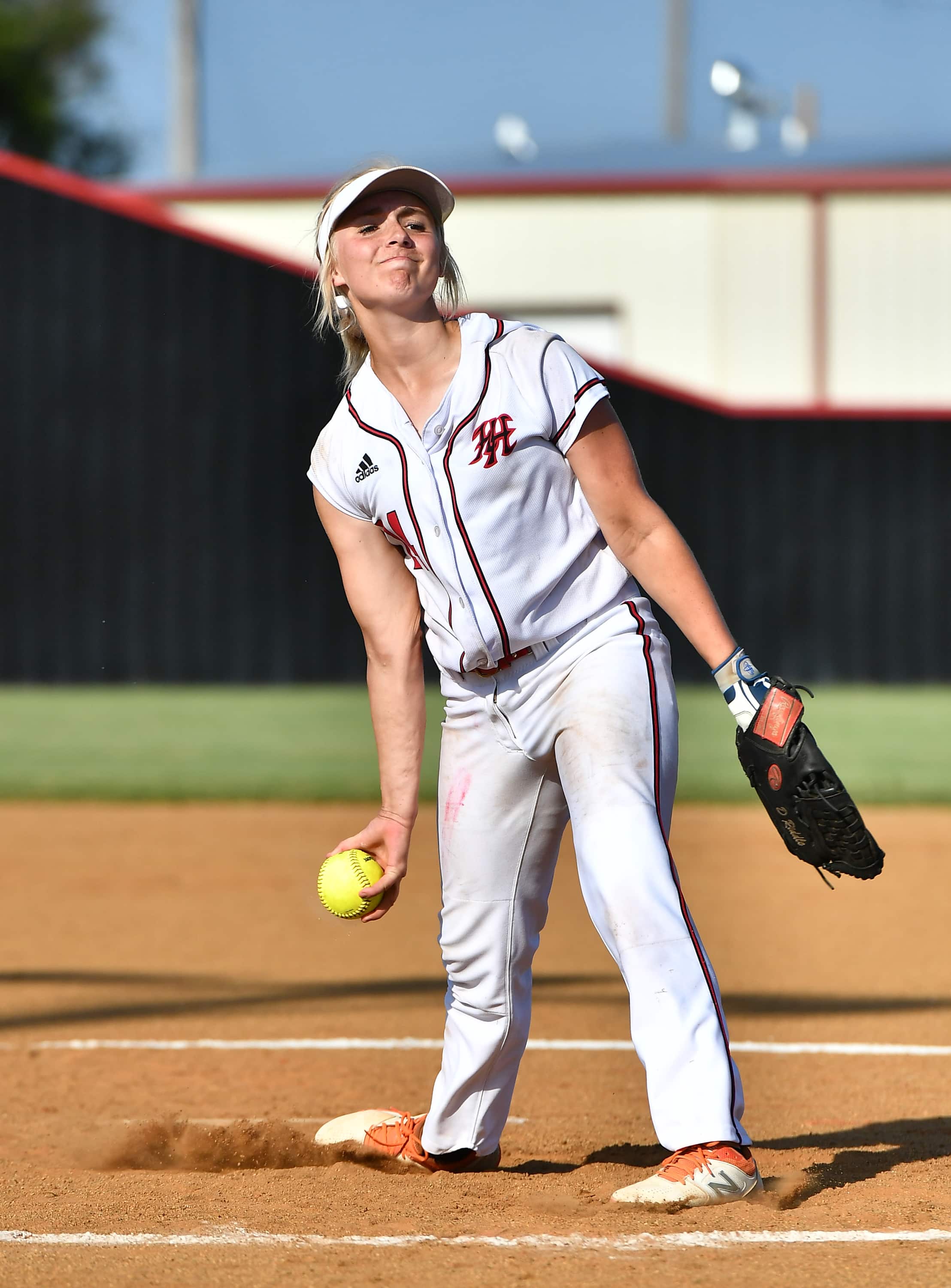 It looked like an easy win for the Hornets in the bottom of the first inning when they put up six runs on the Cardinals early.

After a one-two-three Top of the first the Lady Hornets came on strong in the bottom of the inning. Starting Pitcher Brylee Ray lasted just three batters before Jaysan Gibson came in in relief with runners on first and second. Singles by pitcher Drew Riddle, Keely Ibarra, Makayla Williams and Rayna Rock put Hilldale up by four runs early. After a Sarah Crow strikeout, Celeste Wood added another single to score Williams and give the Hornets a 6-0 advantage.

After a scoreless second inning the Cardinals began to get to Ray. With just one out, Hailey Schoeling singled to right followed by a walk to Abigail Teal, Jackie Zaferes reached on an error on a bunt to load the bases. Bailey Cravens walked to give the Cards their first run. The Big blow came from Megan Turner who put a no-doubter shot over the left field fence for a grand slam home run to bring Verdigris within a run.

Neither team score nor threatened until the top of the sixth. Down by just one run, with one out Gibson singled for Verdigris. The next hitter, Daeya Moses, hit a ball toward the left-center gap that was run down and caught for a game-saving catch by Hilldale left fielder Crow.

The Cardinals last chance ended in the top of the seventh when Riddle struck out Teal for the game winner.

The Lady Hornets stayed unbeaten at 7-0, but more importantly put up the first District “W” of the season on their home field.