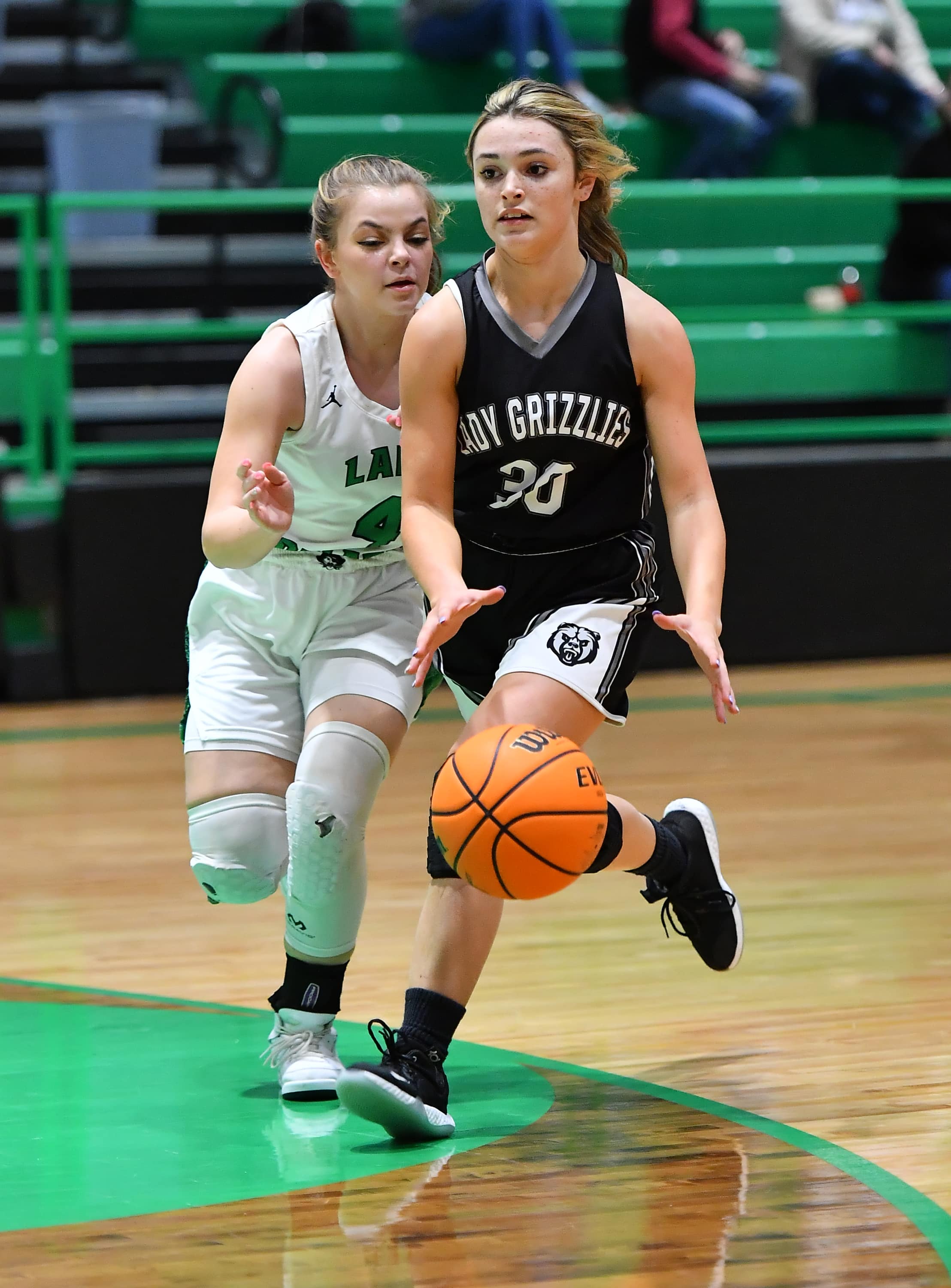 Gore – The Gans Lady Grizzlies (5-7) took charge from the opening tip-off Tuesday night when the visited the Gore Pirates (2-12) on homecoming night.

The Pirates Kaydance Moore provided the only point for Gore in the first period and that was from the foul line. The Lady Pirates were plagued with turnovers and unforced errors the entire game. Gore managed just 7 points in the opening half to trail 35-7 at the break.

Gans’ Addison Green put the Pirates down early, scoring 10 points in the opening quarter. Green had a total of 20 points for the game and played just three of the four periods.

The other two lady Grizzlies in double figures were Brianna Burris with 13 points and Emily Phillips with 10 on the night.

Moore was tops on the Pirates with 6 and Ricki Huckbay and Kenzi Terrell each scored 5.