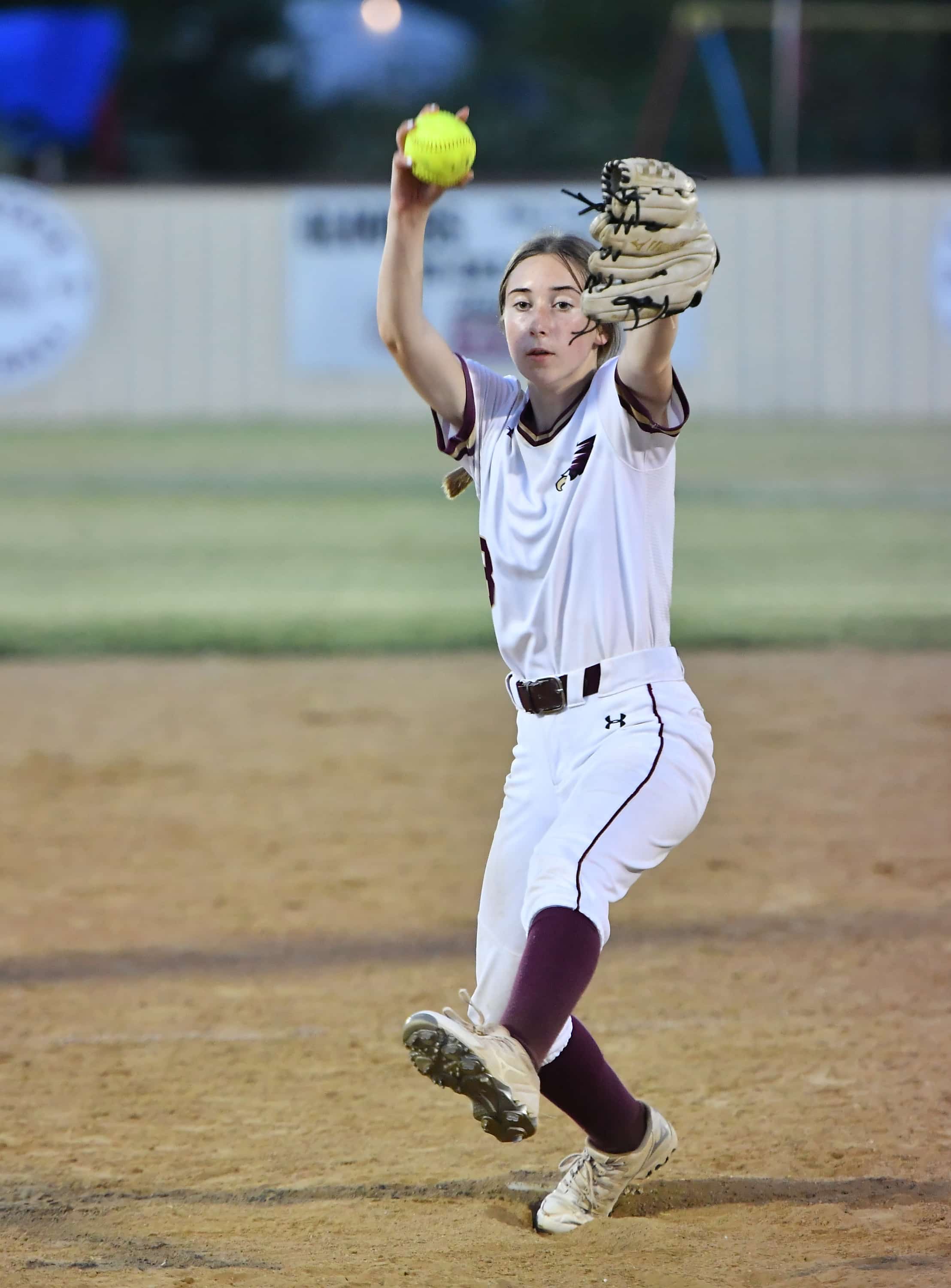 View/Purchase Game Photos
Sign-Up CSSN Subscription
WARNER – The Lady Eagles Defense was riddled with mistakes and errors Thursday night as they fell to the Preston Pirates 16-3 in a game that was ended in the 4th inning via the mercy rule.

Troubles started early for Warner in the top of the first inning. After an opening strike out, the flood gates began to open with a single from the number two hitter. That base runner advanced to second on a steal and to third on a poor throw. That miscue was followed by a walk, a wild pitch, a single, another wild pitch, an error, a hit batter, a double and another wild pitch.

Before the fans could get a bite of their hot dog The Eagles found themselves in a 5-0 hole early.

It appeared the Eagles were going to make it a contest in the bottom of the inning. Harlie Chesser opened with a line drive single to right, followed by a Kaylen Park double moving Chesser to third. Skyler Lusk took one for the team getting hit to load the bases. Maddie Duke and Peyton Sikes delivered successive sacrifice flies scoring Chesser and Park to bring the score within three at 5-2.

Unfortunately, the Pirates second inning was almost a carbon copy of the first filled with errors, mental mistakes, wild pitches, and pass balls. When the dust settled Warner found themselves trailing 11-2 and in danger of an early exit courtesy of the run rule.

The Pirates fourth inning sealed the deal when the put up four more tallies to bring the score to the 16-3 final.

Warner was held to four hits, two of which were by Chesser the only Eagle with a multiple hit effort. Chesser also took over the circle from Park in the second and managed two Pirate strike outs.

Warner will be back in action Monday night against another group of Pirates from Dale High School while Preston returns home to challenge Okemah on Friday.
JUNIOR HIGH PHOTOS ARE AT THE END OF THE GALLERY.