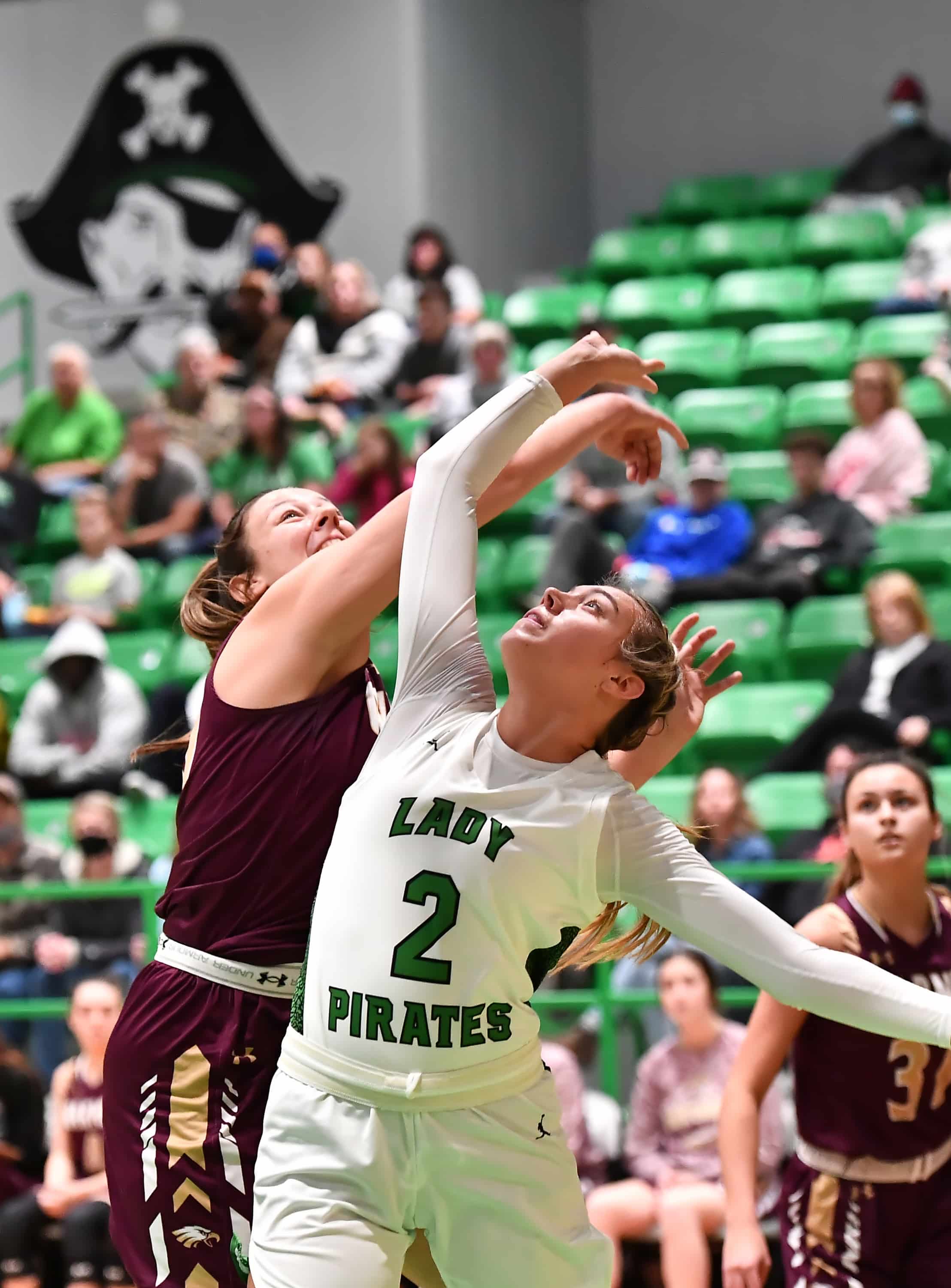 View/Purchase Game Photos
Sign-Up CSSN Subscription
GORE – The Gore Lady Pirates just could not get their offense going against the Warner Eagles (2-0) Saturday and came up short 25-53.

The Eagles jumped out in front early when after the opening eight minutes they found themselves with an eight point advantage. Harlie Chesser contributed half of the Eagles scoring in the opening session with 5 of her 11 point total for the game.

After the break it was all Eagles. Jaylee Kindred, Warner’s top point getter for the night accounted for 10 of the Eagles 14 points and finished the night with a total of 19. Chesser was the only other Eagle in double figures with 11.

The Pirates return to action at home Tuesday night against Okay and Warner will attempt to keep the winning streak going that same night at 4A Muldrow (1-0) who are ranked #14 in class 4A.