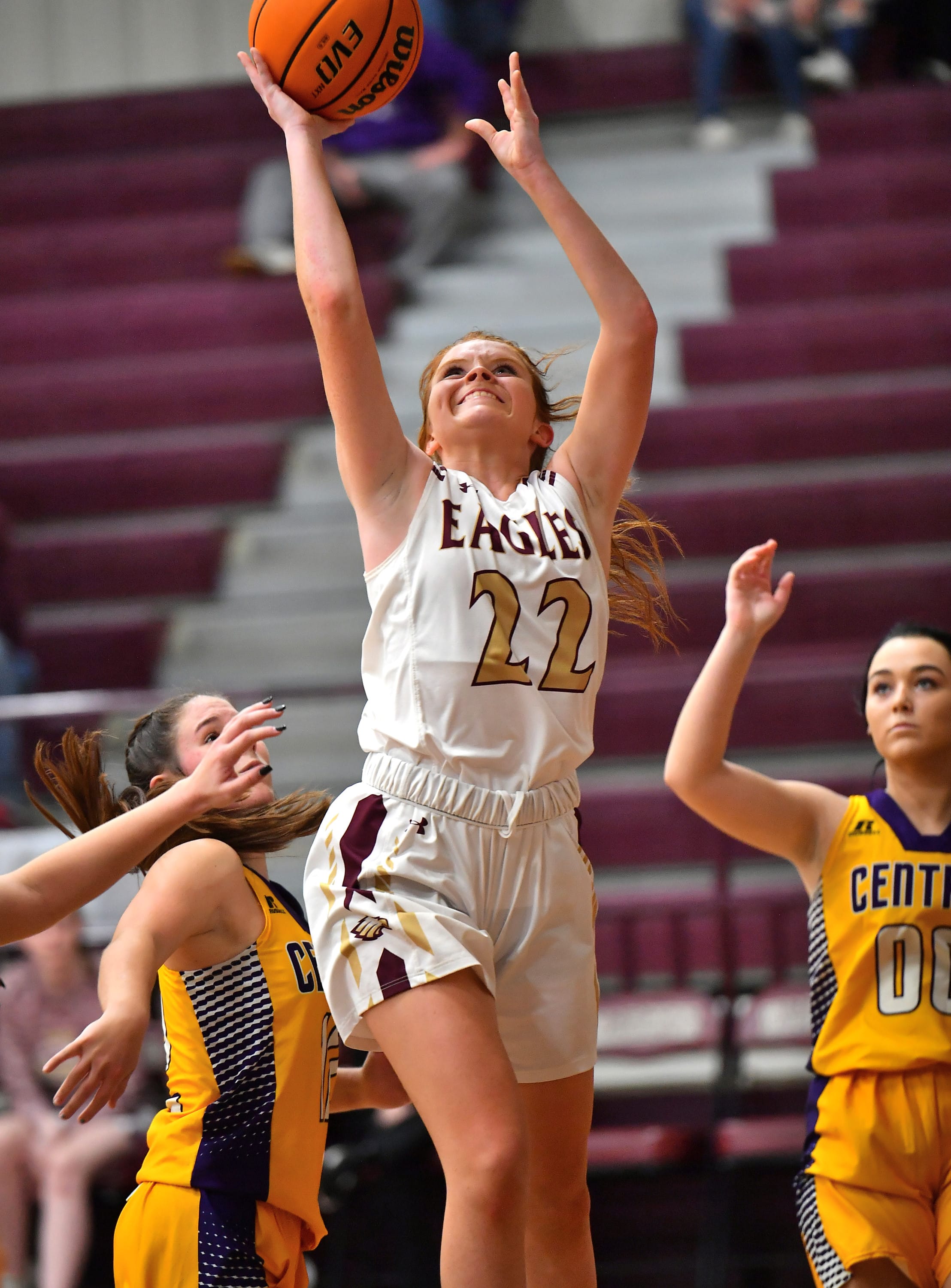 Warner jumped on top quickly to take a 14-2 lead in the opening eight minutes with six different Eagles hitting the scoreboard. Kaylen Park and Harlie Chesser each contributed 3-points in the quarter.

Ayralnd Jiles accounted for the lone Tigers  bucket in the first quarter.

In the second, Warner could manage just 4-points, 2 each from Peyton Sikes and Mattie Berry, while Central put 7 on the board led by Riley Cheek with 3 from the free throw line. The Eagles doubled up the Tigers in the first half by a score of 18-9.

After the break Warner’s Jordan Jackson accounted for 5-points in the third and Alexis Fowler hit for 6 in the fourth.

Berry, Fowler and Park each finished with 8 points followed by Jackson with 7 and Chesser with 6 points.

Cheek was high for Central with 9 and Avery Warner contributed 7.

The 18th ranked Eagles will hit the hardwood next Thursday when they compete in the Preston Tournament and Central will face Bristow in the Okemah Tournament that same day.