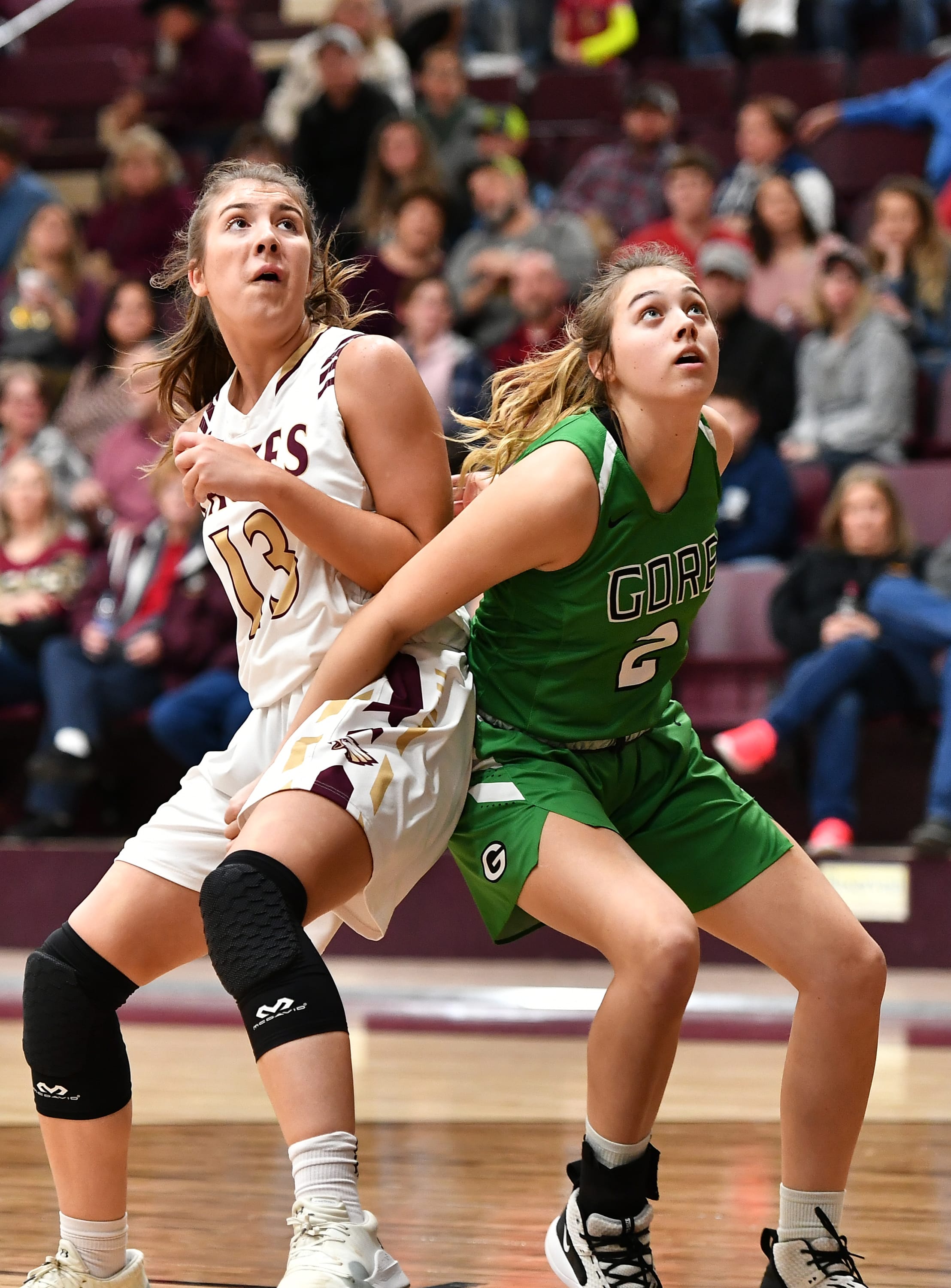 Gore did not hit the scoreboard for the first six minutes of the contest while Warner controlled the boards and rushed to a 12-2 lead in the opening period.

Sydney West had four treys in the game and a total of 14 points. Kylea Terrell was next with 13 including three treys and Mattie Berry also hit double figures with 10.

The Pirates were held without a player in double figures, but Sky Brookshire and Karlie Springer each had 7 points on the night

The Eagles will get a Bye next Friday night and will open their tournament play Saturday against the winner of Fridays contest between Gans and Ketchum.

The Pirates open their district play Friday facing Wewoka in a first round game at Central Sallisaw.