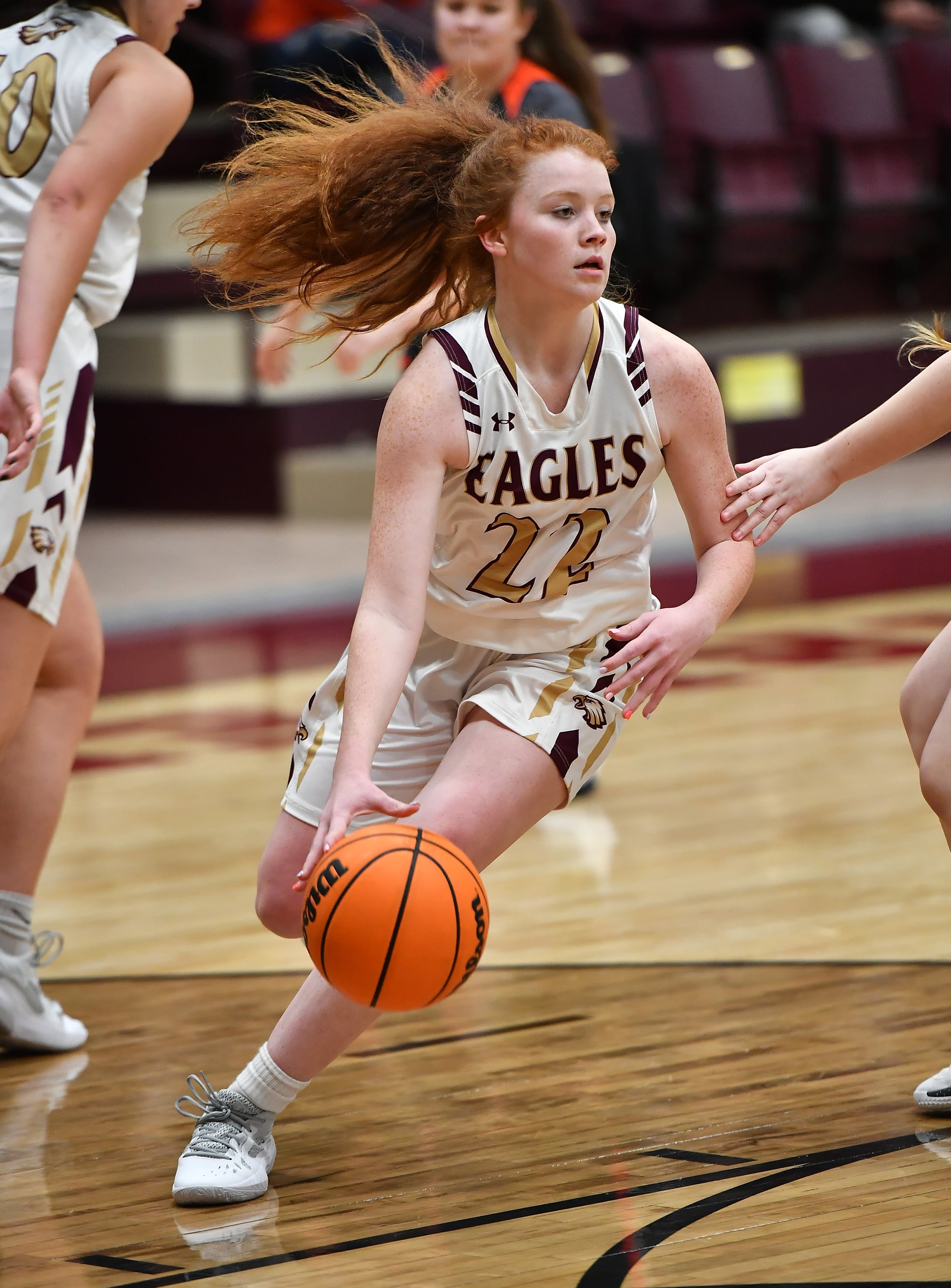 View/Purchase Game Photos
Sign-Up CSSN Subscription
WARNER – It did not take long Tuesday for the Lady Eagles of Warner (3-1) to pull away from the 0-2 Okay Lady Mustangs. Okay, hampered by injuries and with a depleted lineup, just could not keep up with the Eagles speed and shooting abilities.

Harlie Chesser got Warner going in the first with 8 points but it was Alexis Fowler in the second quarter that put the fuel in the tank for the Eagles. Fowler hit six times for 12 points in the second period and added a three-pointer in the third for 15 on the night. Chesser and Jaylee Kindred led the Lady Eagles with 16 points each.

Coach Mindi Peters mixed it up playing all ten players over the four periods. Warner hit from long range nine times for 27 points. Chesser had 3, Kindred 2 with Kaylen Park, Jensyn Foremon, Fowler and Katie Hart each with one.

The sixteenth ranked Eagles will travel to 3A Spiro to take on the Bulldogs (0-2) on the 12th, while The Lady Mustangs will host the 1-3 Gore Pirates on the 15th.