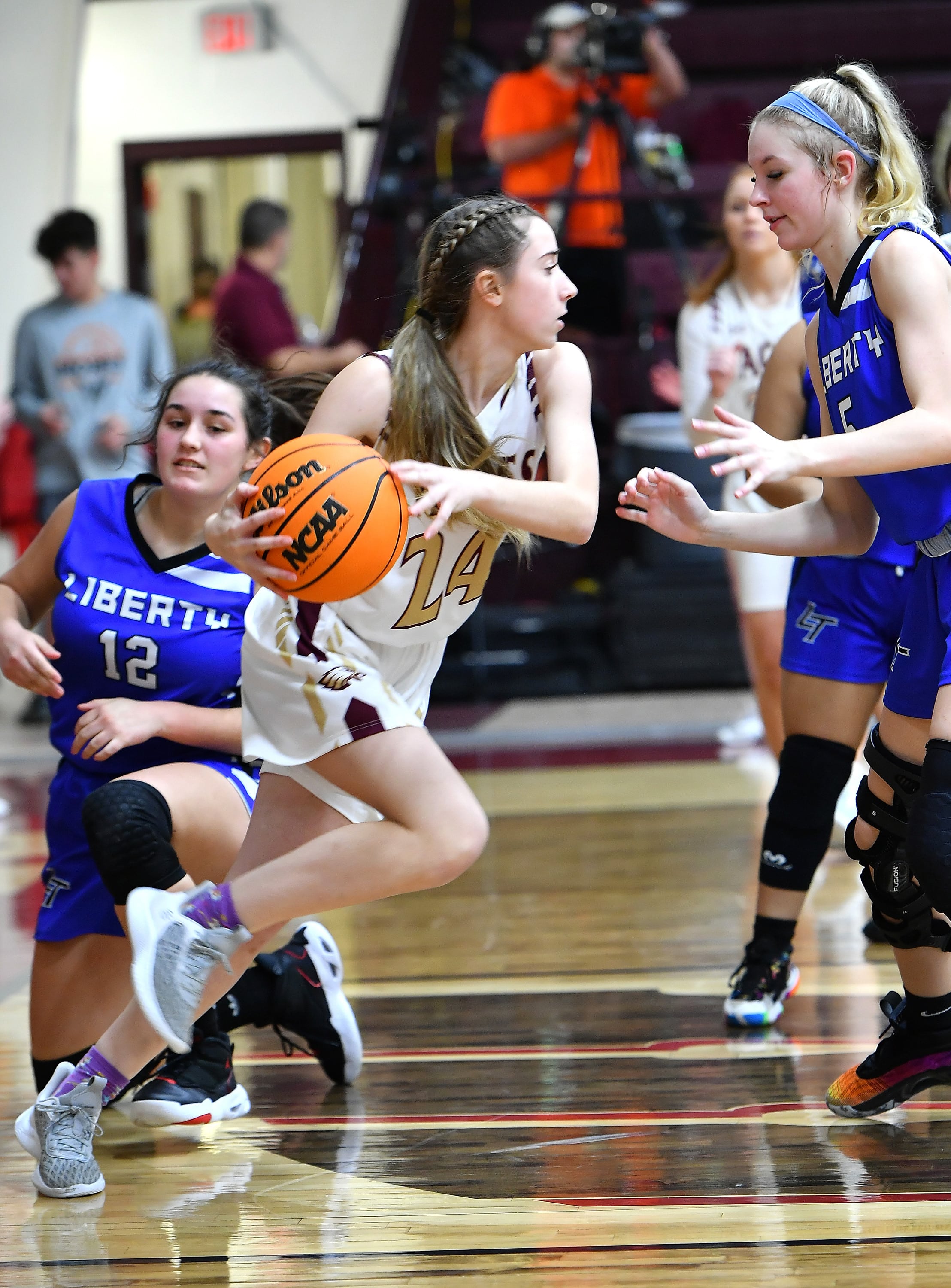 WARNER– The lady Eagles took charge from the tip off in the first round of the Cherokee Classic Thursday night.

The Liberty lady Tigers could not get on the board and were grounded quickly by Warner who kept Liberty scoreless through the first quarter 25-0.

It was not until 2:40 remained in the second when Jenikka Boone scored from the charity stripe for Liberty to make it 32-1. Boone was the high point getter for the Tigers with 9 points.

Coach Peters pulled her starters after the opening period to give her younger players court time and experience. The same was true in the second half when the starting five became spectators for the final eight minutes.

Harlee Chesser led the way for Warner with 15 points, followed by Jordan Jackson with 13 points. Alexis Fowler was also in double figures with 10 points.

Warner will head to the second round Friday night against the Eufaula – Keys winner at 7:00 pm.