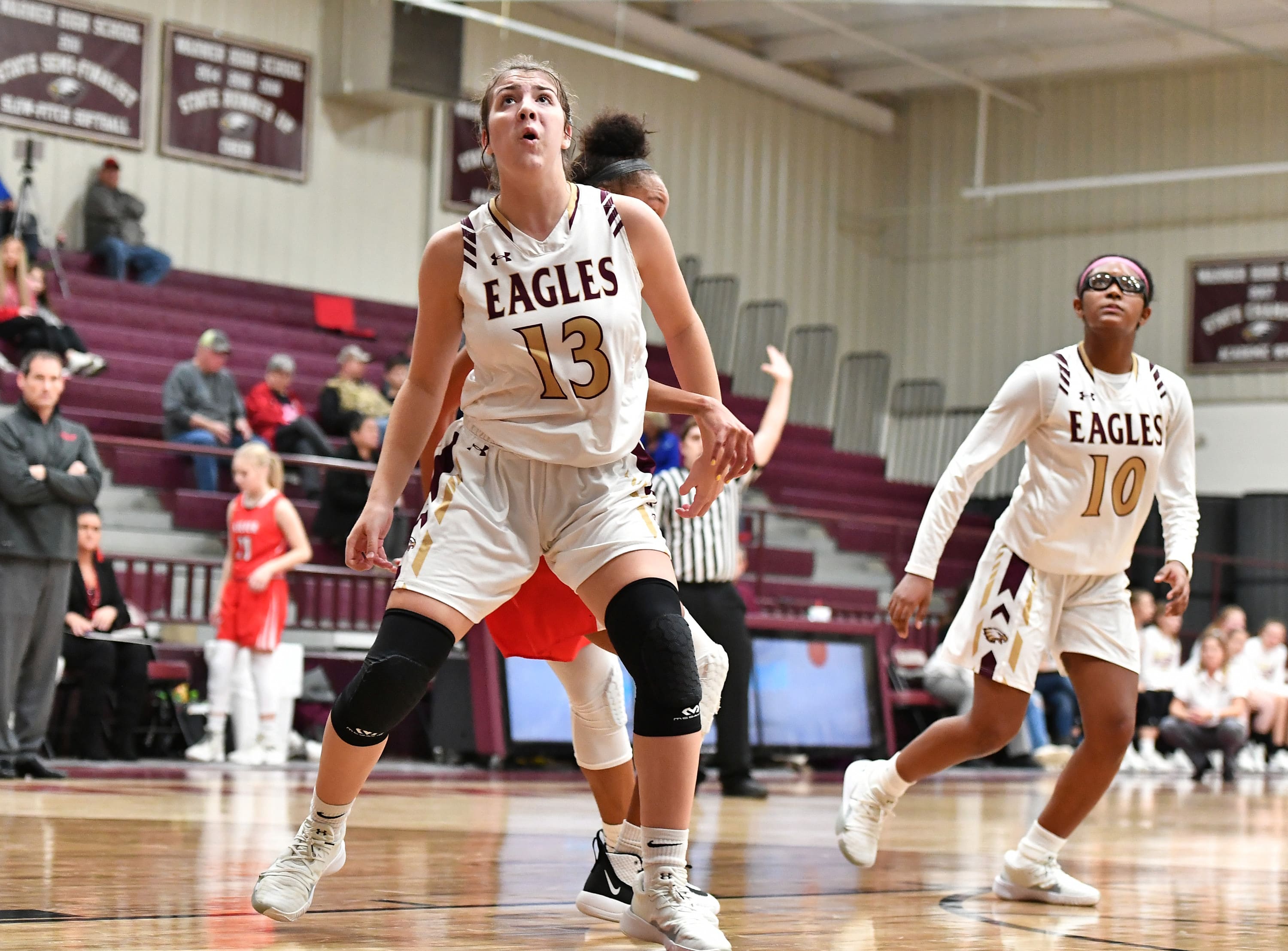 View/Purchase Game Photos
Sign-Up CSSN Subscription
WARNER – The Lady Eagles took care of business Tuesday night by leading from the onset over the Trojans of Kiefer in a 56-39 victory.

Kylea Terrell, Sydney West and Jaylee Kindred led the way for the Eagles all in double figures. Terrell was top point getter with 19 including four three-pointers. West15 points with three threes, and Kindred with 14 points from close in.

The Trojans had two players in double figures, Megan King with 13 and Shayna Hindrey with 11 points.

The Eagles led by just four points after the first quarter but put the pedal to the metal scoring 21 in the second to lead 36-16 by halftime.

The yet to be beaten Lady Eagles (2-0) will be tested on the road at Class “A” Okay Friday when the meet they 1-0 Mustangs in a non-conference contest.