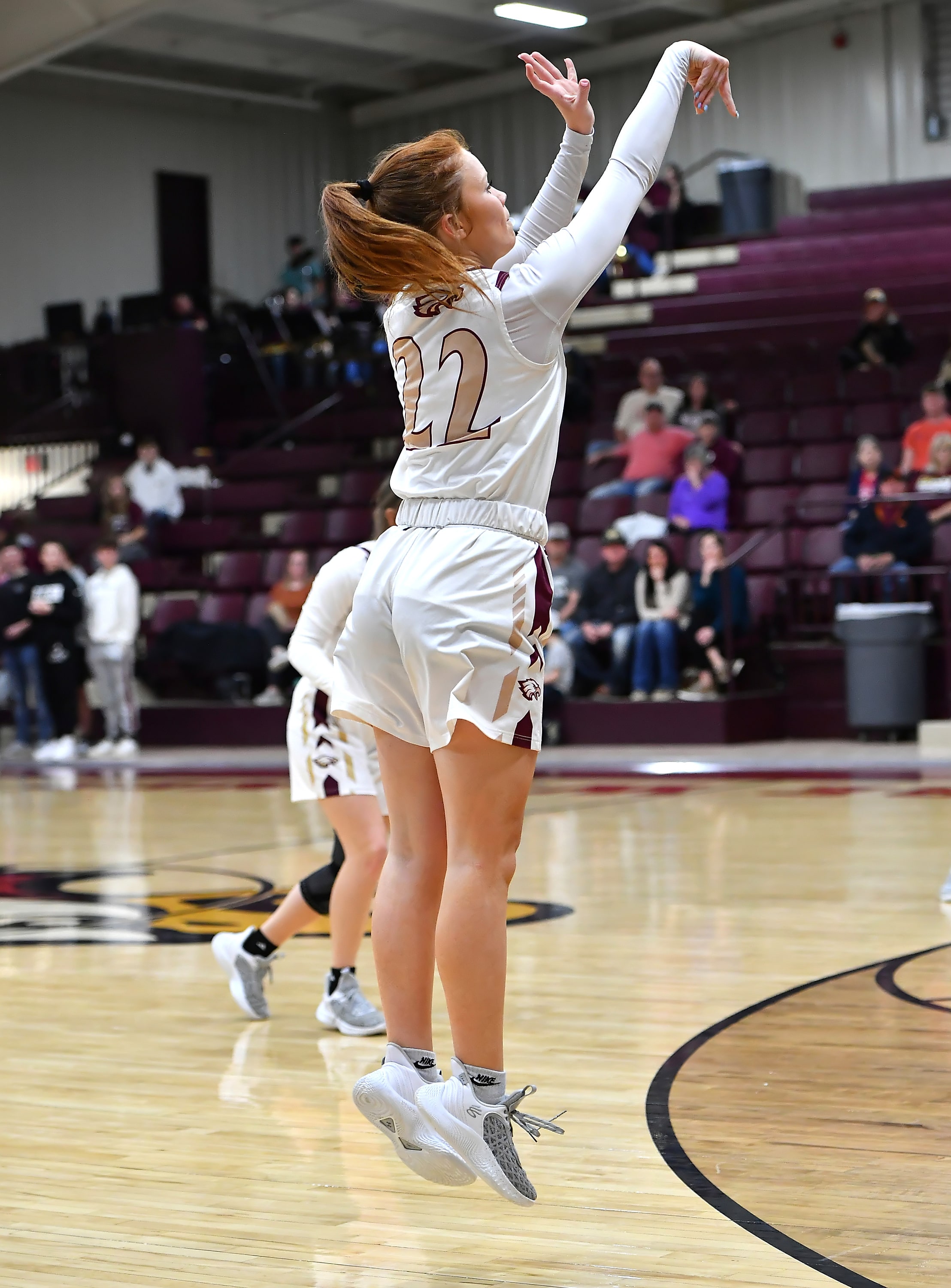 The victory gave Warner a seventh consecutive win and fourth in five games against ranked opponents.

The Lady Eagles, just missing the state tournament last season in the area consolation finals but with four starters back, are 11-1 on the year now with their biggest win of the four against ranked foes.

It took almost two minutes for either team to score, but then one team found the mark often.

Alexis Fowler got Warner on the scoreboard with a 3 off right wing with 6:29 on the clock, then went to the other wing to drain a 3 at 4:39 of the opening quarter, leading to a Strother timeout. They kept Strother to one-shot possessions often and held the visitors without a field goal until the 2:59 mark and McKenzy Gillispie’s 3, making it 10-4. Warner then ran off five unanswered and led 15-4 at the break.

Jordan Jackson had all 11 of her points in the first half and Warner had a 33-9 lead at the break.

The 6-foot forward Peyton Sikes scored on a putback to make it 46-16 with 3:58 to play in the third. That equaled the final outcome, but thanks in part to 12 of her game-high 15 points coming in the third, Warner led 53-19 going to the final eight minutes.

Fowler and Harlie Chesser had 13 points each.

Warner heads to the Kiefer Tournament on Thursday with an eye at a potential semifinal matchup with the lone blemish on their record. Kiefer, ranked No. 5 in 3A, beat Warner in the finals of the Preston Tournament.