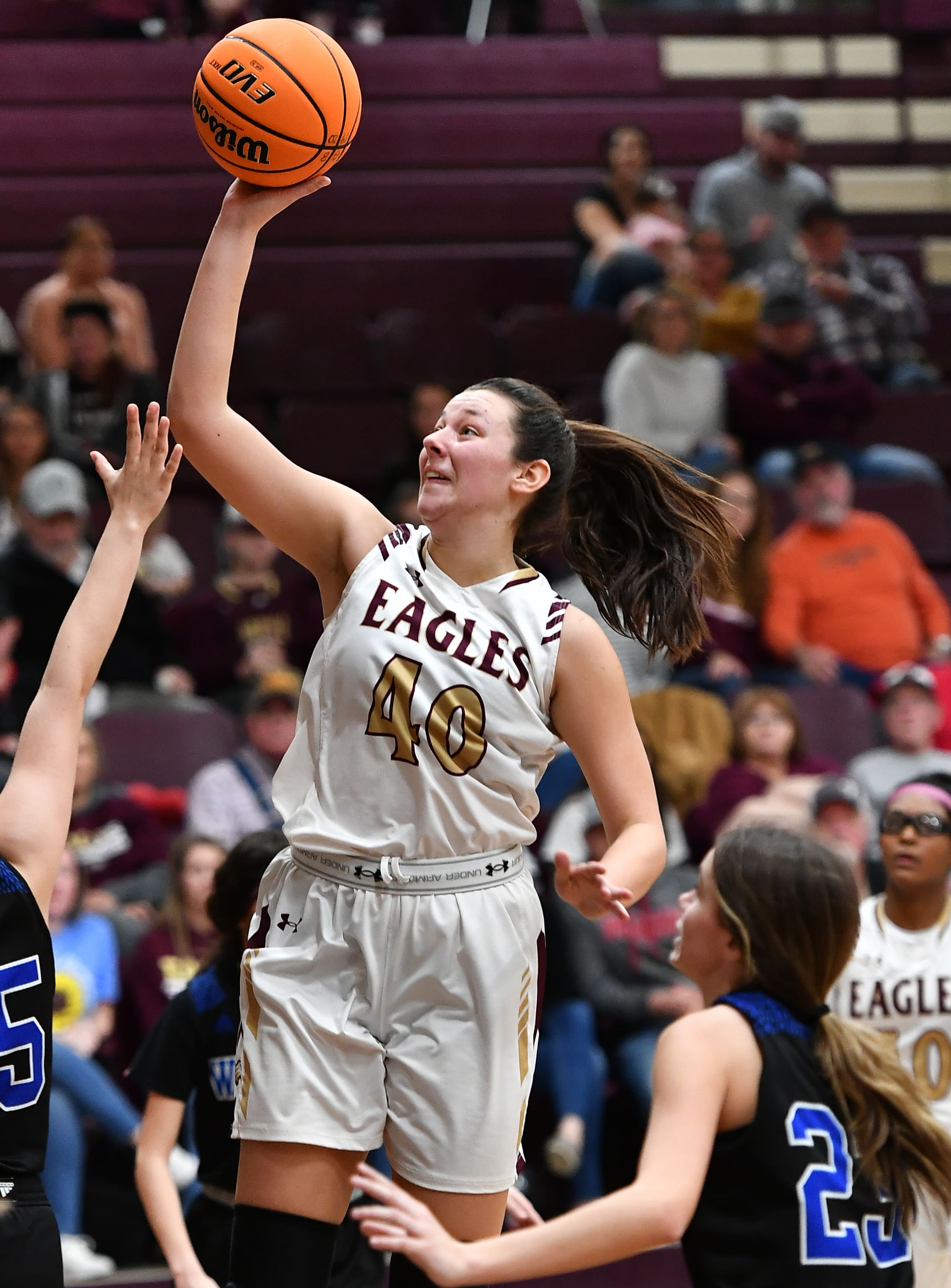 Jaylee Kindred, the Eagles top scorer, posted 15 points and was a force on both the offensive and defensive boards. Kindred and the Eagles allowed just 1 point in the opening quarter and 12 in the first half to take a commanding 26-12 lead at the break.

Ketchum responded a bit in the third with 15 points but that just managed to stay even with the Eagles who scored 16 in the period.

The Warriors tops scorers were Star West and Jayla Kieslich each with 9 points, followed by Julee Johnson with 5 points.

Both teams will advance to the Regional tournament opening rounds at Warner Thursday February 27th with the Warriors (8-16) facing Wister (12-14) in the consolation bracket at 1:30 and Warner (15-8) playing 4th ranked Howe (21-4), who coasted to a District 5 title 79-21 at home Saturday. That Regional semi-final winners’ bracket game will be at 6:30.