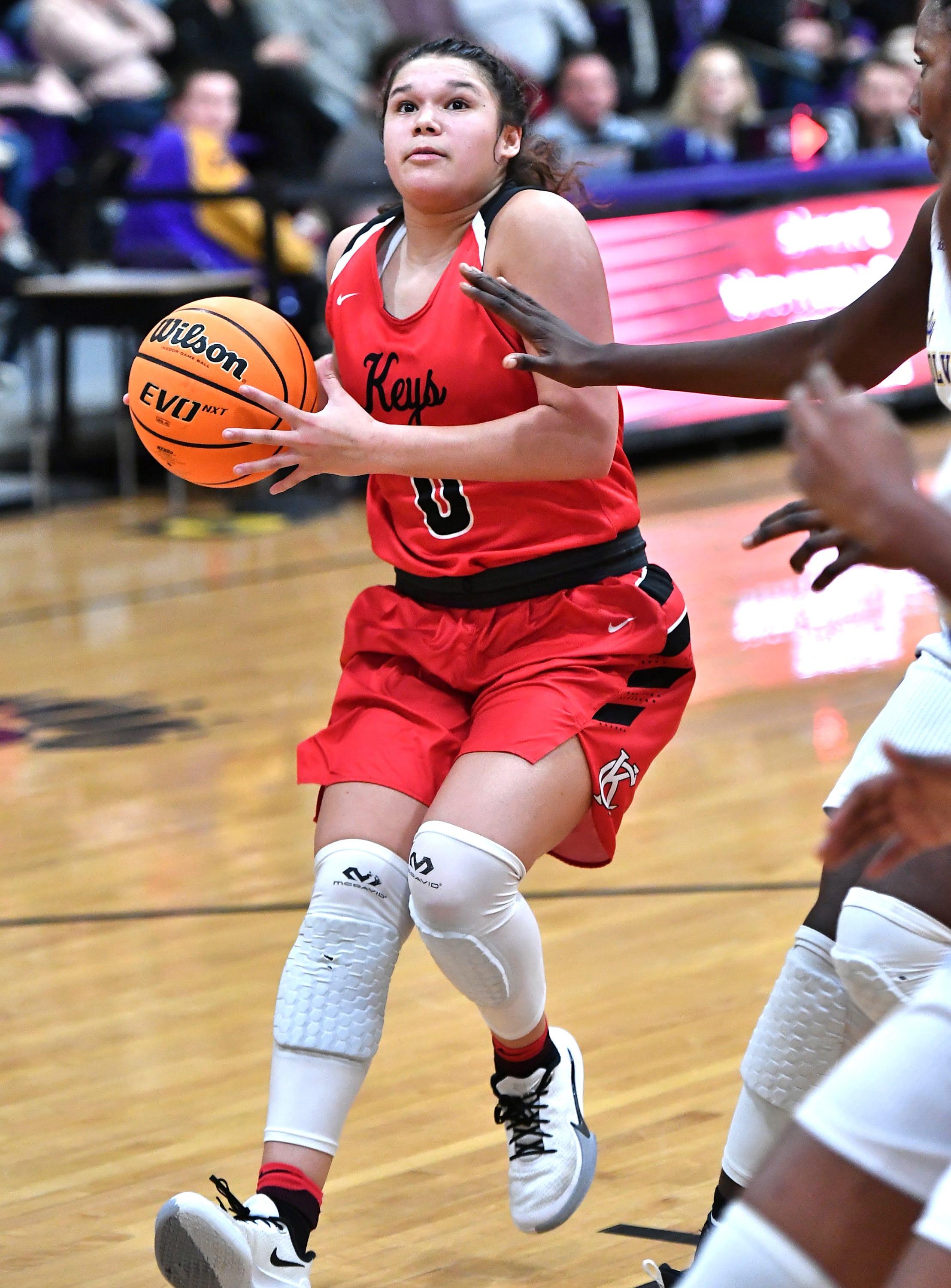 Kyle Eubanks contributed half of the Cougars points in the frame with 9, including one trey, while Kahleisha Wright and Greenlee Wells made up the Wolverines first period total.

Vian closed the gap a bit before the half scoring 17 points in the second to the Cougars 11 but the opening of the second half saw Keys re-establish their 11-point advantage 46-35.

Eubanks, who was injured in the final period on a drive thru the lane, was top point getter for the Cougars with 21. Senior Emma McCurtain was the other Cougar in double figures with 11 points.

Wright was the only Wolverine in doubles with 16 points, followed by Lorena Hernandez with 7 and Kaylee Teehee and Jayden Locust with 5 each.

Vian hosts winless Salina (0-7) Saturday at 2 PM before traveling to 9-4 Oktaha on the 21st. Keys is off until the 23rd when they will be competing in the Checotah Crossroads Classic from the 23rd to the 25th.