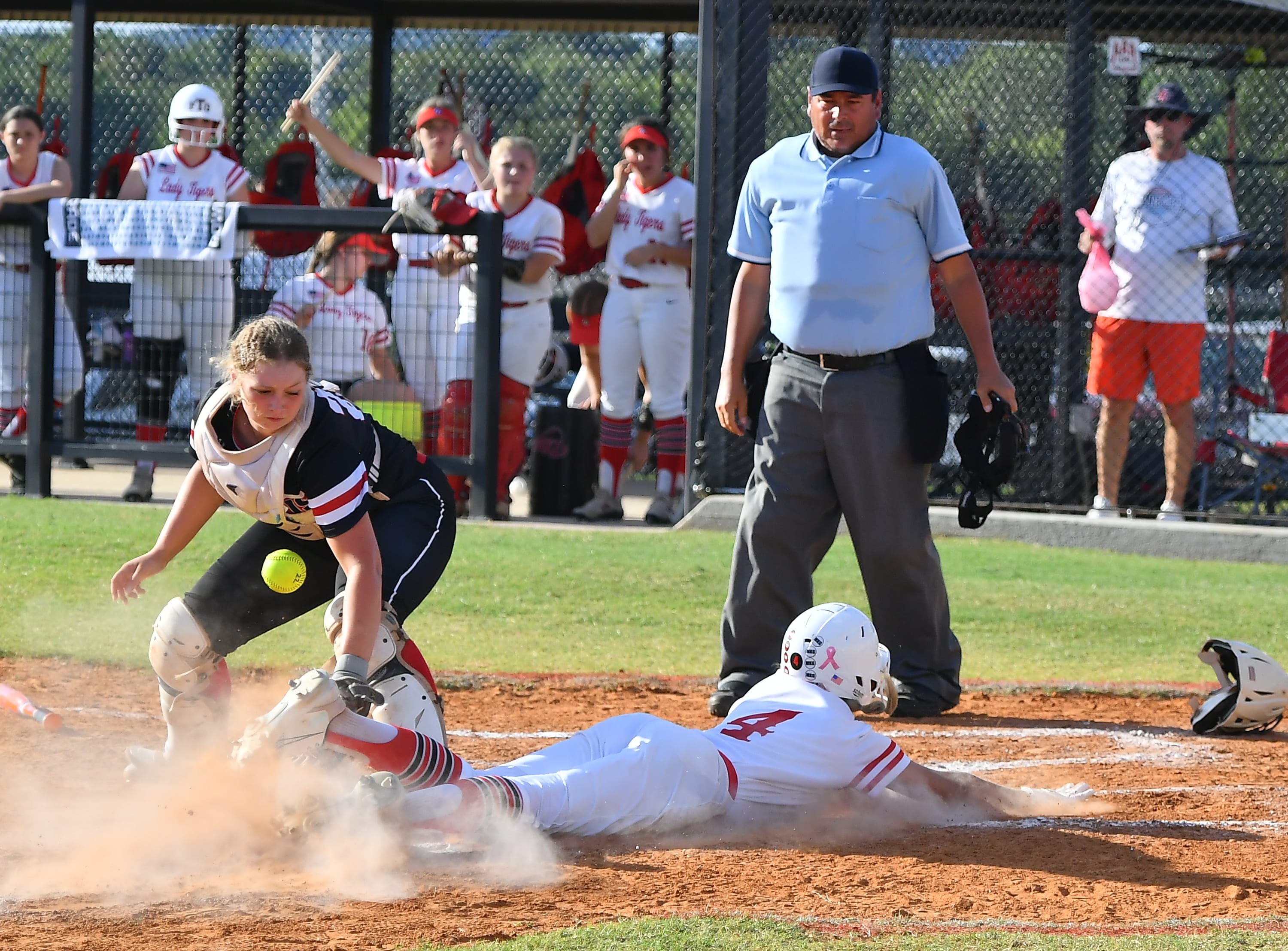 That lead would last until the top of the 3rd when the Cardinals would post their first four runs of the game. Emma Young crossed the plate on a Grayce Taylor pop single.  E. Lemery got an RBI on a sacrifice fly to left that scored Taelynn Ballinger and a Rhyan Waltonbaugh single scored Grayce Taylor to cap off the 4-run inning.

It all remained scoreless until the top of the 5th when 3 Tigers errors and a hit batsman led to another 4-run inning for the Cardinals to take the score to 8-3.

In the 7th Kaiah Austin helped her on cause with a 2-RBI dinger over the left-center field fence scoring herself and Graci Williams but that would be it for the Tigers who fell short 8-5.

Austin took the loss for Fort Gibson and E. Lemery got the “W” for the Lady Cardinals tossing 117 pitches on the day.

Verdigris will return to action Thursday when they take on 2A Central (Sallisaw) in the Oolagah Tournament and the Tigers head to the Wyandotte Festival and open with Sequoyah (Tahlequah) on the 8th of September.