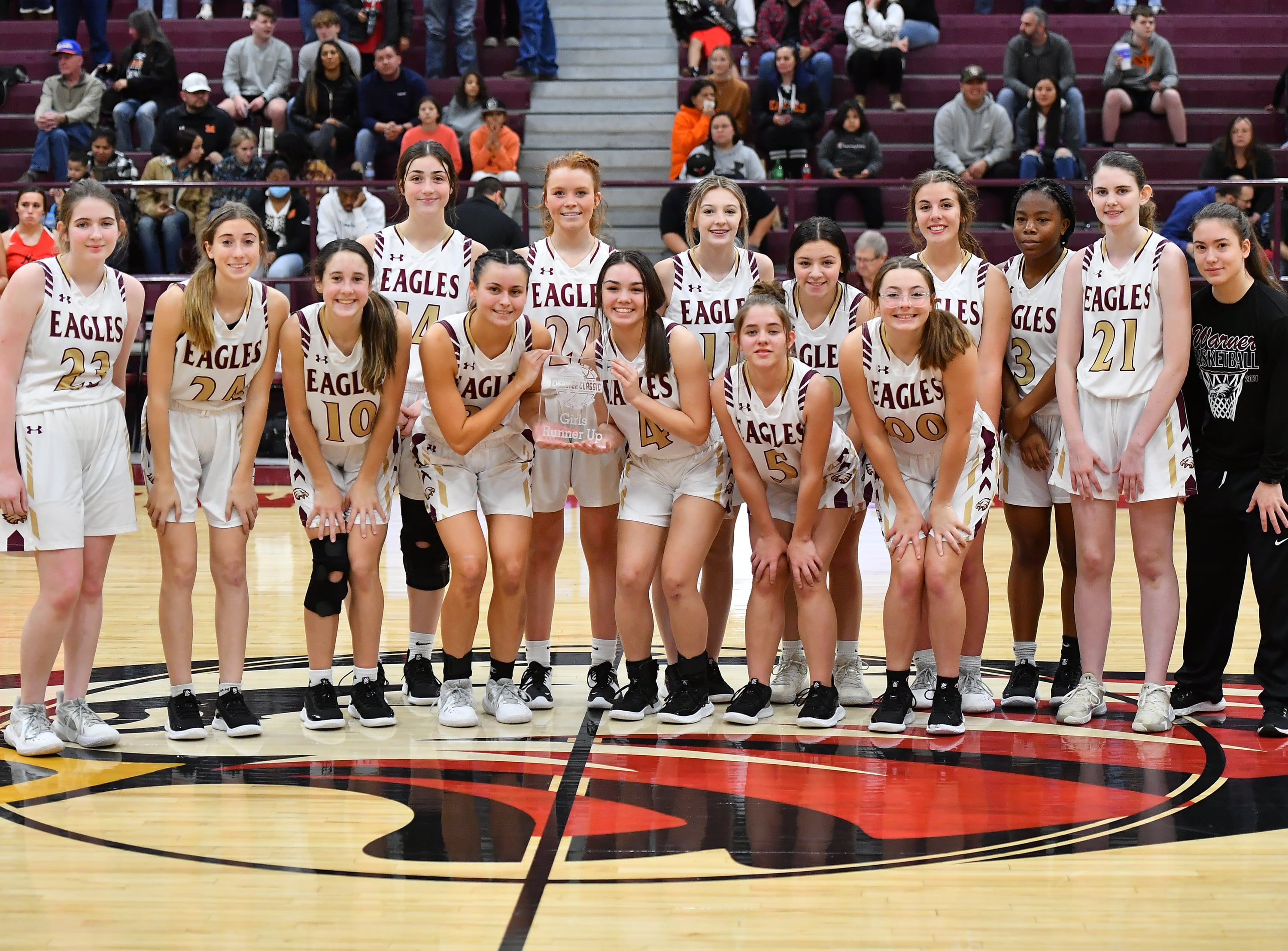 Warner – The Girls final of the 2022 Cherokee Classic tournament was dominated by the Keys Lady Cougars as the defeated the hosting Warner Eagles 76-40 in a no-doubter.

The inside-outside Eubanks tandem dominated the floor in Saturday’s girls final with Allie Eubanks finishing posting 29 and Kylie finishing with 27.

Sierra Winkler was the other Lady Mustang in double figures with 10 points.

The usual outside shooting of the Lady Eagles went cold in the contest and Warner found themselves down by 16 at the half. They could only muster 11 in the third while Allie Eubanks led the Cougars who put up 21 in that period.

Kylie Eubanks was selected as the tournament’s Most Valuable Player. Allie Eubanks who had 12 rebounds made all-tourney along with Sierra Winkler of Keys (12 points) and Alexis Fowler of Warner (8 points).

“They played about as well as they’ve played and we played about as bad as we’ve played,” said Warner coach Mindi Peters, who saw a five-game win streak end with the loss.  “But we’re young and we’ll recover from this.”