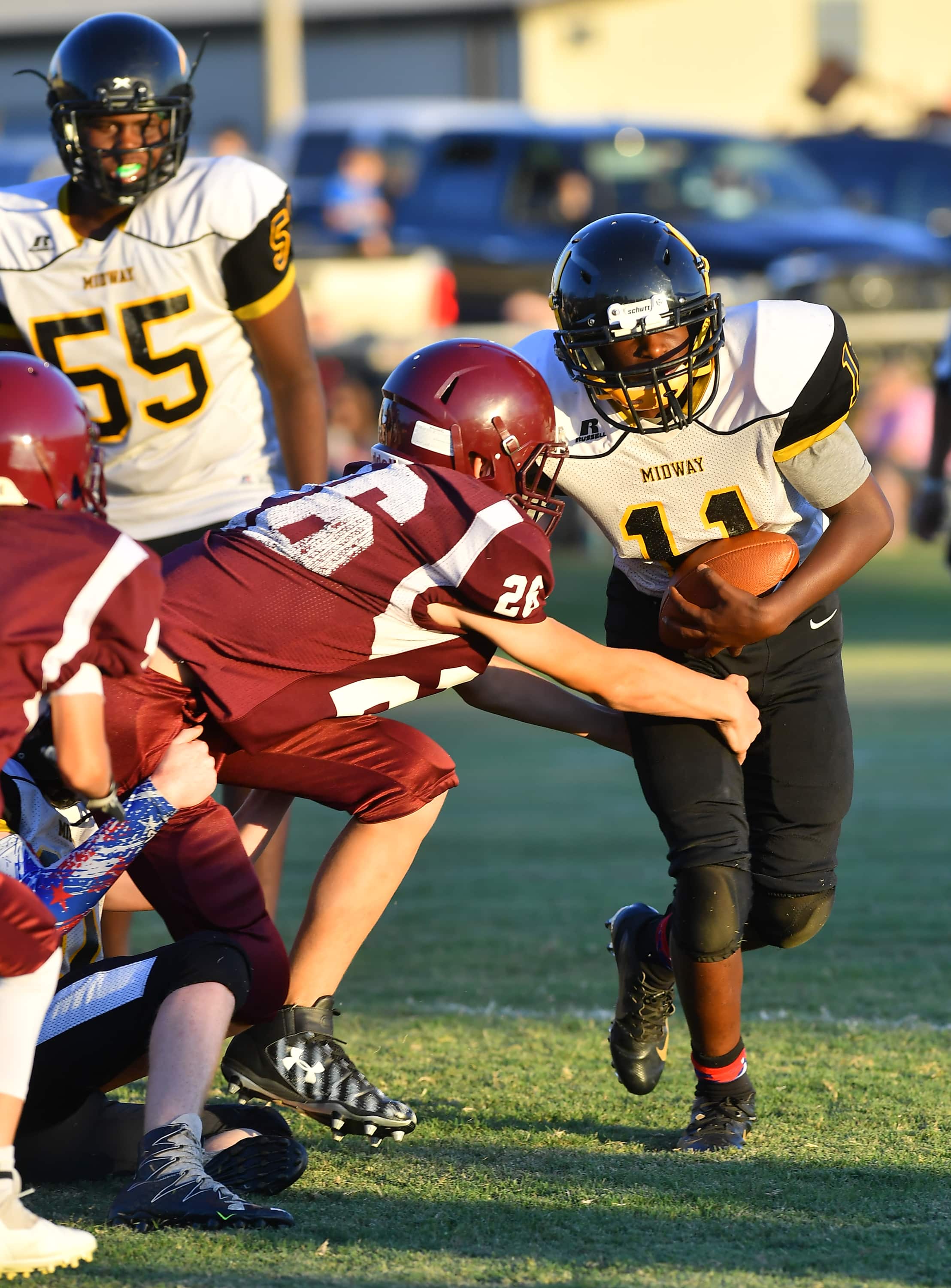 It started early for Webber with a 55-yard rush for a score by Dakota Moore just 26 seconds into the game. A 2-point conversion by Brutus Robinson gave the Warriors a quick 8-0 advantage.

Robinson struck again this time on defense with an interception for a touchdown with 5:39 still remaining in the opening quarter.

Moore sprinted 60 yards for yet another Warrior score in the opening period however this time the conversion fell incomplete for a 22-0 Webber lead.

The first play for the Chargers following a Warrior interception was fumbled by the Midway runner and recovered by Rocky Greenfield. One play later it was Robinson again, this time for a 15-yard scamper. Another successful conversion gave the Warriors a 30-0 advantage.

The opening play of the third quarter for Webber was a 45-yard run by Trysten Wilbourn for yet another score. The conversion attempt bounced off Greenfield in the end zone and the Warriors now held a 36-0 lead.

The Chargers turned the ball over on downs at mid-field on their next series and one play later it was a 30-yard rush by Wayland Hornback that put Webber up 44-0 with 3:24 left in the game.

With just :34 left Webber wasn’t finished yet. Hornback finished the scoring with a 50-yard scamper that ended the game and a 50-0 Warrior win.