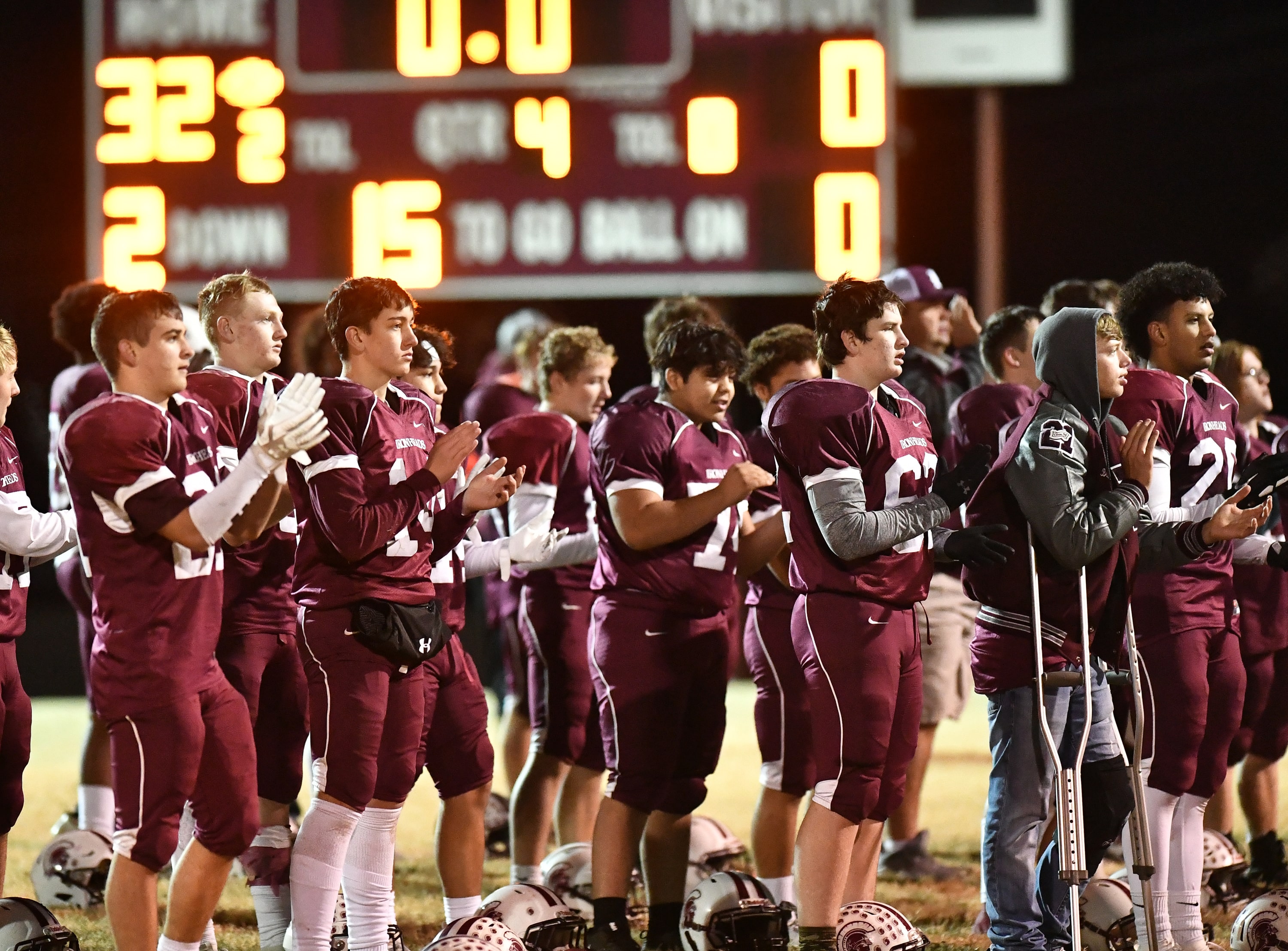 View/Purchase Game Photos
Sign-Up CSSN Subscription
EUFAULA – The Eufaula Ironheads moved on to the second round of the 2A OSSAA playoff series for the third straight year by defeating the Sequoyah Tahlequah Indians 32-0 Friday night at Paul Bell Stadium.

Defense was the key objective of the Ironheads since they were without the services of Noah Alexander, their starting running back, who was injured last week and will be out for the remainder of the season.

Coach Larry Newton said of Friday night’s mindset “Defense is what we hang our hat on. If they don’t score, they don’t win”. The Ironheads defense was the story of the night allowing no first downs in the opening half and holding Sequoyah to negative yardage.

With Nick Jones calling the signals and senior Kameron Funburg filling in for the injured Alexander, Jones scampered 37-yards on an option play with Funburg trailing for the first touchdown of the night. Just two minutes later it was the exact same play this time for 50-yards and another Ironhead TD with 2:28 remaining in the opening quarter.

The first half set the tone for the remainder of the game and ended in a 32-0 Ironheads lead at halftime.

The second half was more of a bend don’t break half for Eufaula with many substitutes in the game both on offense and defense, but the defense prevailed again holding the Indians scoreless.

With the win the Ironheads will be at home Friday to go to the second round for the third consecutive year and will face Lindsay (9-2) for a trip to the final eight.