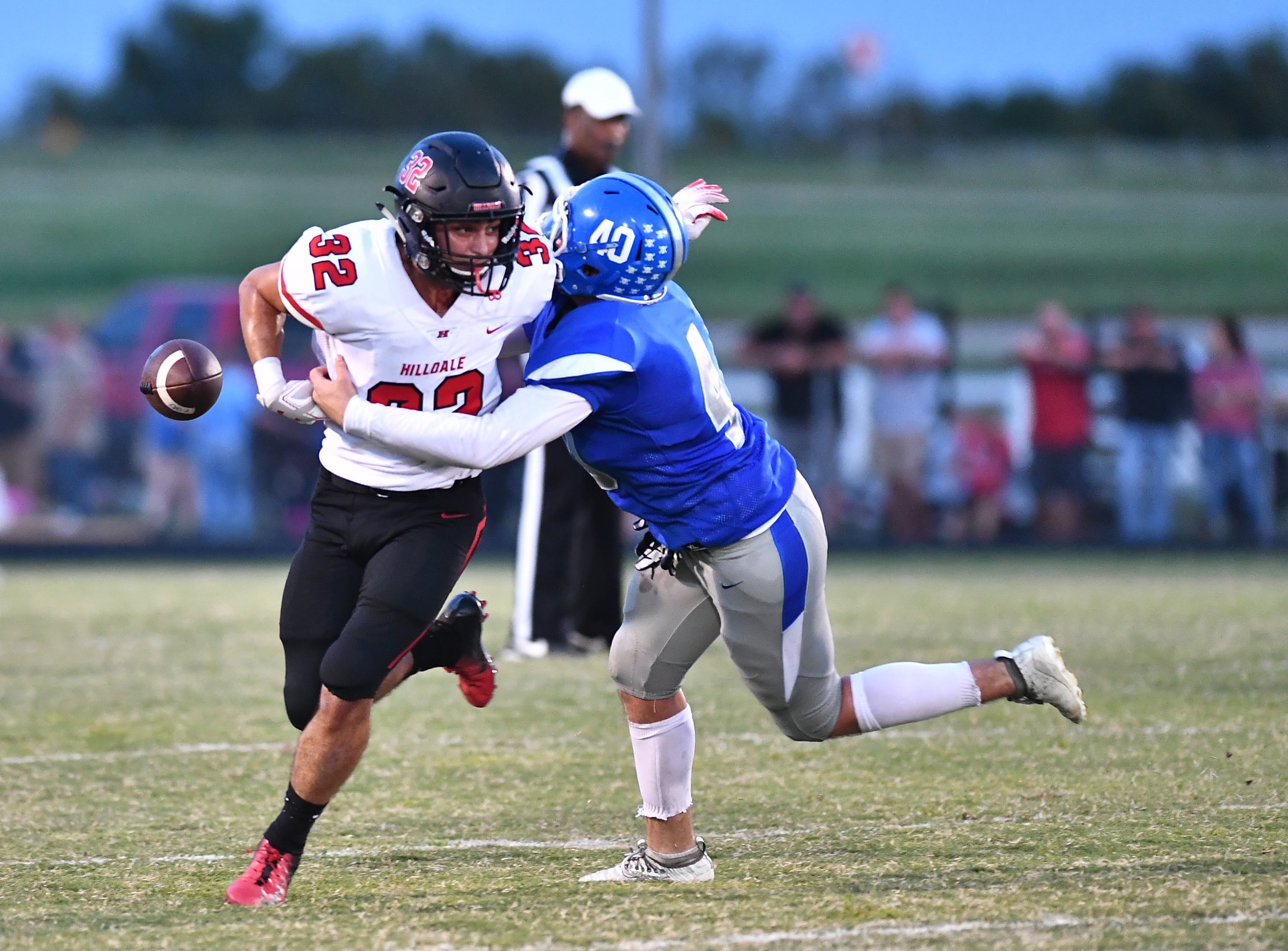 CHECOTAH – Less than five minutes into the game at Ogle Field Friday night, the home-standing Checotah Wildcats (2-0) were up 20-points on the Hilldale Hornets (1-1) and the offense hadn’t touched the ball.

Just under 2-minutes in, Malachi Harris blocked a punt from Hilldale’s Peyton Bennett on the Hornets first series and returned it to the endzone for the game’s first score.

The Wildcats defense continued their attack on the next series when after a completed pass from Hornets QB Malchesidech Porter to Darrin Hays, Tyler Whitlock knocked the ball loose and returned the Hays fumble for another Checotah touchdown.

The third series for Hilldale resulted in yet another Wildcats score when Kyler Pouncel tipped a Porter pass into the hands of Brended Dan for a 36-yard interception return and a 20-0 Checotah lead.

The Offense finally got a chance to add to the scoring when Dontierre Fisher broke a run up the middle for a 46 yards to add another 7 points for the Wildcats.

Before the quarter would end, Hilldale’s Johnnie Durossette, who came in to replace Porter at quarterback, hit Dylan Walker with a 57-yard pass that took the ball in for the Hornets first score.

There was no quit in Hilldale. They outscored Checotah 14-7 in the second to get within two scores at the half. In the third quarter, Devin Brandt added another tally for Hilldale with a 72-yard interception return to get the Hornets within 7 points but thats as far as they would get.

Neither team could muster a score in the final period and the game ended in a 35-28 Wildcats win.

Next Friday night the Wildcats will travel to rival Eufaula for a OSSAA class 3A matchup. Hilldale will open their home schedule against Oologah-Talala.