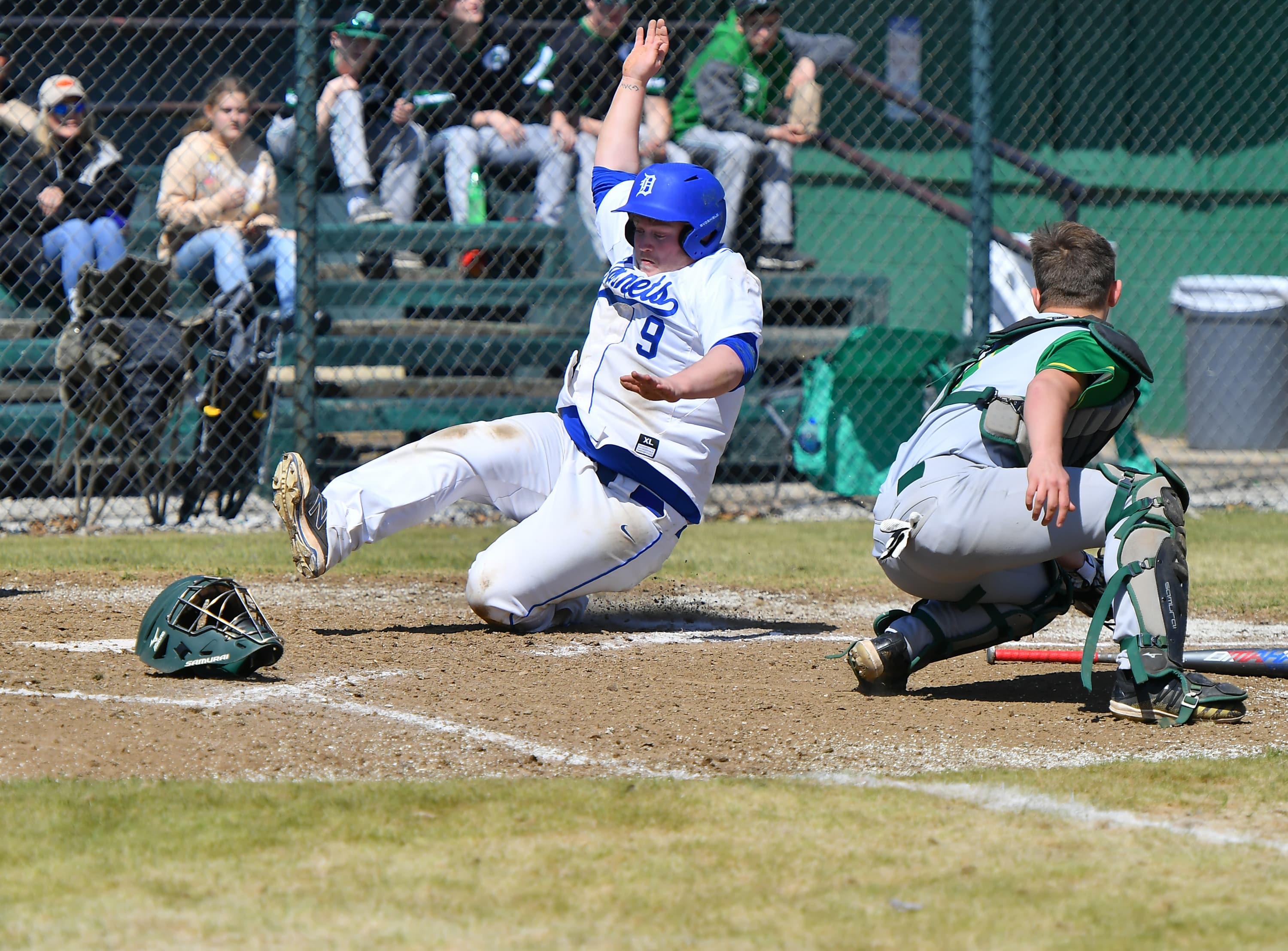 Gore – After a tuff 5-4 loss to the Gore Pirates in the opening game of a triple header, the Depew Hornets came back to blank the Canadian Cougars 11-0 in a run rule shortened 3 inning contest.

Seth McDaniels allowed just one single in the opening inning to the Cougars T.J. Cook to keep Canadian scoreless in the top of the 1st.

In the bottom of the frame, three errors and a hit batter by the Cougars along with singles by Tucker Tinsley, Jess Smith and Chris White, quickly put Depew on top 5-0 after one.

After a single by Jayden Snyder in the top of the second, two McDaniels strikeouts and a fielders choice kept Canadian off the board.

The bottom of the inning produced more miscues by the Cougars. Three more errors, a hit batsman and three walks along with singles by Cameron Tattershall and Tyler Burdick put Depew up 11-0 after two innings.

McDaniels struck out two and forced a ground out to put Canadian down one-two-three in the third inning to force the run rule at 11-0 after three and give the Hornets the win.