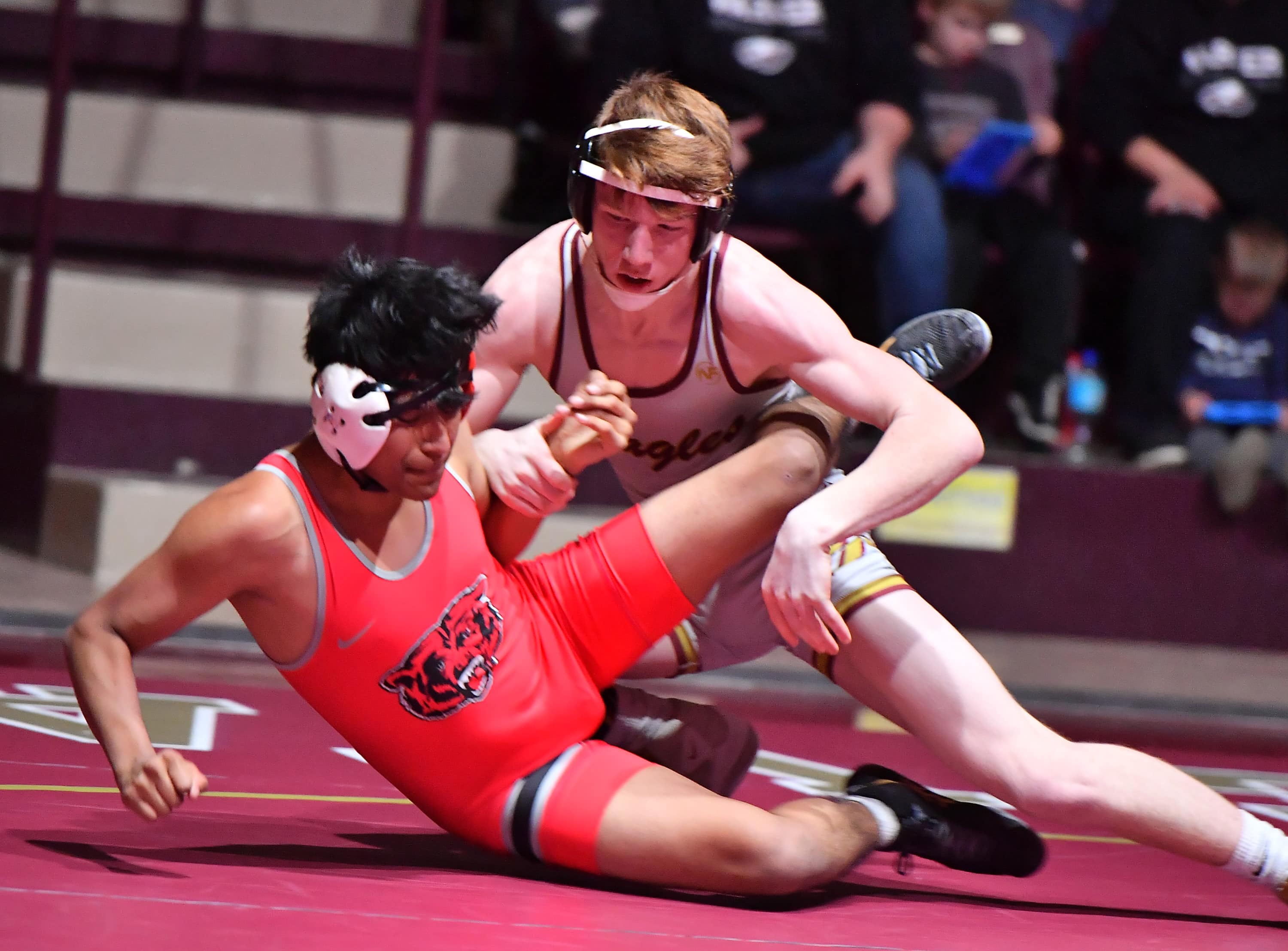 WARNER – The Northside Grizzlies from Ft. Smith Arkansas came to challenge the Warner Eagles. The Class 6A Grizzlies proved to be a bit much for the upcoming Warner squad as they took the victory 57-24.

Kayle Lindsey started the night for Warner at 106 lbs. and was awarded the victory by forfeit fro a quick 6-0 lead for the home team.

From that point it was all Grizzlies Salomon Raya by over the Eagles Hazen Lester at 113, Noel Mejia over Peydon Siebert (120), Hugo Vasquez Montoya over Taylor Moore (126) and Joshua Gonzalez Lopez over Sean Moore at 132 lbs all won by fall.

It wasn’t until Xander Torix and Cole Mayfield defeated Jesus Saldana and Rafael Raya at 138 and 145 that Warner would gain more points for the night.

That success was short lived when Derrick Leatherman received a victory by forfeit at 152. Leatherman (152) would later get a chance with Warner’s Cole Mayfield (145) in an exhibition match that was won by Mayfield.

Austin Spradlin would gain the last points for the Eagles with a fall over Andrew Legaria at 182 before Andrew Hernandez and Yared Vega each would receive victories unopposed.

The final match of the night went to Demontra Mingo over Jon Brown at the 285 heavyweight class.

The Eagles are back in action Saturday at the Maverick Conference tournament before visiting Poteau next Tuesday.

The Grizzlies will return home to finish their regular schedule before entering the Regional Tournament the week of the 21st of February.