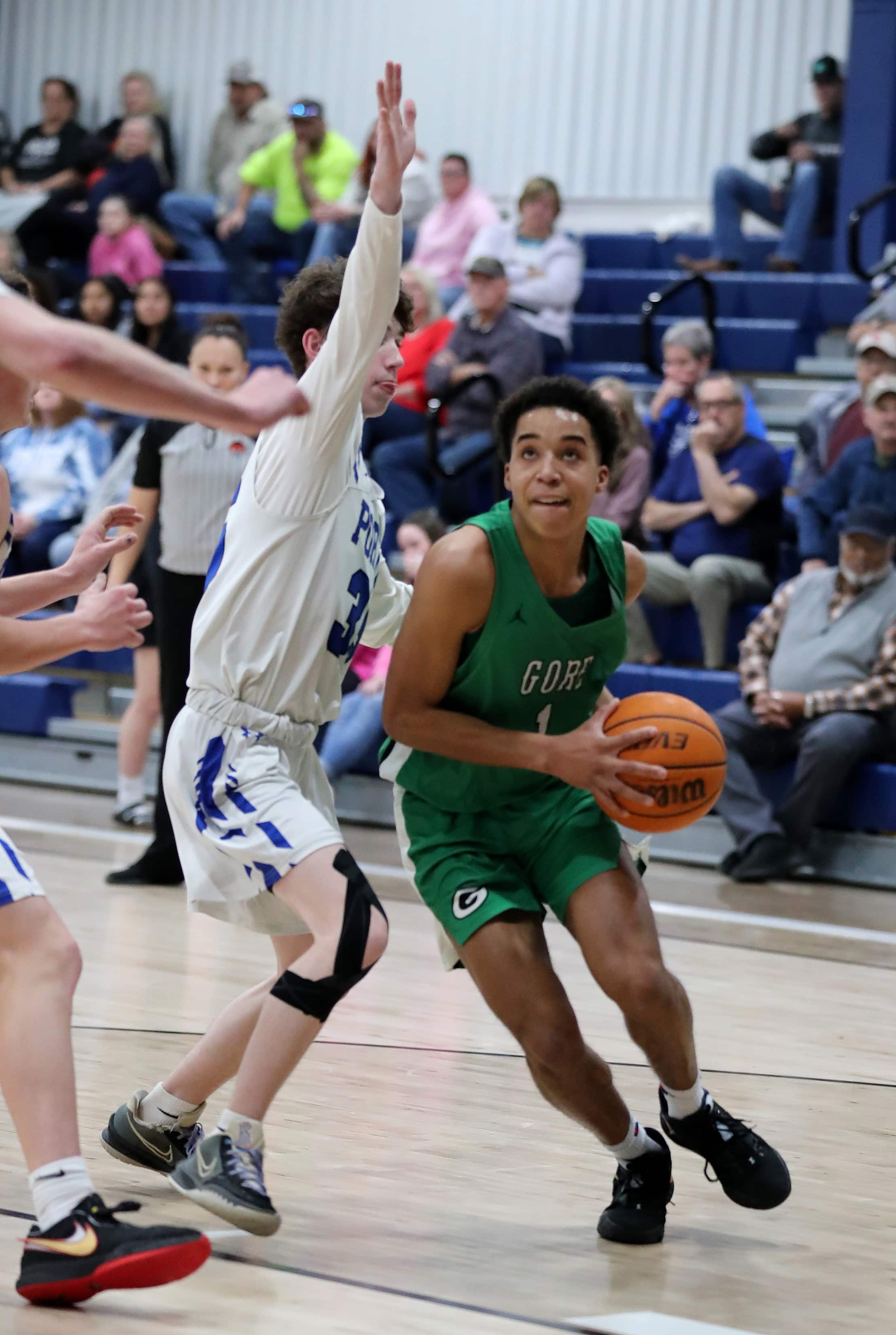 The final quarter was the telling tale with Gore pulling away scoring 16 points to porter’s 9.

Duke totaled 22 points for Gore on the night with Noah Cooper next with 14 points. Journey Shells and Aidan Dickerson each had 11 for Gore.

Porter’s top scorer was Plunk with 18 points. Logan Crain and Sam Hensley each finished with 9 points.

The Porter Pirates will get back in action Thursday in the Mounds tournament while Gore moves on to the Cross Tournament at Porum and then will take a break until the 24th when they travel to Gans to play the 2-7 Grizzlies.