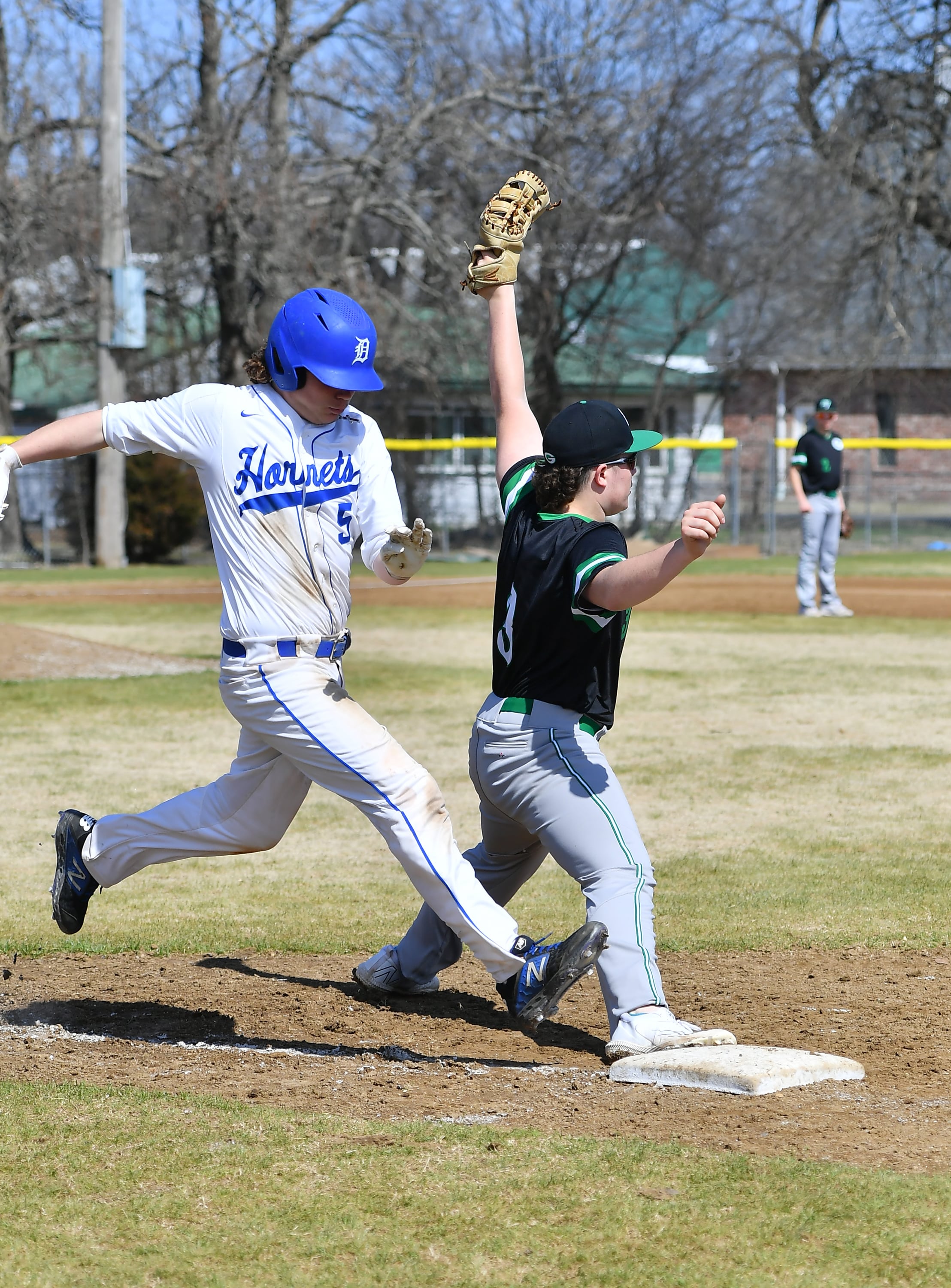 Gore – The opening game of a three game set turned out to be the closest contest of the day, when the Gore Pirates scored on a pass ball in the bottom of the final inning to defeat the Depew Hornets 5-4.

The Pirates broke out on top in the contest in the bottom of the first inning scoring 2 runs via a sacrifice fly by Ben Kirkpatrick and an RBI single by Jackson Duke.

After a scoreless second inning, the Hornets opened the third with a baserunner when Chris White was hit by Gore’s pitcher Dayne Perryman. White advanced to second on a Perryman wild pitch followed by Luke Groves reaching on an error, advancing White to 3rd.

With two on and nobody out, Groves got caught stealing 2nd and Perryman went on to strike out Tyler Burdick for the second out of the inning. Perryman could not finish it out allowing a single to Tucker Tinsley, a double by Seth McDaniel and a single by Brock McDaniel that put the Hornets up 3-2 in the middle of the third.

After a double by Mike McAlister in the bottom of the inning, Gore tied the game with an error by the right fielder White on a hit by Blake Barnes allowing McAlister to score to tie the game.

The back-and-forth action continued in the 4th when Perryman opened the inning hitting C Davis. C McKenzie hit into a fielders choice eliminating Davis at 2nd. C With followed with a single, advancing McKenzie to 3rd. L Groves followed with a sacrifice fly scoring McKenzie and putting Depew back up by one.

Hunter McGee led off Gore’s 4th getting hit by a pitch and later advancing to 3rd on a pick-off attempt error. A Kirkpatrick sacrifice scored McGee and we were tied again at 4 apiece.

Blake Barnes in relief of Perryman, put up a 1-2-3 inning in the top of the 5th for the Pirates. Gore followed in the bottom of the inning with opening singles by Barnes and Garrett Dothit.  Burdick intentionally walked Ward to load the bases however the strategy backfired when Barnes scored on a pass ball with Tyler Lane at the plate to end the game in a 5-4 Pirate win