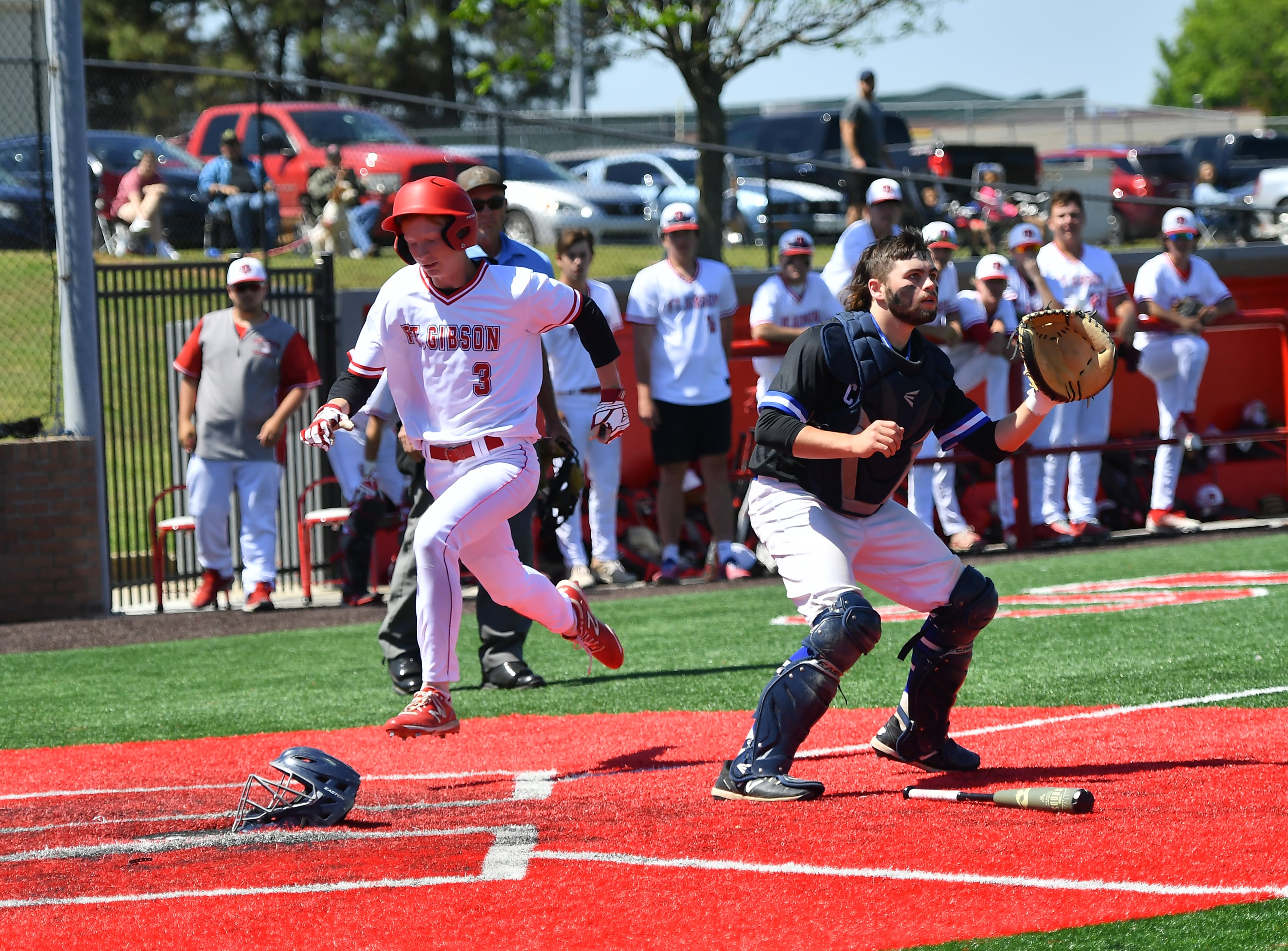 Checotah (13-19) was stymied by righty Grant Edwards who went four innings earning the 10-0 win. Edwards got off to a less than desirable start by hitting the Wildcats leadoff batter, Colten Burnett, but Burnett was left harmlessly on the base pads.

The Tigers offense was a steady machine scoring in each of the first five innings. Hayden Price opened for the Wildcats and went four innings before being relieved by Jake Vernnon who finished the day for Checotah.

Brody Rainbolt moved over from third base and was given a shot on the hill by coach Gary Edwards to close out the contest.

Fort Gibson, now 31-3 on the season, will play again Thursday afternoon at 4:00 against the winner of game two between Stigler and Cleveland. The loser of that contest will face the Wildcats at 6:30 with the winner advancing to play Friday evening and the loser being eliminated.

The Tournament will resume Friday at 4:00 with a qualifying game and the championship contest at 6:30. The winner will advance to the state tournament to be held next week, May 13th thru May 15th.