Fort Gibson Squeaks one by Tahlequah 2-0 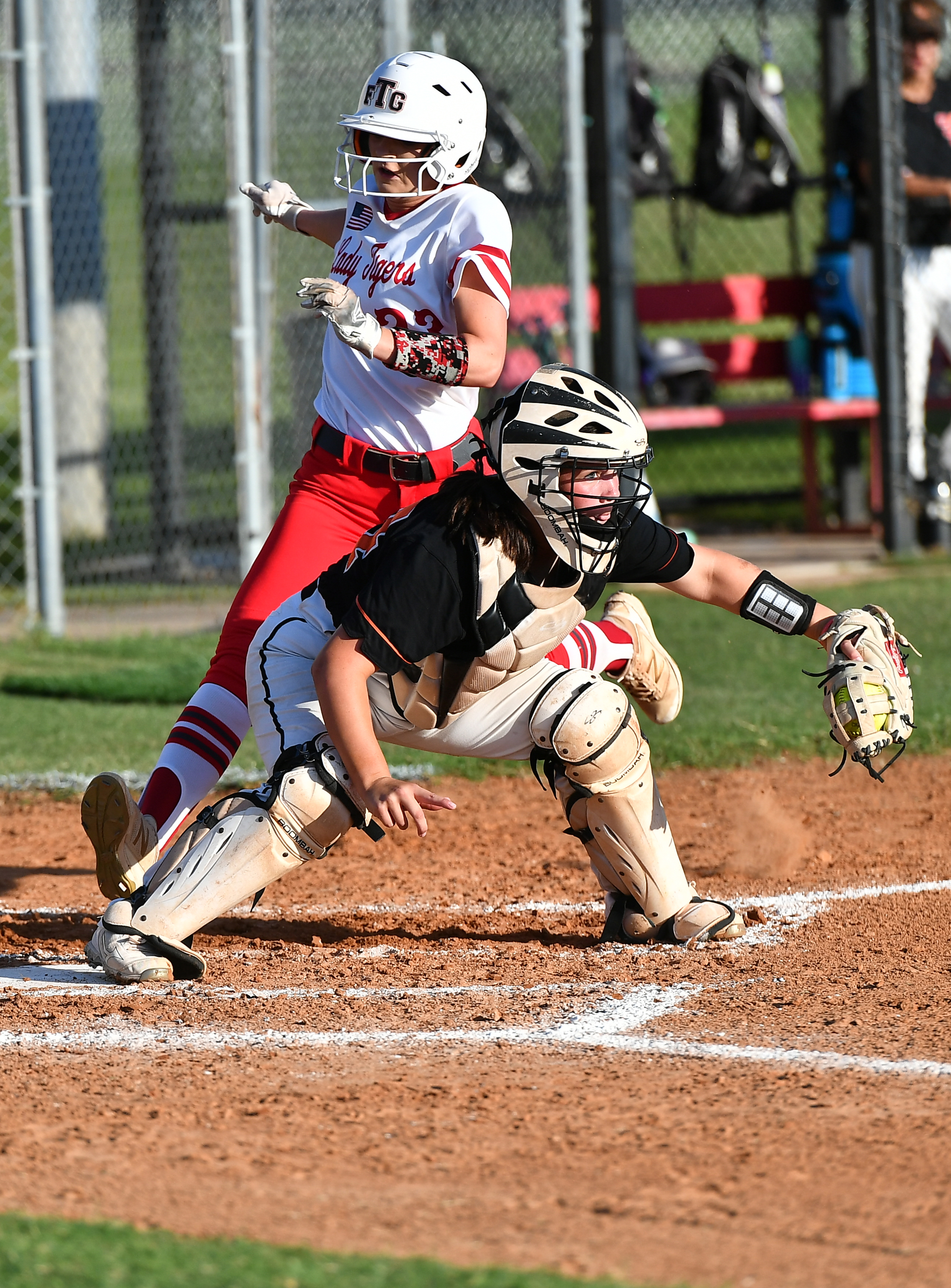 FORT GIBSON – In a post season warm-up Tuesday afternoon the Tigers of Fort Gibson squeezed by the Tigers of Tahlequah 2-0 in a closely contested match-up.

Hannah Thouvenel continues to have the hot bat for Fort Gibson going 3 for 4 on the day. Courtney Hill the Tigers ace, along with an outstanding defensive effort kept Tahlequah off the board.

Thouvenel started things off for Gore in the first with a triple to right on a full count pitch. Nia Polzin, who also had a multi-hit game singled to center driving in Thouvenel for the game’s opening score. Betty Danner, Tahlequah’s shortstop, was the only visiting Tiger with a multi-hit game notching two singles.

In the third, after singles by Thouvenel, G Williams and Polzin loaded the bases. Thouvenel was then caught at home trying to advance on a fielder’s choice. Courtney Hill followed helping her own cause with a single to short scoring Williams for a 2-0 Tiger lead.

That would be it for the scoring. Hill, who was relieved by Kameryn Walker in the fifth, notched 6 strikeouts over 4 1/3 and allowed just two Tahlequah hits. Her counterpart, Mikah Vann spread out 10 hits over 6 innings for the visiting Tigers, allowing just the 2 runs while striking out five Fort Gibson Batters.

The Fort Gibson Tigers will prepare for the upcoming regional 4A tournament by taking on several 6A teams before the tournament begins next Wednesday. They will start with the Muskogee Roughers Wednesday afternoon and plan to travel to OKC later in the week to face 6A Deer Creek and Mustang in the OC Shootout festival.