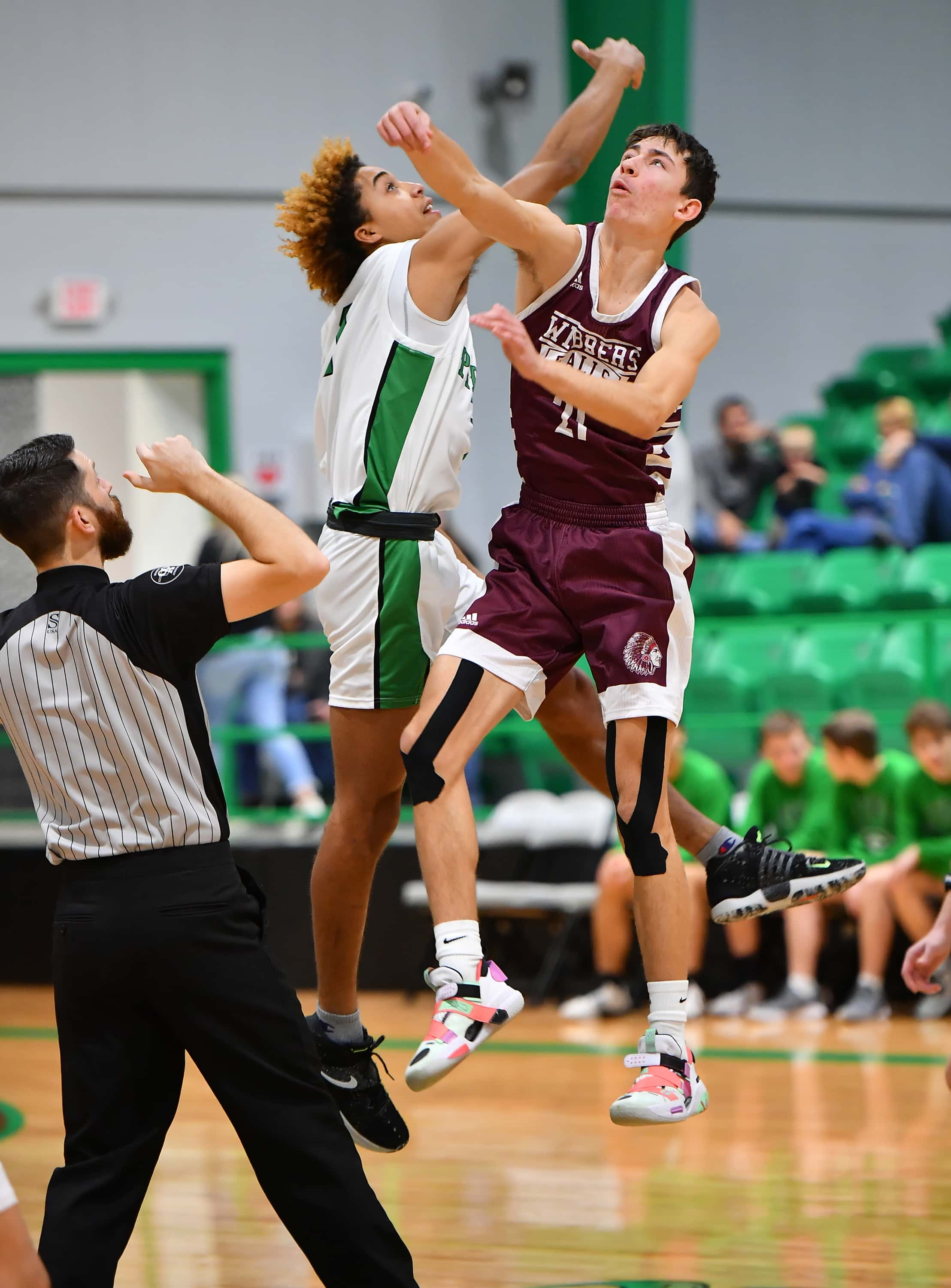 Gore – The Webbers Falls Warriors (6-4) came out strong in the first half but left their game in the locker room at halftime. The Gore Pirates (3-5) trailed 29-23 at the break but Webber could manage but 3-points in the third and never saw the lead again to fall 52-49 to a scrappy group of Pirates.

It was Ashton Davis and Daylan Jarrard who propelled the Warriors to the lead in the first half for Webbers Falls with two 3-pointers each in their 19-point second period.

Gore picked up the slack in the third outscoring Webber 16-3, but the excitement was yet to come.

With time ticking down in the final period and the clock at 9-seconds, the Pirates were in the lead by 2-points. Webbers Falls had a side-out on the offensive side of the court but failed to inbound the ball in time causing a turnover.

Gore’s inbound effort was thwarted by a foul giving the Warriors another shot to score. That shot fell short, and they were forced to foul to stop the clock with 0.8 seconds.

The Pirates who had missed on 13 free throws already on the night, went 1-for-two at the line to take the lead by 3.

Trailing by 3 with 0.8 seconds remaining it was a quick inbounds and a ¾ court Hail Mary by Jarrard that had no chance, but he was fouled, and the Warriors were awarded three free throws and were alive with a chance to tie the game.

Jarrard, who was 5-for-6 from the line on the night came to the charity stripe but missed all three shots giving the Pirates the 52-49 win.

The Two will meet again at Webbers Falls on the 4th of February in what looks to be another “Must See” contest.