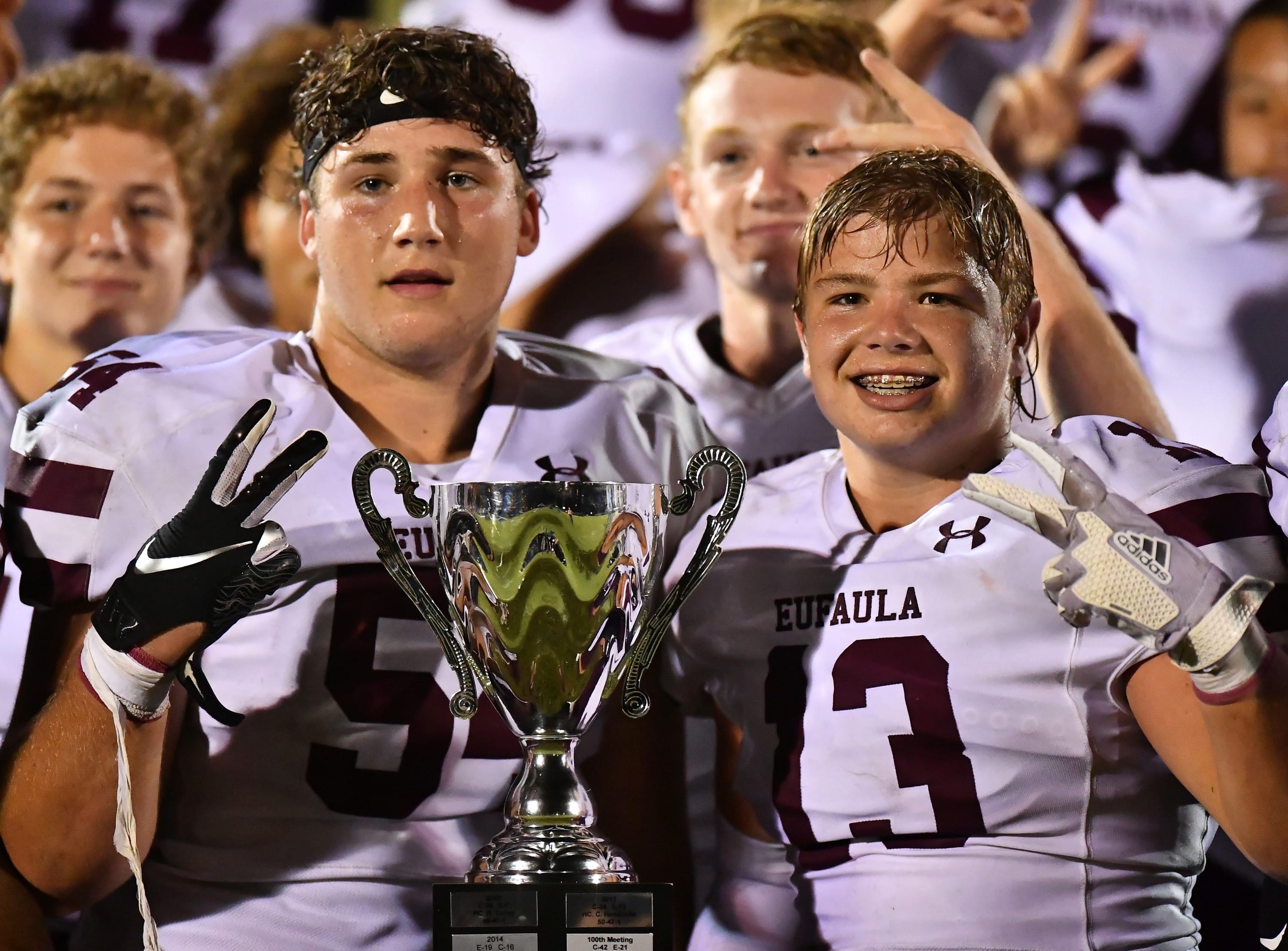 View/Purchase Game Photos
Sign-Up CSSN Subscription
CHECOTAH – The Eufaula Ironheads made it two in-a-row Friday night in Checotah by getting by the Wildcats 19-12 in the annual MacIntosh County War.

Both defenses were stingy the entire game with the scores coming mostly on big plays. Checotah broke the ice in the first quarter when Dontierre Fisher broke a run over the left side of the Eufaula line for an 83-yard TD run with just 18 ticks left in the opening quarter to give the Wildcats a 6-0 lead.

In the second quarter it was Eufaula’s turn when Nick Jones hit for a 24-yard Touchdown strike to Noah Gray. The extra point was good, and the Ironheads took a 7-6 lead into the half.

After a scoreless third quarter Checotah managed to get inside the red-zone with 9 minutes remaining in the game. Aided by a horse-collar tackle and subsequent unsportsmanlike conduct call on the Ironheads, The Wildcats put it in the end zone via a 5-yard TD run by Fisher to put the Wildcats on top 12-7.

With 6:36 left on the clock it was Gray again for Eufaula, this time from Luke Adcock for a 55-yard TD strike to put the Ironheads back on top 13-12.

The ensuing Wildcat started on the 43 yard line and quickly went backwards. The Ironheads stuffed the first down play. A bad snap on second down put Checotah back even further and an attempt to keep the drive alive failed and turned the ball over to the Ironheads.