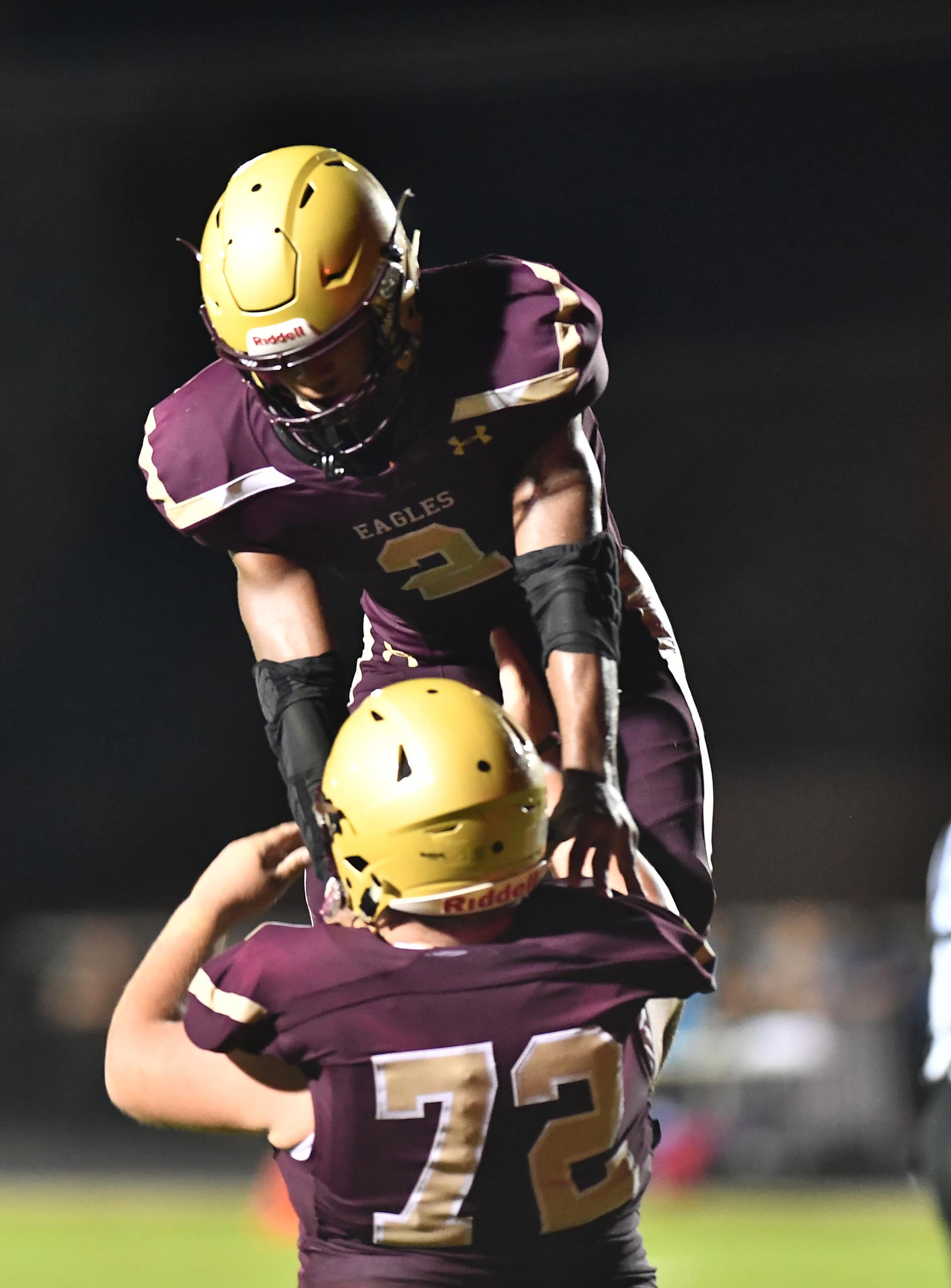 Warner – The full house home crowed saw the Warner Eagles take the first game of the season and the first ever under new head coach Chuck Capps.

Warner’s Defense was too much for the Chouteau-Mazie Wildcats. Each time they needed a play they came up big stopping drives and heading off any Wildcat advances.

It was a penalty-ridden game that kept the scoring down until the third quarter when a solid Eagle drive got the ball to the Wildcat 3-yard line. Mason Jim, the Wildcats feature back, sealed the deal in the third quarter with a touchdown run up the middle for the only scoring play of the contest.

Jim and quarterback Trevor Capps carried the load for Warner as the main two ball carriers. Caps kept the scoring drive alive with a first down at the Wildcat 7-yardline before the Jim scamper into the endzone.

The Eagles will go on the road for the next two weeks starting at Mounds next Friday night. Their next home appearance will be September 27th vs. Central (Sallisaw), a game that that they have circled on the schedule.

The Wildcats get to open their home campaign next week against Tulsa NOAH Home School.