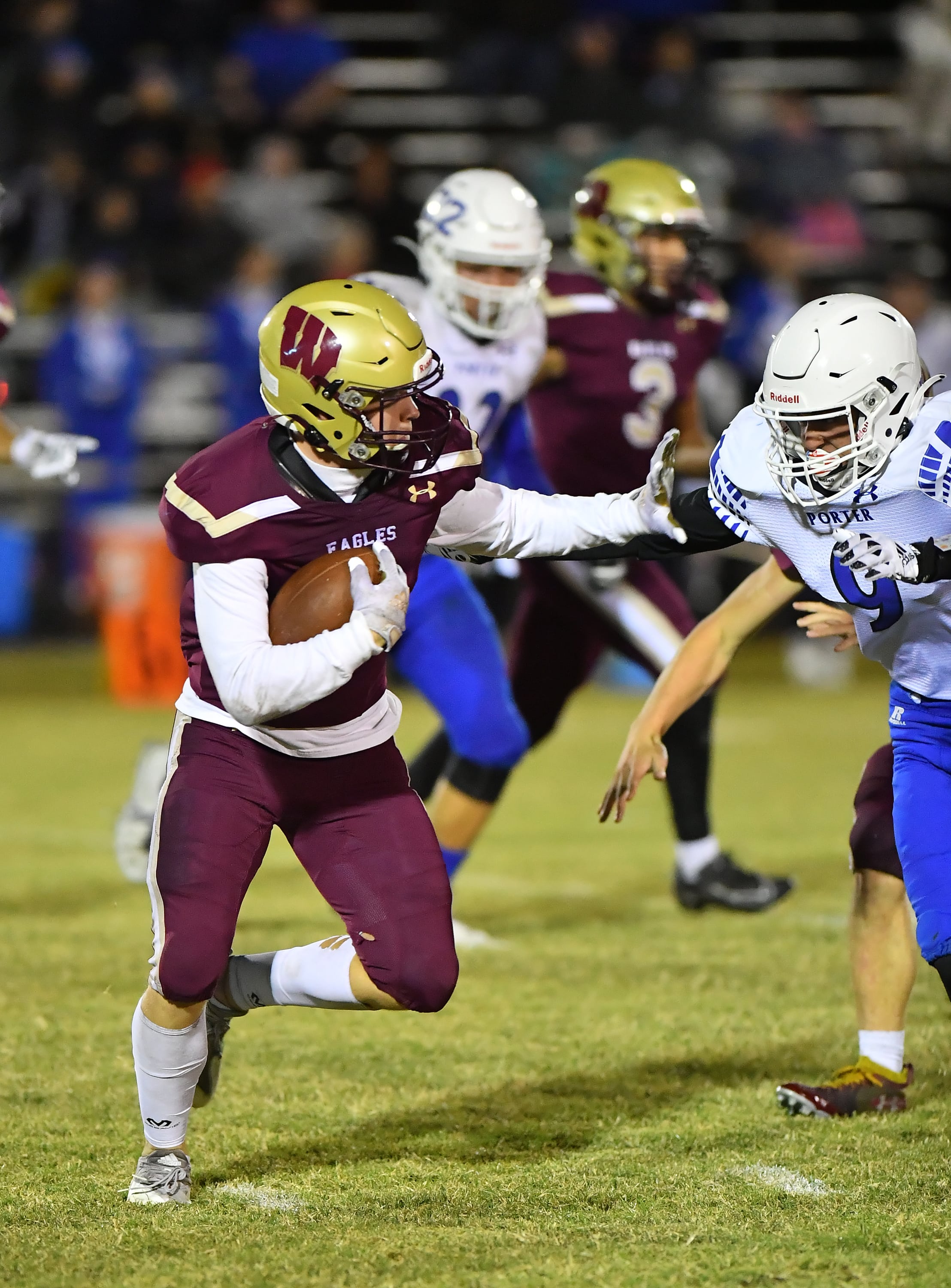 WARNER – The Warner Eagles continued their stiff defense Friday allowing just 7 points to the Porter Pirates in a 57-7 win in their final regular season game of the 2021 season. Warner, for the season, has allowed just 73 points over 10 games while scoring 446 over that same span.

With Adam Thompson filling in for the injured Jace Jackson Thompson handed off to Mason Jim at the 12-yard line for a run into the end zone to get his Eagles on the scoreboard with 2:20 remaining in the opening quarter.

With less than a minute remaining Thompson took it in himself from the 20 yard line for the second Warner score of the night and a 13-0 lead after one period.

With 2:16 remaining in the half Thompson took to the air for a scoring strike to Callen Park in the corner of the end zone and with a missed extra point the Eagles lead 27-0.

The scoring wasn’t quite done yet when after a bad snap to the Porter Punter the ball went through the back of the end zone for a safety and another 2 points for Warner.

After receiving the ensuing kick, the Eagles had just :33 seconds to put together a short drive that was capped off by Jim again on a short scoring run. The Carson Parks kick was good, and the Eagles led 36-0 at the break.

With a running clock in the second half, Warner would add scores King Harrison (8-yard run),  Preston Cannon (67-yard run) and one more from Freshman quarterback Cole Mayfield for the 57-7 Warner victory.

The 9-1 Eagles will host The Stroud Tigers (5-5) next Friday in round 1 of the OSSAA Class A State Playoffs.