Eagles Take Opener With a 54-0 Shutout. 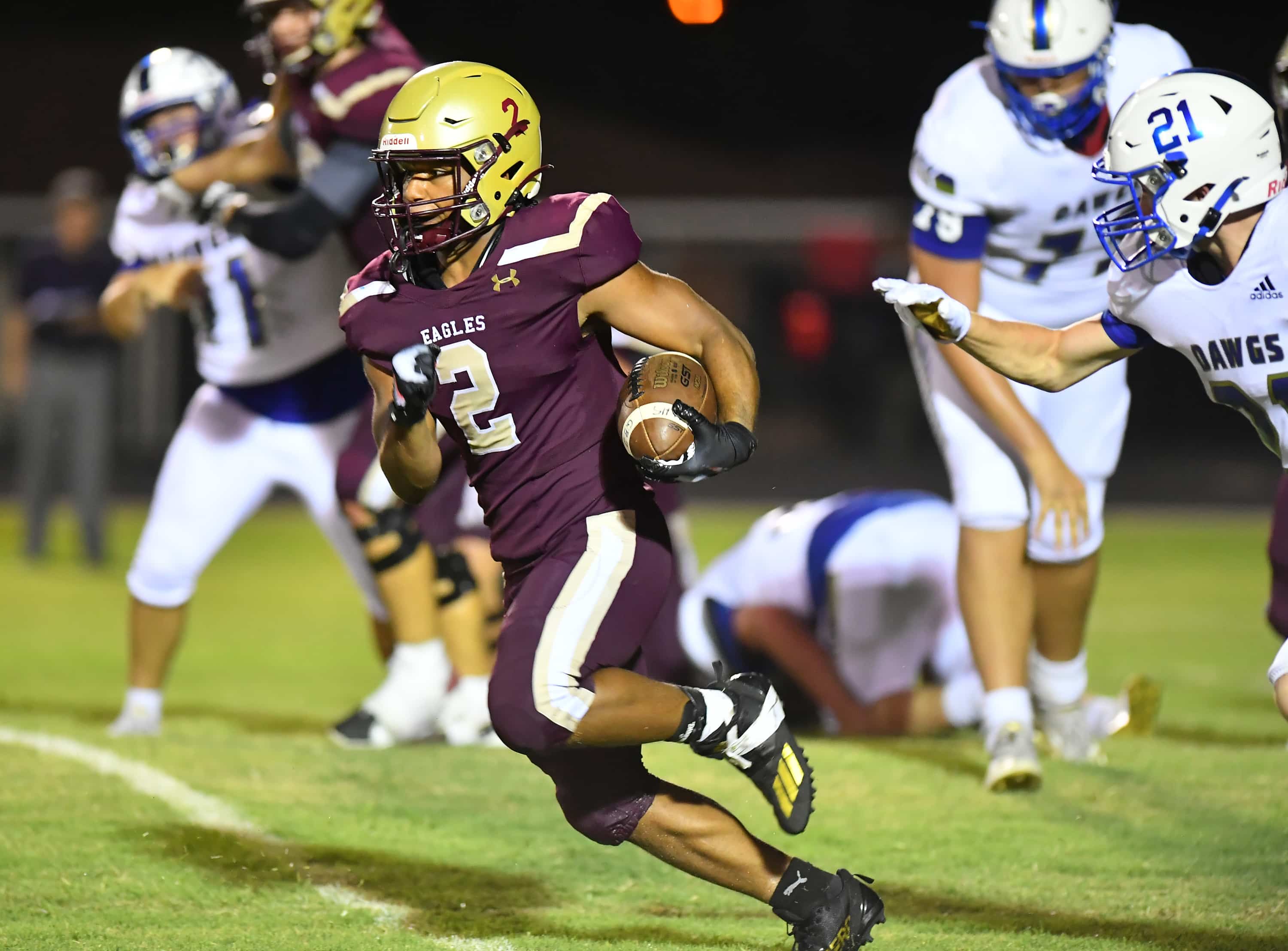 This was evident Friday night when Coach Rafe Watkins’ Eagles blasted past the Savanna Bulldogs 54-0 in a dominant performance on both sides of the ball.

After a 64-yard drive in the opening period to the Bulldogs 1 yard line, Eagles premiere running back Mason Jim, Fumbled, turning the ball over to Savanna. Two plays later a bad snap and the defense took over the scoring duties with a safety.

Warner’s Defense shined allowing only 65 total yards of offense and just five first downs on the night. Hunter Girty provided a wall on the D-line that stuffed the Bulldogs allowing just 28 yards rushing for the night. Carson Parks and Jeremiah Pearson each contributed interceptions that both led to Eagle scores.

The night started with a few fireworks and that was a sign of things to come for the Warner offense. The Eagles notched 30 first downs on 379 rushing yards and 104 passing.

On the ground, Mason Jim led the way with 158 yards and three touchdowns. Quarterback Joe Jackson also broke the 100-yard barrier with 119 rushing and added 69 passing yards plus a TD to Callen Park on 28-yard scoring strike in the first half.

Warner will hit the road next week to Henryetta to take on the 2A Knights while the Bulldogs return home to face the Canadian Cougars.