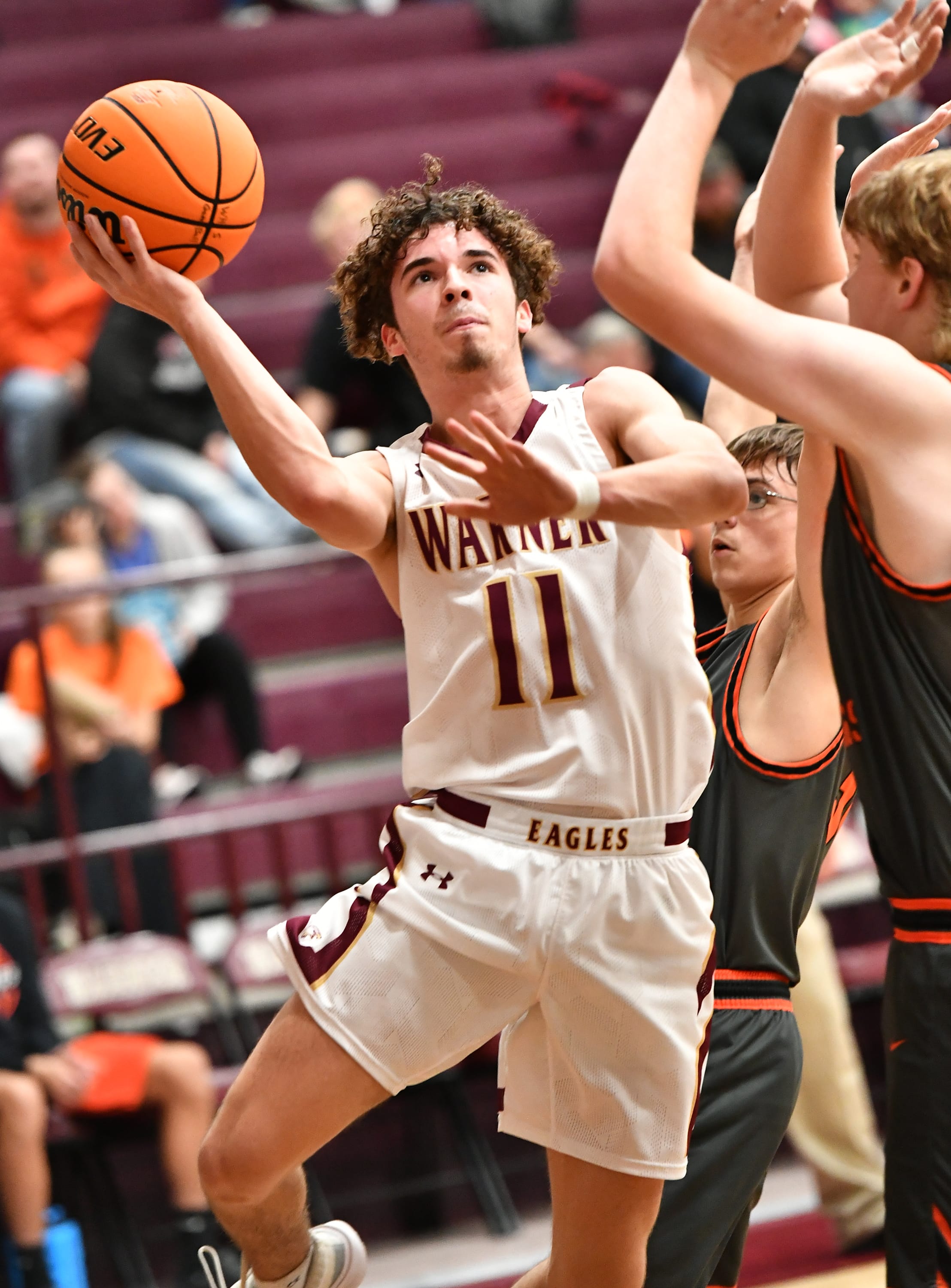 View/Purchase Game Photos
Sign-Up CSSN Subscription
WARNER – Warner (7-4) jumped out to a 13-4 lead in the first five minutes and then added a 15-point burst over the late first and early second quarters to put the game away with a 37-13 halftime lead over the young Mustangs who are now 4-8.

Camden Chappell was too much for Okay with seven 3-pointers and a total of 29 points on the night. Jack Van Daley had three from beyond the bonus line and hit the short jumper and layup for four more buckets to score 17 points for the Eagles.

The Eagles will be at home again tonight hosting Porter while Okay will be on the road at Arkoma.