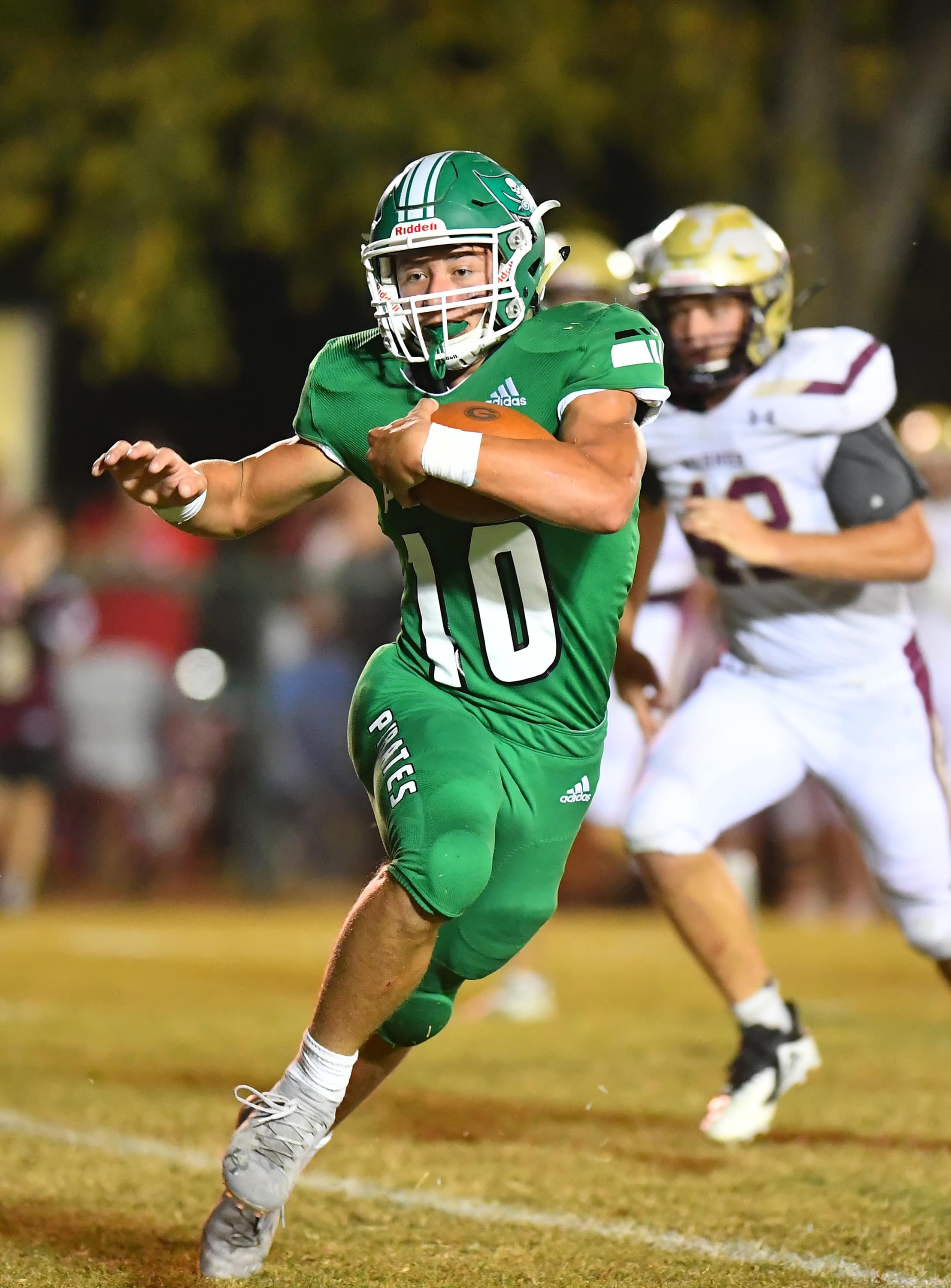 View/Purchase Game Photos
Sign-Up CSSN Subscription
GORE – The annual meeting between two division foes was well attended by fans from both teams and they were treated to a squeaker that went down to the last minutes. The Gore Pirates edged the Warner Eagles 14 – 8 but it wasn’t without fight.

The opening quarter turned out to be the downfall for Warner as they aided the 3rd ranked Class A Gore Pirates with 3 offsides penalties on the opening drive that proved to eventually be the game winner. Penalties were a problem for the Eagles who compiled a total of 85 yards on 11 flags on the night.

Gunnar Dozier and Zane Craighead provided the offense on the opening drive for the Pirates with Craighead hitting paydirt from seven yards out to open the scoring.

Craighead finished the night with 57 yards rushing on 14 carries and added 17 yards through the air on 2-of-5 passing.

Warner’s first year head Coach Rafe Watkins must have had a serious discussion with his squad at halftime because the Eagles came out of the locker room looking like a different team. After receiving the second half kickoff the Eagles put together a 13-play, 69 yard drive that ended with a 2-yard Jackson push into the endzone and an Austin Baker catch for the 2-point conversion.