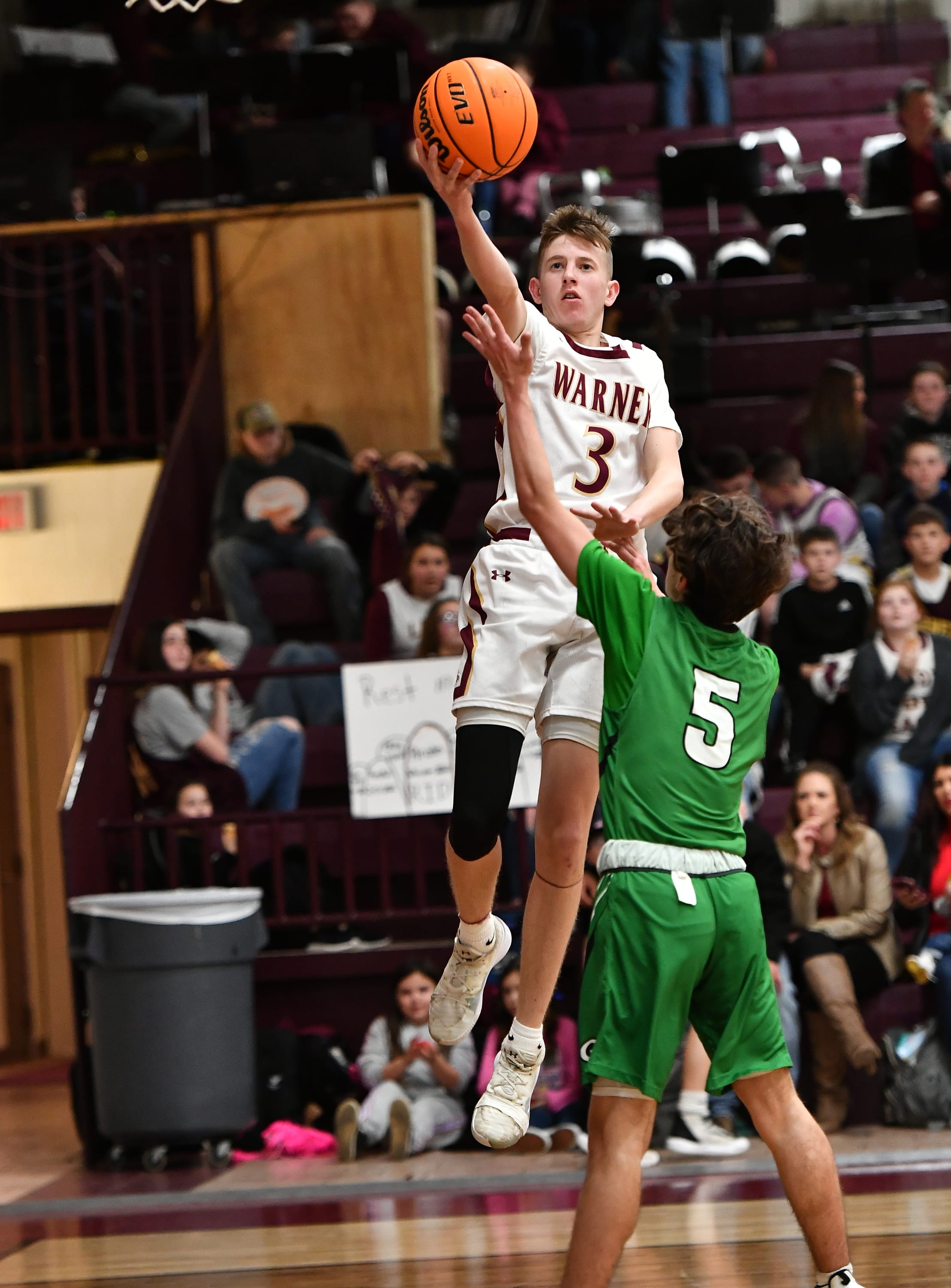 View/Purchase Game Photos
Sign-Up CSSN Subscription
WARNER – The Warner Eagles opened up a 20-7 lead after one period and never looked back Friday night on way to a rout of the Gore Pirates by a score of 70-37.

Jack Vandaley posted 10 of the Eagles 20 points in the first and was high scorer for the Eagles with 21 for the game. Weston Gleese and Camden Chappell each scored 14 for Warner and Landon Shallow hit for double figures with 12 points.

Warner had ten treys for the game, four by Vandaley and two each by Shallow, Gleese and Chappell.

The Eagles will get a Bye next Friday night and will open their tournament play Saturday against the winner of Fridays contest between Gans and Ketchum.

The Pirates open their district play Friday facing Wewoka in a first round game at Central Sallisaw.