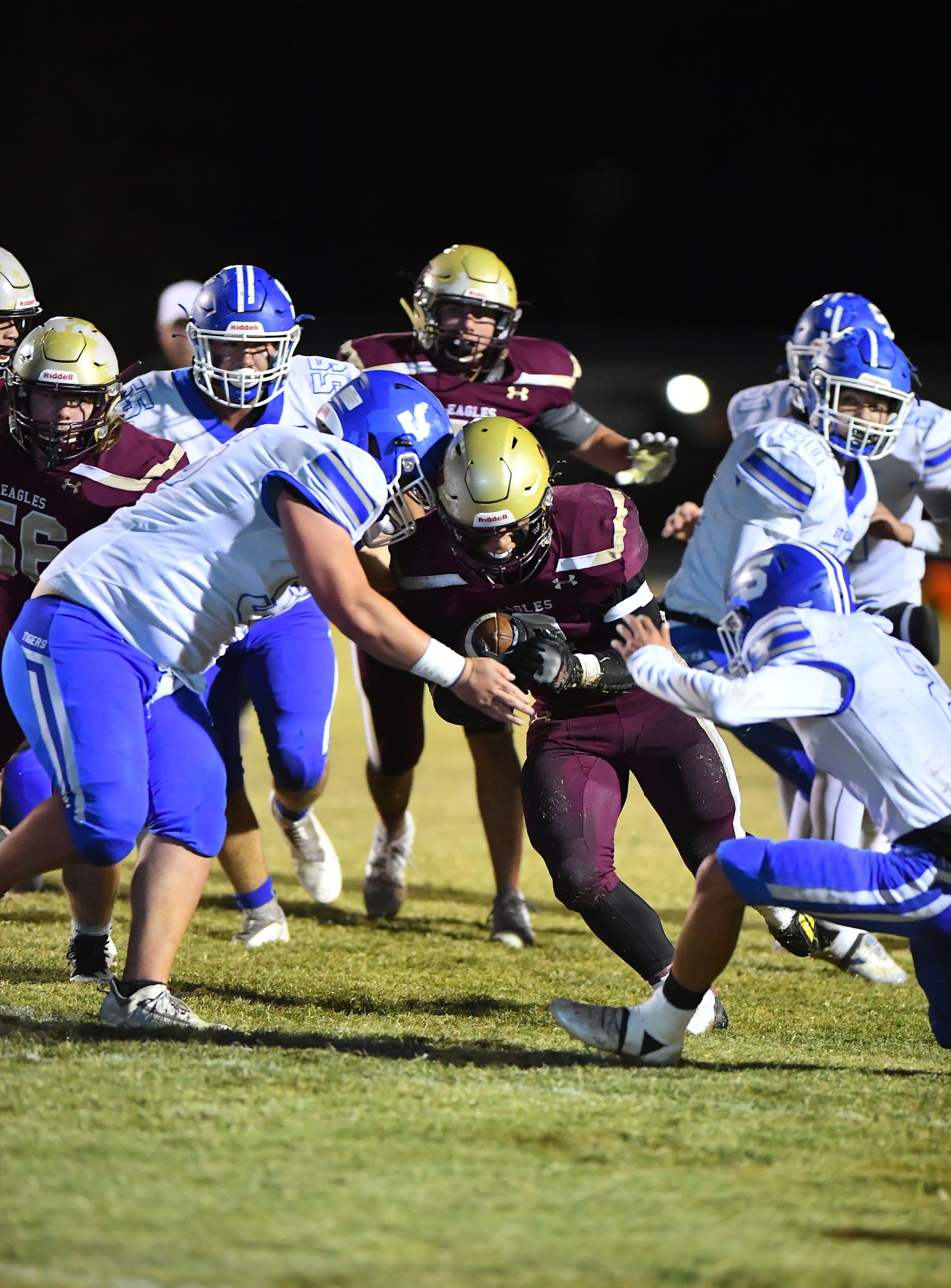 WARNER – The Warner Eagles quest for a Class A OSSAA Golden Football ended Friday night with a 18-0 shutout loss to the Stroud Tigers in the first round of the playoffs.

With the starters not playing a full game since October 1st., there was little sign of a letdown on either side of the ball. But after four consecutive weeks against lesser competition, Warner ran into a determined bunch of Tigers.

After Stroud’s first score in the opening quarter, there seemed to be some light as the Eagles drove down the field to answer. That light was extinguished when after an apparent Warner touchdown by Mason Jim, the play was called back on a penalty and the Eagles never recovered.

Stroud pounded the right side of Warner’s defense for long sustained drives in each of the first three quarters to lead after three 18-0. The Eagles defense stropped all three Tigers attempts for 2-point conversions but could not break through Stroud’s defense for a score.

Congratulations to the Eagles on a well-played successful season and also to Stroud for their win and advancement to the second round.

The Tigers (9-3) will have to travel just North of Stillwater next Friday to take on the Morrison Wildcats (8-3) in the second round.