Eagles Pull Away in Second Half at Gore 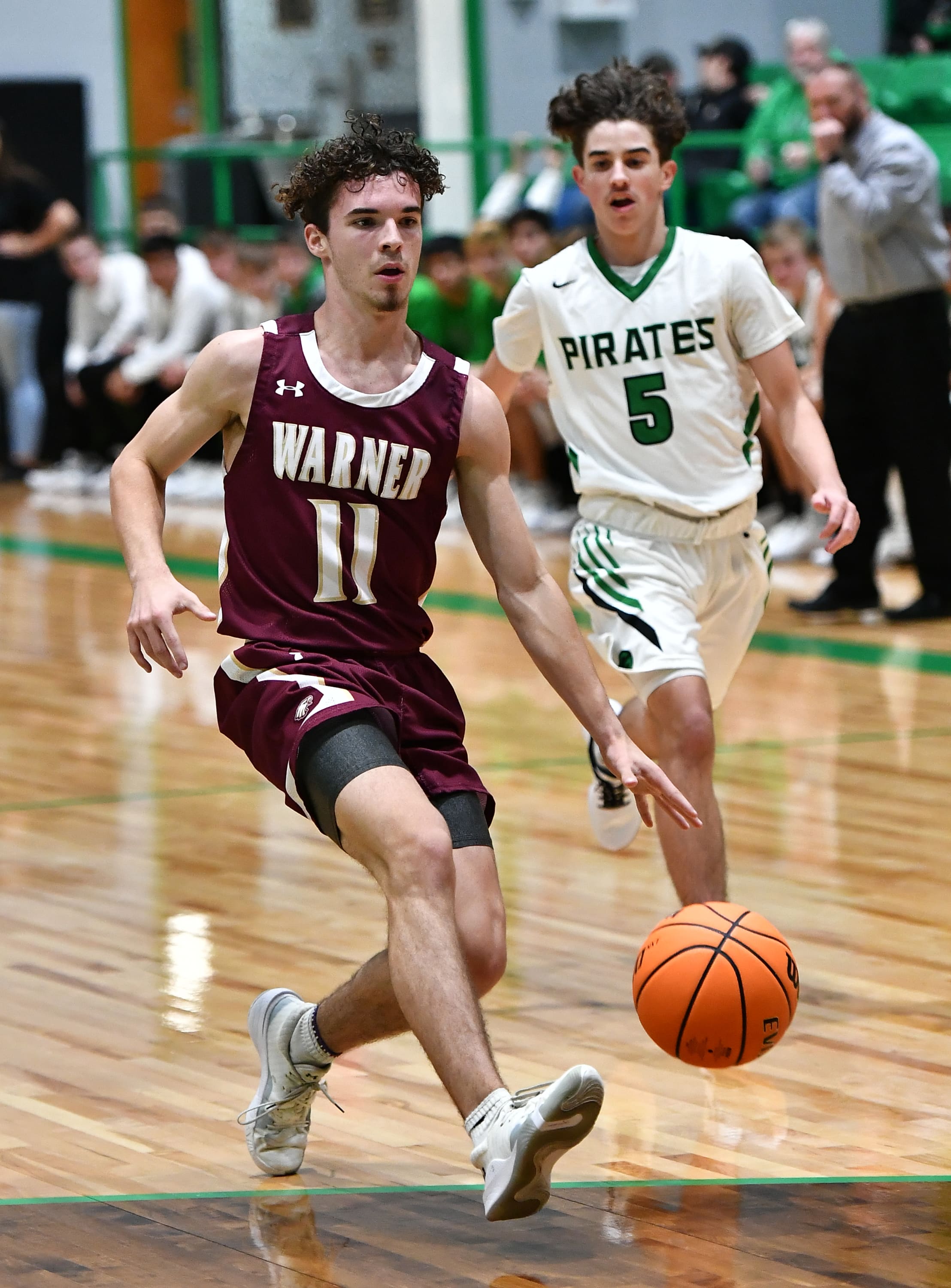 View/Purchase Game Photos
Sign-Up CSSN Subscription
GORE – The Warner Eagles were in a battle Tuesday night at Gore with a tightly played game for one half until they pulled away after the break to take a 65-49 win back to the nest.

The opening period belonged to Warner thanks to Jack VanDaley. VanDaley postrd two 3-pointers along with another two buckets from the floor for a 10- point first that put the Eagles out front by nine 20-12 after one.

The second eight minutes was a rebound for the Pirates. Jacob Morgan netted 9-points with Weston Shanks and Brady Thomas, each with 2, accompanied by a Benjamin Kirkpatrick 3-pointer from downtown to bring Gore within one, 29-28 at the break.

From the onset of the third, Warner took charge scoring 16 in the frame to Gores’ 9. The Pirates simply lost the range after halftime and couldn’t find the hoop.

The final period was more of the same with Gore only netting 12 points to the Eagles 20. What was a close contest in the first half turned into a rout in the second with Warner pulling away to a 16-point victory.

Morgan was high man with 13 point, the only Pirate in double figures. The Eagles had three players in doubles led by VanDaley with 25 followed by Camden Chappell with 16 and Harden Peters with 15 points.

The Pirates will end their 4-game home stand next Thursday against Okay in a non-conference contest, while the Eagles remain on the road vs Class A Summit Christian (4-0) that same night.