Eagles Nip Mustangs at the Wire 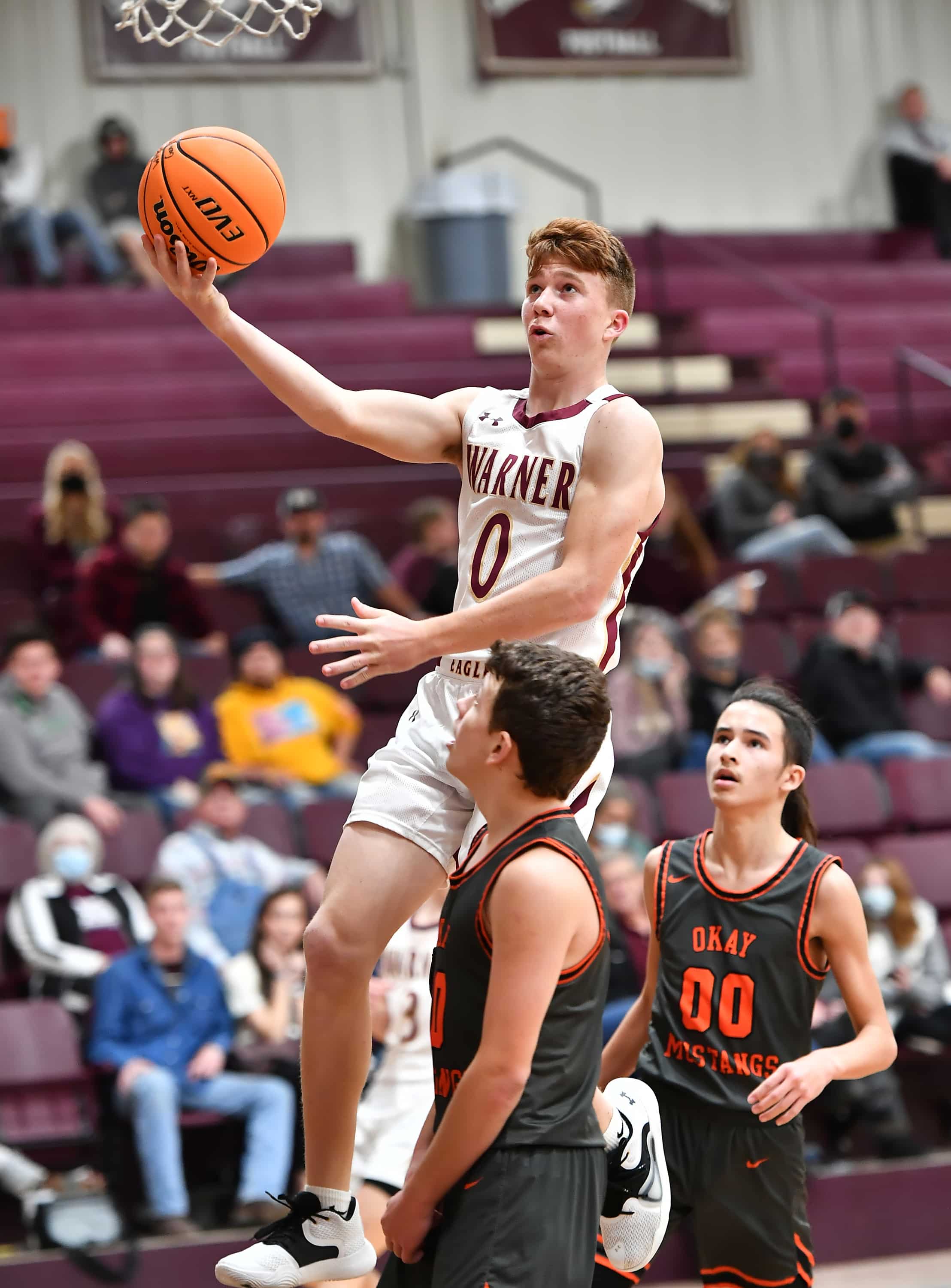 View/Purchase Game Photos
Sign-Up CSSN Subscription
WARNER– The Warner Eagles (2-2) just got by the Okay Mustangs Tuesday night in back-and-forth hard fought battle and held on for a one point, 37-36 win.

The Eagles got off to a slow start netting just 8 points in the opening period and falling behind by 4 points 12-8 after the first frame.

By the half, the Mustangs held that same advantage going to the lockers leading 21-17.

Coach Trae Fairchild changed defensive strategy at the half and went to a press defense that forced the Mustangs into a faster pace. That pace not only helped the defense but the run and gun offense that resulted paid dividends in the fourth quarter.

Landen Swallow netted two 3-pointers and one from the line and Jace Jackson was good for three from the floor in the final period. The 4th quarter surge put Warner on top 31-30 with just under 6 minutes remaining. That one point lead held through the period.

The Mustangs Aaron Perkins had a shot with 3 ticks left but his effort hit the rim and gave the Eagles the 37-36 victory for their second win of a pandemic hampered season.

Okay is scheduled to travel to Arkoma (2-1) next Tuesday night for a battle of the Mustangs and the Eagles will host the Warner tournament next Sunday thru Tuesday.