Eagles Move on with 58-49 Win Over Tigers 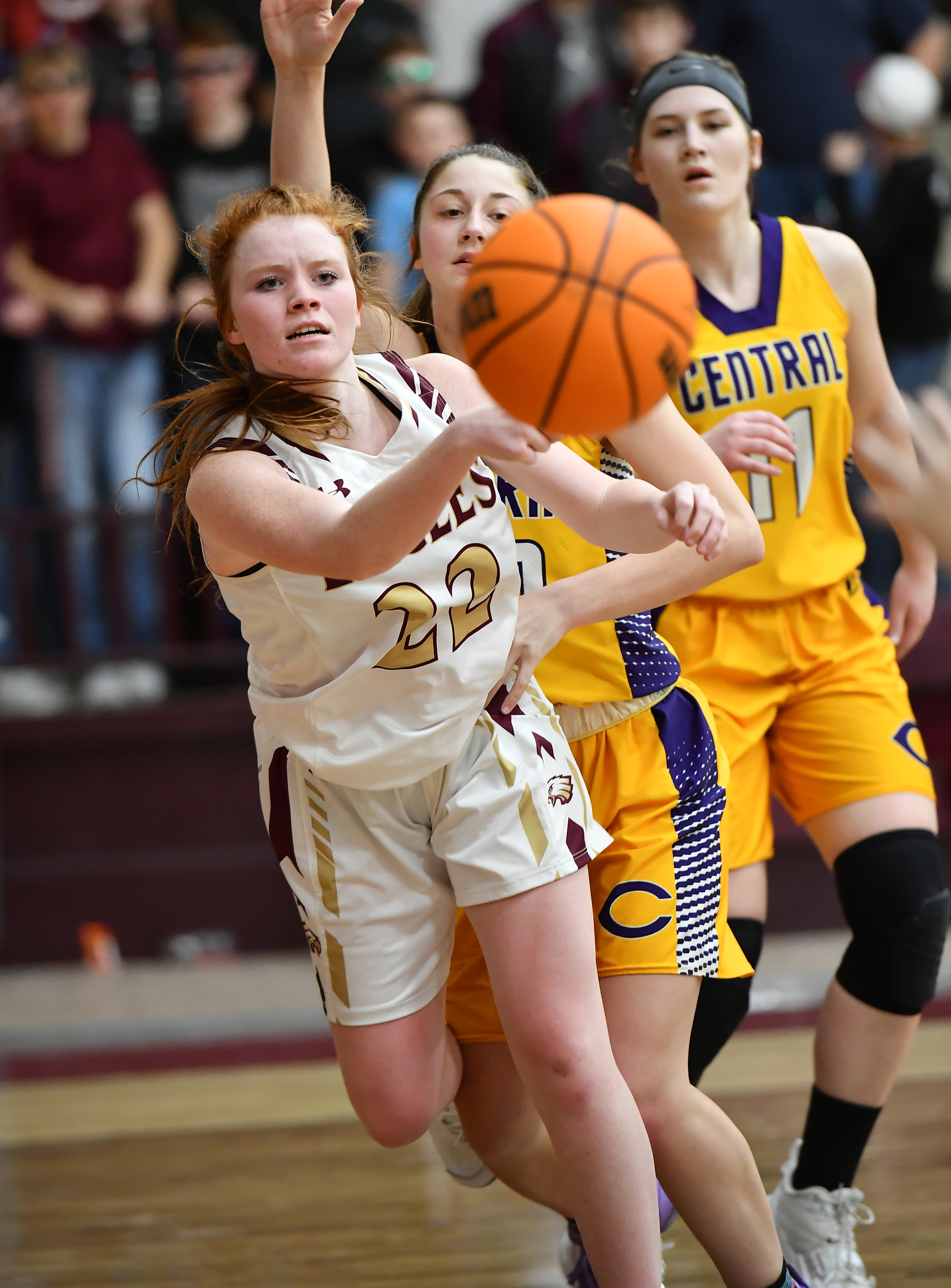 Jaylee Kindred, a senior NSU commit, led the Eagles with another outstanding performance notching a double-double in the win over the 11th ranked (11-5) Lady Tigers of Central Sallisaw. Her achievement came via a 21 point game and 10 rebounds along with five blocked shots.

Kindred was aided by an outstanding effort by freshman Alexis Fowler. Fowler was high point getter for Warner with 22 points for the contest. Leading by 9 at the half, the Eagles, aided by Fowler netted 10 of her 22 points during an 18-2 run in the third quarter to separate them from Central by 20 points 43-23 after three.

The Lady Tigers fought back thanks to full-court pressure that rattled the young Warner squad, forcing nine fourth-quarter turnovers. Central closed the gap but got no closer than the nine-point final margin.

Warner will have its hands full Saturday night in the championship game as second-ranked Howe (20-2) will be the opponent in a 6 p.m. tip-off.

Central gets a shot to remain in the tournament in the consolation bracket against the Gore Pirates at 1:00 Friday afternoon.