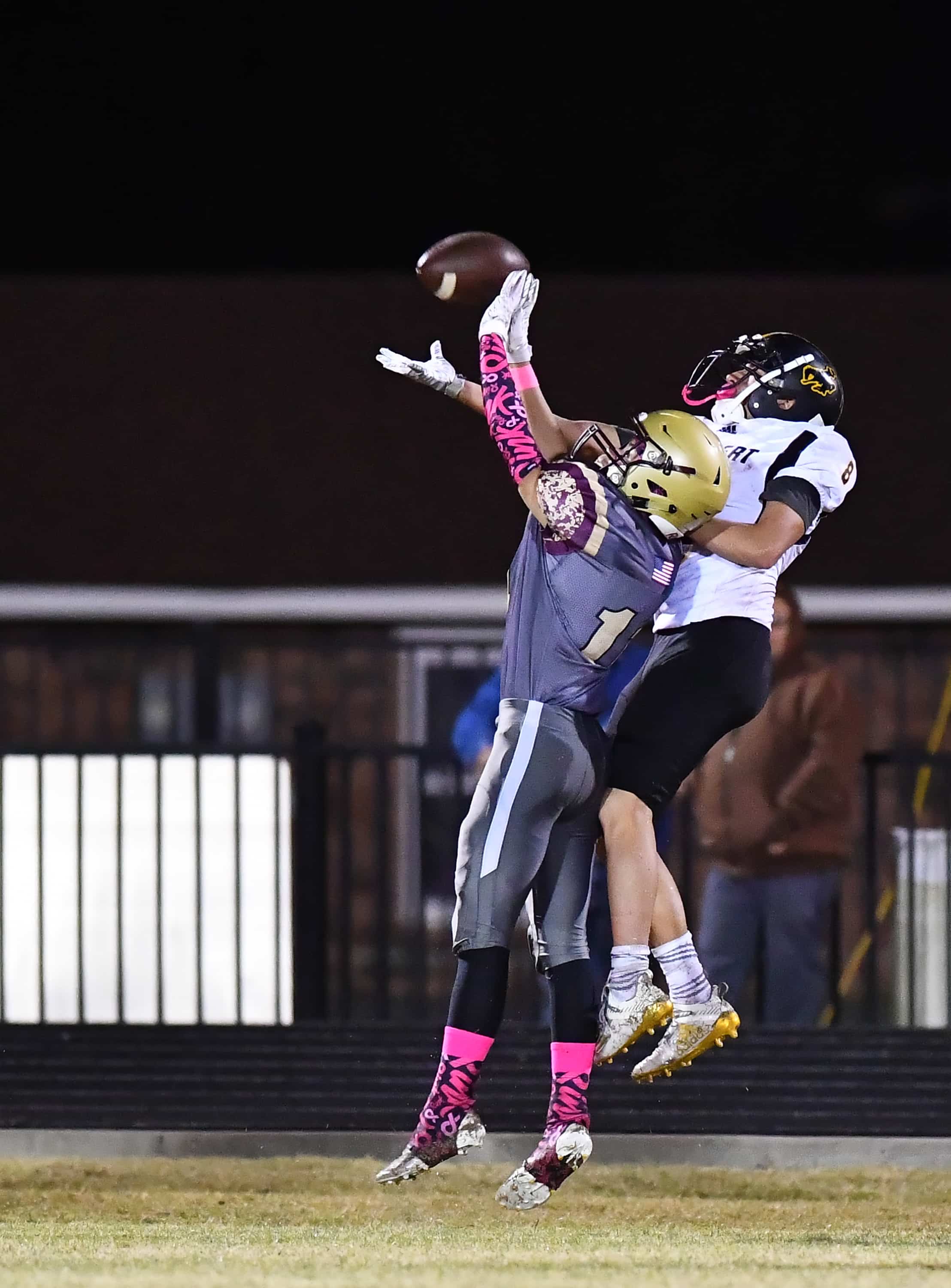 View/Purchase Game Photos
Sign-Up CSSN Subscription
WARNER –It did not take long Friday to see how the game would go at Warner high school. Before the fans could get in their seats the Eagles put up the first points of the night just seconds into the game.

When the Riders opening drive failed, Warner took advantage once again. The second play from scrimmage saw the Junior standout Mason Jim scurry 40 yards for the second Eagles score and a 14-0 lead with 8:35 remaining in the opening period.

It was all Eagles in the opening period with yet another Warner score on a quarterback keeper for a 20-0 lead and 4:40 still remaining in the period.

Still in the first period, Jeremiah Pearson added to the Warner lead with a 23-yard reception from Adam Thompson that got in the end zone for a 27-0 Eagle advantage.

Two minutes into the second quarter Keden Mosley, the Eagles freshman kicker, tacked on another 3 points for Warner with a 20-yard field goal. Moseley would add another from 24 yards in the period to take the Warner lead to 33-0 at the end of the first half.

With a substantial lead Coach Capps opened the second half with his younger players. Freshman Jace Jackson gained some game experience as a signal caller. The only play that got to the end zone in the second half was called back on a holding call and the game would end at 33-0 Warner.

With the win the Eagles earned a home playoff game on November 14th. Next week they will end the regular season with a district contest at the Porter Pirates (2-5, 1-3).

With all teams making the playoffs this season due to the Covid cancellations, The Riders return home to finish the regular season against Central Sallisaw, but will have to travel for the opening round of the Class “A” OSSAA playoffs.