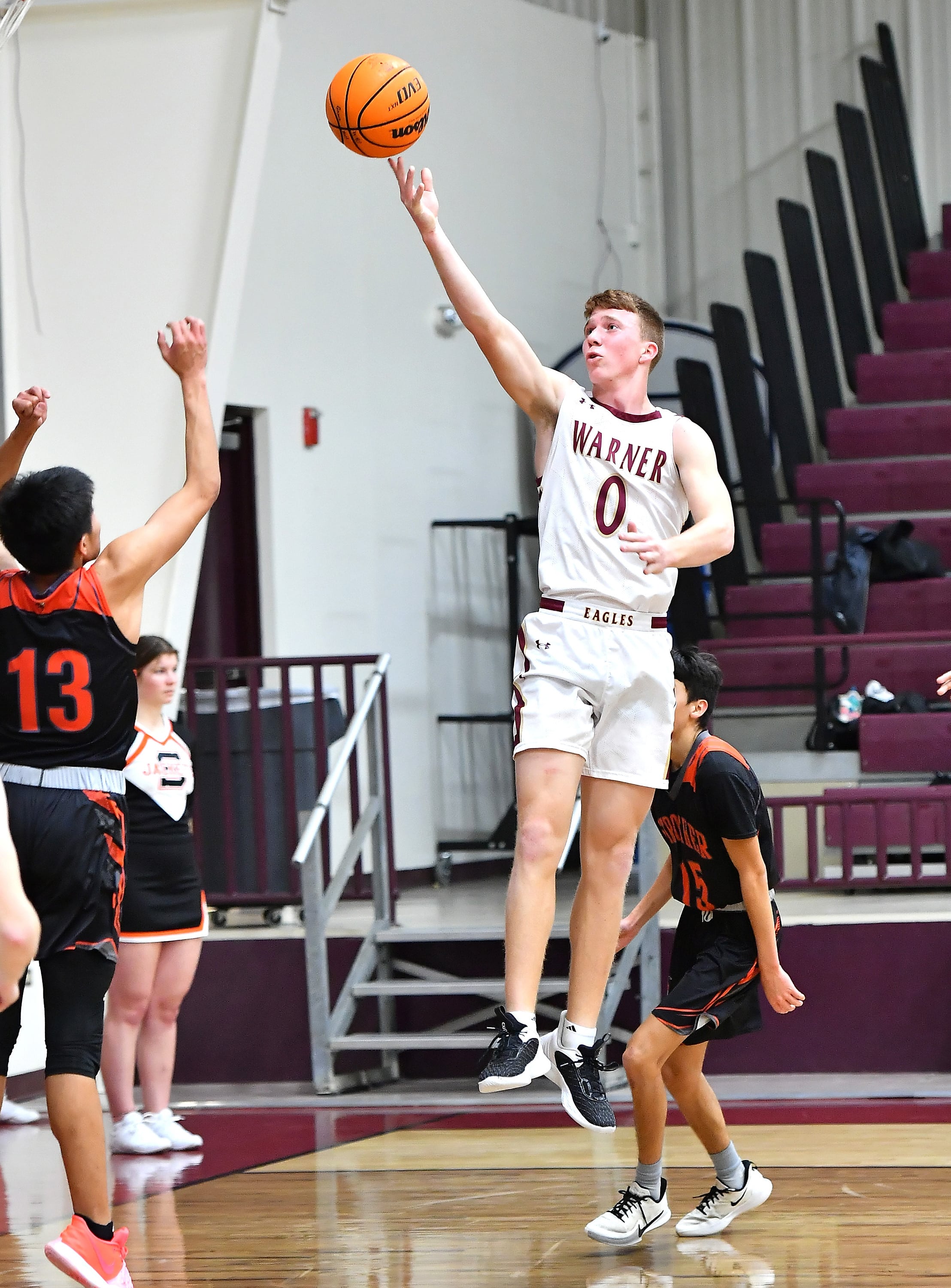 WARNER – Down by as many as 16 points during the contest, the Warner Eagles (4-8) made a run in the final period to get within 3 but fell short to the 6-8 Strother Yellowjackets 48-44.

The Jackets broke out on top early with three pointers from Gabe Fiegener, Garrett Yesslith, Ruben Lopez and Jeremiah Lena.

Fiegener had two from beyond the bonus line in the period to lead Strother to an early 15-6 advantage.

In the second period, Yesslith took the helm scoring 7 of his team leading 20 points on the night. Yesslith went a perfect 6-for-6 from the foul line, all coming in the final period.

The Eagles were led by Jaxon Cash 14 points and Jace Jackson with 11 points.

The second half went better for Warner scoring 14 points in each of the final two periods, but they were forced to foul late to attempt to close the gap.

Yesslith’s 6-for-6 from the line helped Strother seal the deal.

The Eagles will take to the court again on Thursday in the Kiefer tournament while Strother heads for the Allen tournament.