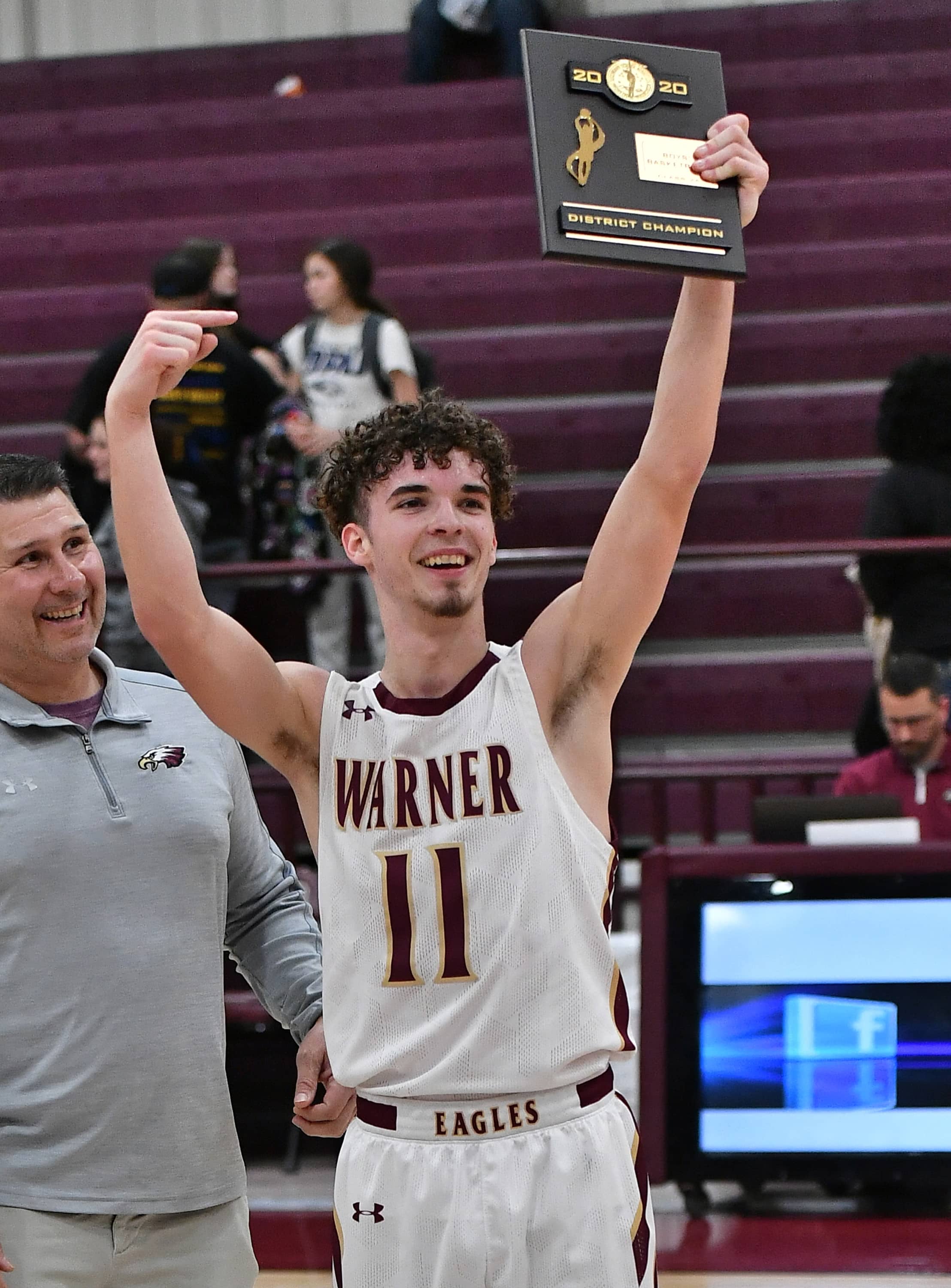 View/Purchase Game Photos
Sign-Up CSSN Subscription
WARNER – The Warner Eagles found themselves in a close battle for the OSSAA, Area II, District 8 Championship Friday night against the Gans Grizzlies (13-9) but managed to finish strong to capture the District title 68-61 and advance to the winners’ bracket in the Regional Tournament.

Jack VanDaley had it raining 3-pointers to open the contest. VanDaley posted seven from beyond the arch out of eight attempts for the game and was 6-for-7 from the charity stripe for a game high 37 points.

Camden Chappell and Landon Swallow were also in double figures for the Eagles, Chappell with 14 points and Swallow with 13.

The game was tied after one period at 17-all and the Grizzlies trailed by jut 4 points at the half. It was the third period that made the difference for Warner. VanDaley hit for 20-points in the period, four times from 3-point range along with three from the floor and two from the foul line. Chappell added a 3-pointer and a free throw and Haden Peters netted one from the floor to add to the Eagles 26-point period.

The Grizzlies were led by Keith Renfroe with 22 points, Gabe Brunk with 14 and Jameson Henry with 12.

Both teams will advance to the Regional tournament opening rounds at Warner Thursday February 27th with the Grizzlies (14-9) facing Colcord (12-11) in the consolation bracket at 3:00 and Warner (14-9) playing 4th ranked Howe (22-3), who coasted to a District 5 title 69-30 at home Saturday. That Regional semi-final winners’ bracket game will be at 8:00.