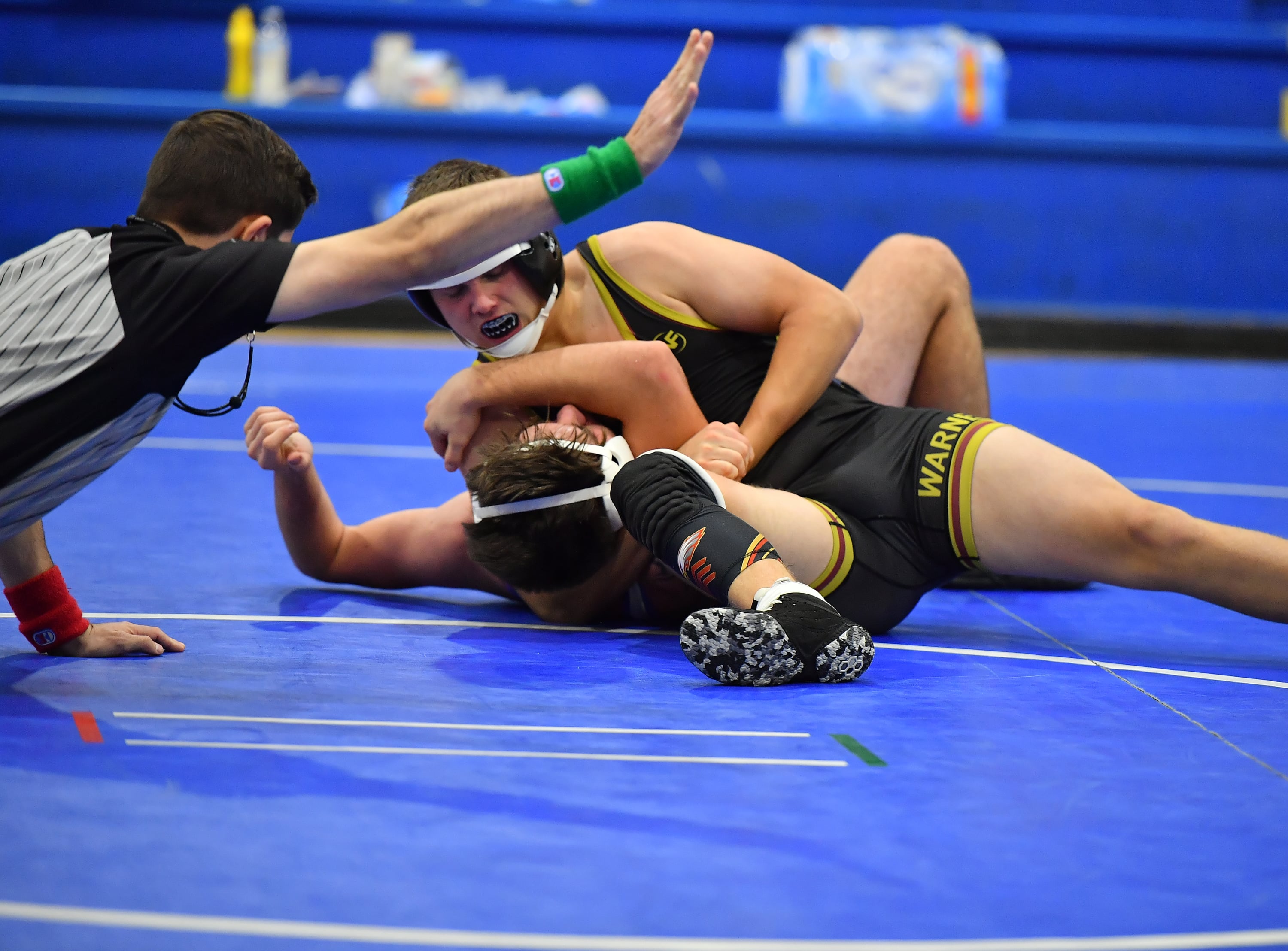 CHECOTAH – The Warner Eagles traveled to Checotah Tuesday night to take on the Wildcats in a dual that was both teams opening matches of the season with Warner squeaking out a team win 39-36.

The evening began with the Junior Varsity wrestlers holding exhibition matches. Although not counting towards season records there was no lack of effort from either team.

The varsity took the floor with a rather uneventful start with Leland Phillips of Checotah winning unopposed in the 106 lb. class earning 6 team points.

Peydon Seibert returned the favor for the Eagles at 113 lbs. to even the match at 6 all.

The first challenge match of the night went to the Wildcats Sam Anderson by pinning Warner’s Taylor Moore in the 120 lb. class.

Another Wildcat Keith McLarn pinned the Eagles Sean Moore at 132 lbs. for an 18-6 Checotah lead.

The Eagles then went on a run winning four matches in a row. The 138 and 145 classes were both won by a pin for Xander Torix and Cole Mayfield for 12 Warner points. Preston Cannon and Turner Jones turned in the most closely contested match of the night with the Eagles Cannon winning 4-2 for 3 points for Warner that turned out to be the difference in the team score.

With forfeits wins at 195 and 220 lbs. by Austin Spradlin and Jacob Renfro the match was out of reach for Checotah at 39-30 however, they would end within 3-points via a Wildcat win by Kyler Puncil in the final match of the night at 285lbs. to bring the score to the 39-36 final.

The Wildcats will remain home to take on Henryetta and Warner will travel to the Chuck West Tournament Friday before returning home for a tri-exhibition meet with teams from Van Buren and Gravette Arkansas.