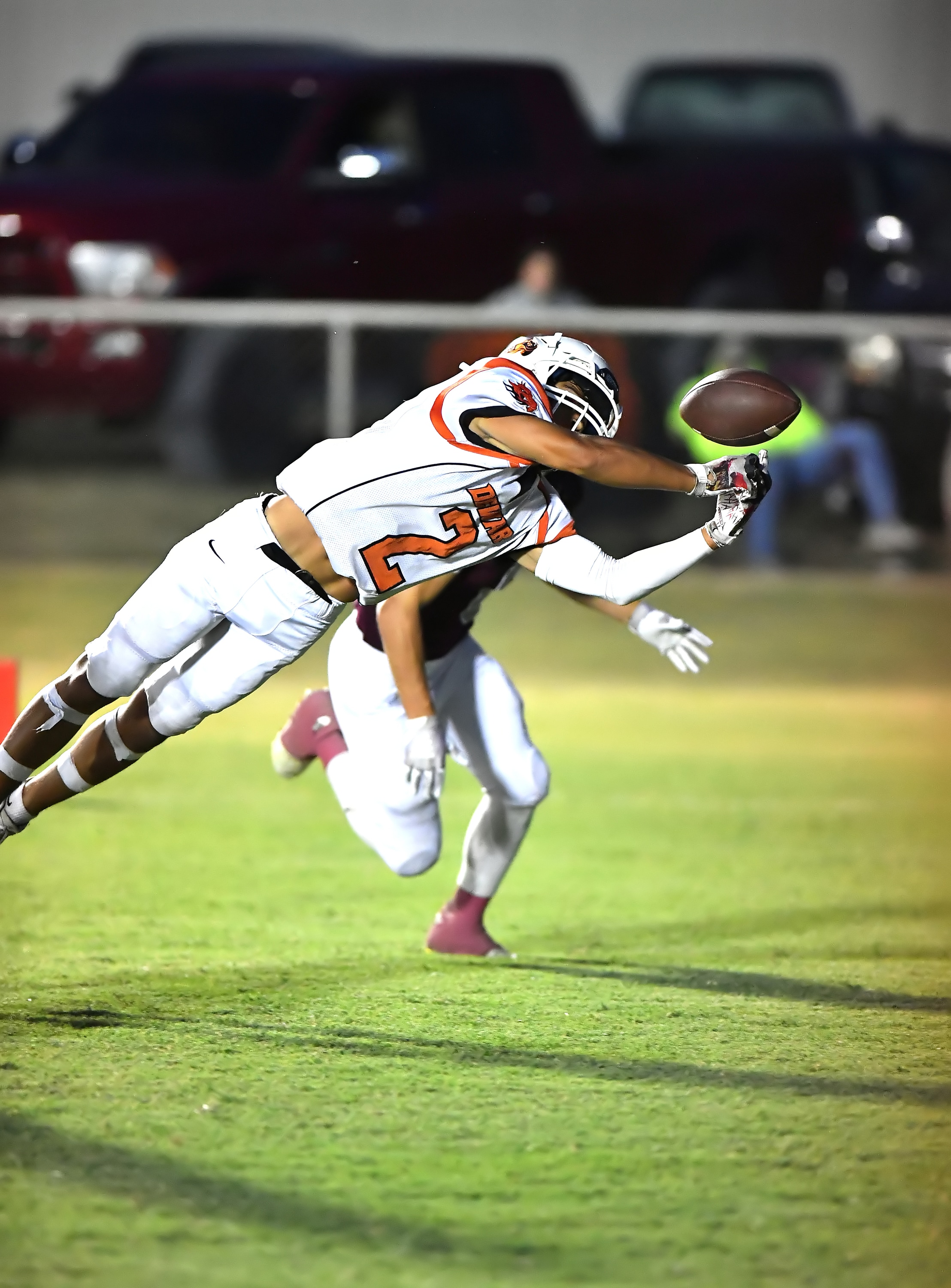 The Dragons have not had a game yet this season that has gone the distance, they have consistently ended all of their games early by outscoring their opponents by 40 points or more before the end of regulation time.

Friday night was no exception. With 8 minutes remaining in the third quarter Dewar scored on a rushing TD that put the Dragons over the mark to end the contest early.

Zack Mullen opened the scoring for the Dragons with 5 minutes remaining in the first Quarter, with a 50-yard scamper down the left side for a score. Mullen also added a 2-point conversion after a Nevin Corbin TD later in the second period.

Corbin provided the heat for Dewar scoring four touchdowns on the night and converting two 2-point conversions for his 28-point game total.

Christian Cargola scored the other TD on a long scamper late in the first half, on the first series after a Warriors had just rushed for their only tally of the game.

The Dragons will return home next week to take on the Porum Panthers (3-3, 0-1) while Webber hits the road to challenge the Midway Chargers (3-3, 0-1).