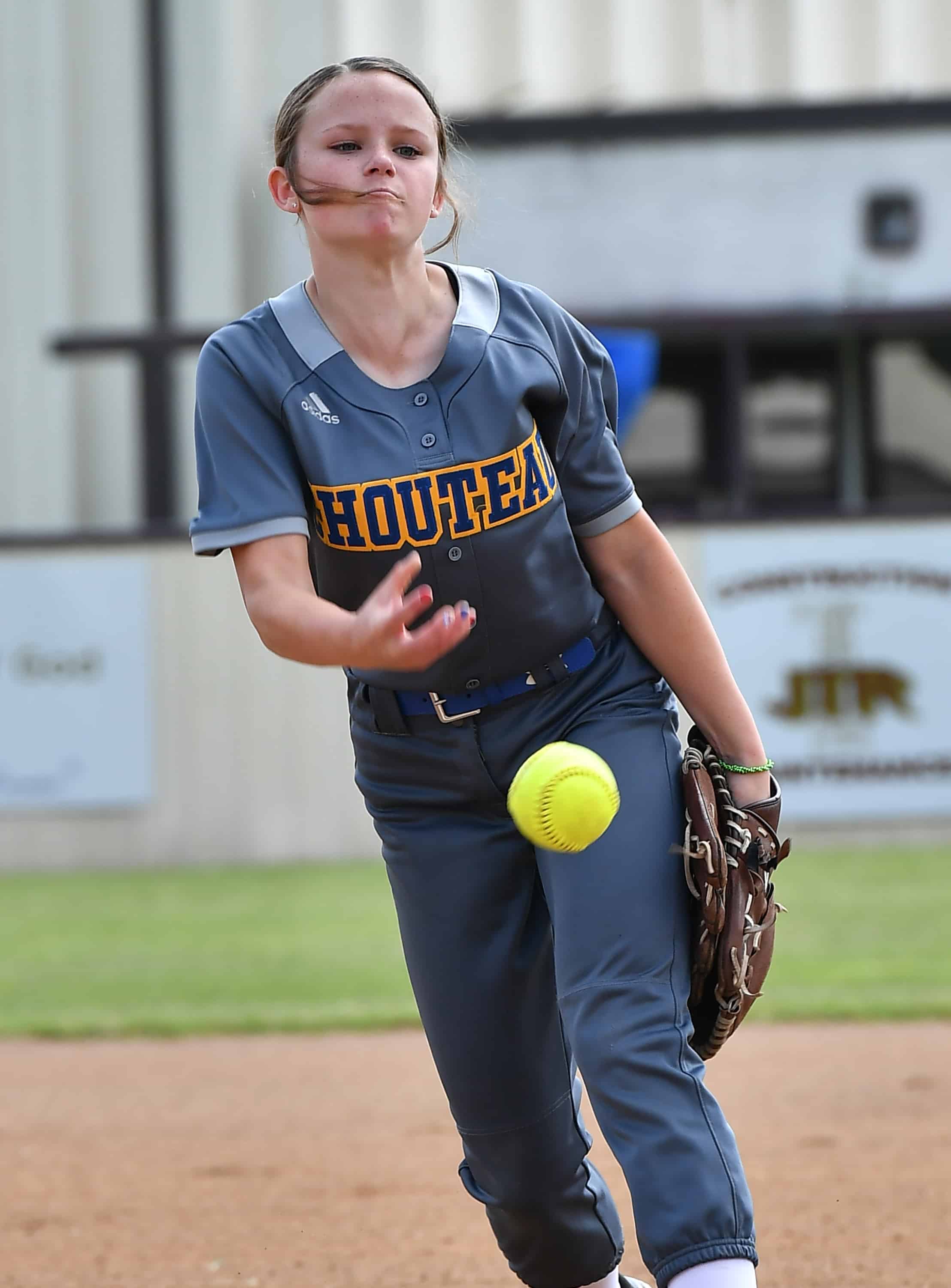 Warner – It was Junior High day at the Warner softball field with four matchups scheduled. The first contest was a cat fight between the Chouteau Wildcats and the Checotah Wildcats. Each game was scheduled for a one-hour limit with innings ending after three runs were scored.

The Summer league schedules are intended to get the maximum playing time for all the girls and are more for instruction than competition. Chouteau took command early with a three-run max first inning. Checotah managed just one run in the second while the other Wildcats finished with another three-run effort and one more in the third.